Oxford Historical Treaties is  the resource for historical treaty research and home to the full text of The Consolidated Treaty Series (CTS),

the collection of treaties of all nations concluded from 1648 through 1919.

Full text of the individual treaties from within the series are reproduced as pdf:s exactly as they appear in the printed series.

The treaty titles and introductory information are searchable for example by treaty party, citation, and date or date range. 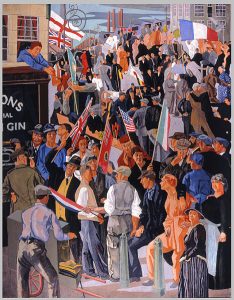 American Indian Newspapers presents the publications of a range of communities, with an extensive list of periodicals produced in the United States and Canada, including Alaska, Arizona, British Columbia, California, Nevada and Oklahoma, from 1828 to 2016. The newspapers include national periodicals as well as local community news and student publications.

American Indian Histories and Cultures contains 130,000 volumes, over one million manuscript pages, 2,000 maps, 500 atlases, 11,000 photographs, and 3,500 drawings and paintings. The collection covers not only American Indian history, but archaeology, voyages, exploration and accounts of early America, the development of cartography, Philippine and Hawaiian history, and Central and South American history.

Max Planck Encyclopedia of Public International Law is a

articles on every aspect of public international law.

The encyclopedia is updated throughout the year.

Print-friendly PDFs are available for each article.

The encyclopedia is available in the University of Helsinki network.

The Complete Counseling and Therapy Package available in the University of Helsinki until 4.6.

The Ogonek Digital Archive’s 230,000 articles and 440,000 photographs will serve as a virtual timeline tracing the Soviet era into the Great War, the Cold War, perestroika/glasnost, and today.

Amid strife, Ogonek strived for intellectual ideals through lively commentary, criticism, and satire, becoming a forum for Russian cultural thought and political discourse.

Licenses and conditions of use of electronic materials 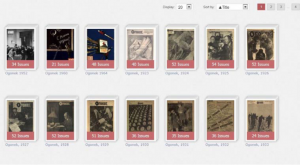 The Encyclopaedia of Islam (Second Edition) Online sets out the present state of our knowledge of the Islamic World. It is a  reference tool, an essential key to understanding the world of Islam, and not only for the religion, but also for the believers and the countries in which they live.

Feedback you can write: e-library[at]helsinki.fi

Collection provides online access to a select group of South Asian newspapers from the 19th and early 20th centuries. Featuring English-, Gujarati- and Bengali-language papers published in India, in the regions of the Subcontinent that now comprise Pakistan, and in Ceylon (now Sri Lanka), South Asian Newspapers offers extensive coverage of the people, issues and events that shaped the Indian Subcontinent between 1864 and 1922.

Feedback you can send e-library[at]helsinki.fi

BioCyc Databases  is available in University of Helsinki until 28.12.

The BioCyc databases are divided into three tiers, based on their quality.

Tier 1 databases have received at least one person-year of literature-based curation, and are the most accurate. EcoCyc and MetaCyc have each received more than 20 person-years of curation.

The development of BioCyc is funded by NIH grant GM080746 from the NIH National Institute of General Medical Sciences.

Archives of Human Sexuality and Identity: LGBTQ History and Culture Since 1940 covers topics including LGBTQ activism and the HIV/AIDS crisis. It provides researchers with the documents necessary to delve deep into the Gay Rights Movement with resources that may otherwise go undiscovered. Repositories for this collection include: Lesbian Herstory Educational Foundation; Canadian Lesbian and Gay Archives; Women’s Energy Bank; GLBT Historical Society; National Library of Medicine; among other archives.