We have just submitted a scientific article comparing the protein value of different microalgae species to that of soybean meal in the nutrition of lactating dairy cows. In this paper, we present results from physiological experiment where we evaluated Spirulina platensis, Chlorella vulgaris or mixture of Chlorella vulgaris and Nannochloropsis gaditana as protein supplements for dairy cows in comparison to soybean meal. The experiment was conducted in University of Helsinki, Finland.

The key findings of this paper: 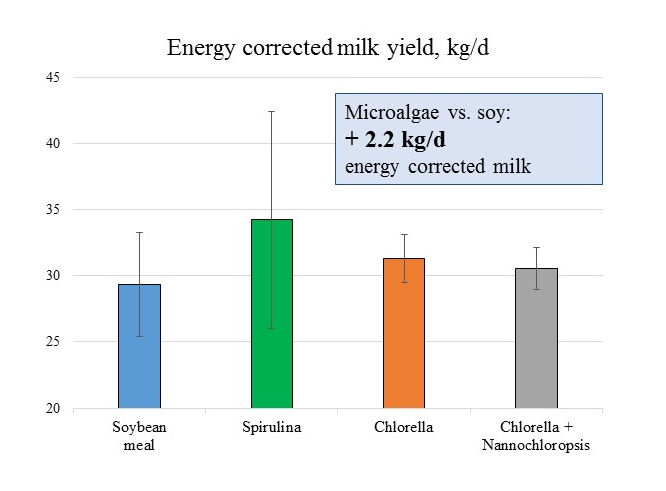 We are hoping for a quick review process after of which we are able to share more information about our recent findings! In the following papers we will prove that methionine-rich Spirulina platensis complements the amino acid composition of faba beans (Vicia faba) in the nutrition of dairy cows and study the effect of microalgae feeding on the phosphorus emissions of dairy cow production.