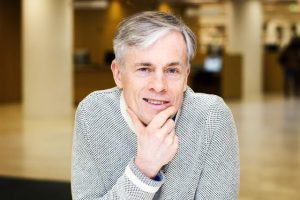 Our next Physics Colloquium will take place on Friday, November 11th. We will have a presentation given by Visa Heinonen and Mika Pantzar, professors from the Faculty of Social Sciences (UH). 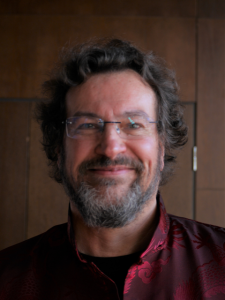 They will open the academic history of economics through the writings of two classics, John Maynard Keynes and John von Neumann. In the 1930s, Keynes questioned the policy doctrines underlying the equilibrium theory of economics, emphasized the importance of uncertainty and highlighted aggregate demand – consumption and investments – as a determinant of gross domestic product. Von Neumann, on the other hand, was a scientific all-rounder, whose early history focused on the discussion of the development of quantum mechanics and Heisenberg’s uncertainty principle. As a computer developer, von Neumann drew his ideas from brain physiology and especially from the modeling of neural networks. Economists know von Neumann as the father of game theory and mathematical economics, in specific equilibrium theory. However, practical economic policy draws only to a limited extent from economic theoretical thinking and, for example, national accounting systems affect the way we see today the dynamics of the economy. Visa Heinonen and Mika Pantzar have studied the Finnish economic policy debate using computer-assisted rhetorical analysis. According to them, for example, the prevailing understanding of the nature of the national economy’s productivity is based on biblical metaphors and gendered deep structures.

In this colloquium, titled What you always wanted to know about economics but didn’t dare to ask?, Visa and Mika will introduce us to contemporary economics. 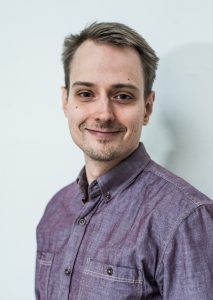 Our first Physics Colloquium for the new academic year will take place on Friday, October 7th. We will have a presentation to be given by Aleksi Vuorinen, who recently became a Full Professor in our department.

Aleksi obtained his PhD in theoretical physics at the University of Helsinki in 2004. After postdocs at the University of Washington and CERN, he established his own group in Bielefeld, funded by the Sofja Kovalevskaja award. He then returned to Helsinki as an Academy Research Fellow in 2013, where he obtained an ERC Consolidator Grant in 2016. His research interests focus on quantum chromodynamics and other quantum field theories at nonzero temperature and density, with applications to the physics of neutron stars and the early Universe. In 2022, he received the Magnus Ehrnrooth Award for his work on the application of quantum chromodynamics to the properties of high-density quark matter.

In his colloquium, titled Neutron-star cores as a laboratory for particle physics, Aleksi will present recent results on the physics taking place in the heart of neutron stars.

Neutron stars contain the densest matter found in our present-day Universe, with the density of their cores greatly exceeding that of individual nucleons. These conditions may in fact be extreme enough for the appearance of an entirely new phase of matter consisting of quarks and gluons liberated from their color confinement: quark matter. Whether this is indeed the case and massive neutron stars contain quark-matter cores is one of the major unsolved problems of modern nuclear astrophysics.In my talk, I will describe recent efforts to combine ab-initio nuclear and particle theory calculations with neutron-star observations to constrain the properties of matter inside neutron-star cores. Our earlier results have already indicated that the centers of maximally massive neutron stars behave in a way expected of deconfined quark matter – a conclusion that has recently been strengthened by our new preliminary data. I will argue that with expected improvements from both particle theory calculations and astrophysical measurements, a robust discovery of quark-matter cores is only a matter of time.

Our next Kumpula Physics Colloquium will take place on Thursday (note the change of a day!), April 21st.

We will have a talk about the design of quantum materials given by Peter Liljeroth, who is a professor at the Department of Applied Physics at Aalto University, Finland, since 2011 and heads the Atomic Scale Physics group.

Condensed matter physics has seen an explosion of activity in realizing exotic quantum states of matter in layered van der Waals (vdW) materials. The concept of designer quantum materials can be pushed even further by using 2D heterostructures where the desired physics arises through the engineered interactions between the different components.

In his colloquium, entitled Designer quantum materials with van der Waals heterostructures, Peter will illustrate the idea using his recent results on realizing topological superconductivity and artificial heavy fermion systems in vdW heterostructures. These examples highlight the versatility of vdW heterostructures in realizing quantum states that are difficult to find and control in naturally occurring materials.

Our next Physics Colloquium 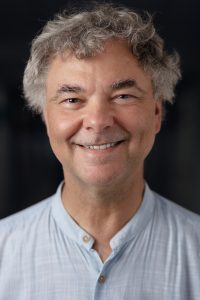 will take place on Friday, March 25th. We will have a presentation on 2D material systems to be given by Thomas Michely, who is professor of experimental physics at the II. Physikalisches Institut of the University of Cologne.

Thomas investigates surface processes, nanostructures and 2D materials. In his research, he employs scanning tunneling microscopy, -spectroscopy, and a variety of synchrotron based methods to study for example the growth, defects, magnetic and electronic properties of 2D materials and ultrathin films, and the interaction of energetic ions with surfaces and 2D materials. He has studied physics and philosophy at the University of Bonn, and has been working at the Research Center Jülich until 1997 and at RWTH Aachen until 2006. He won the Wayne B. Nottingham Prize and the Günther-Leibfried Preis in 1992, and the Gaede Preis of the German Vacuum Society in 2000.

In his colloquium, titled About 2D crystals of clusters and correlated electrons in 1D cavities, Thomas will give us an overview of recent findings on the fabrication and properties of 2D material systems.

The diversity of 2D materials systems has been increasing substantially over the last years, and each new system offers new and exciting research opportunities. While a prime route for increasing complexity is the fabrication of 2D layer vertical heterostructures by stamping, in the present talk in situ fabrication of 2D material systems with new functionalities and properties are under concern. Three surprising examples will provide insight into the fabrication and the physics of these material systems.

First we will talk about cluster superlattice membranes, a new type of crystalline 2D material for nano-catalysis and nano-magnetism being itself largely composed of amorphous carbon. Second it will be shown that doping of graphene through an intercalation layer on its backside not only fundamentally changes its frontside reactivity, but even may induce phase transition in 2D materials placed on it. Lastly we will take a look into 1D cavities in 2D materials that host strongly correlated electrons of split nature. 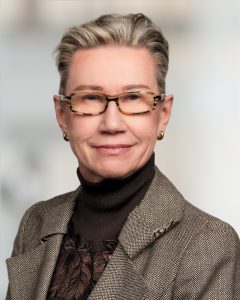 Our next Physics Colloquium will take place on Friday, March 4th. We will have a presentation on the European Innovation Council to be given by Marja Makarow, President of Academia Europaea and current board member of the EIC.

Marja Makarow’s research domain is molecular cell biology, and until 2021 she was the Director of Biocenter Finland. She is the former Vice President of the Academy of Finland (2012-2016), Chief Executive of the European Science Foundation ESF in Strasbourg France (2008-2011), and Vice-Rector (2003-2007) and Professor of Applied Biochemistry and Molecular Biology of the University of Helsinki. She is Board member of the European Innovation Council EIC. She chaired till recently Technology Academy Finland that awards the Millennium Technology Prize for ground-breaking innovations. She has been decorated in Finland (Commander of the Order of the White Lion) and France (Chevalier de l’Ordre de Legion d’Honneur) for her achievements in science, science policy and international research collaboration.

In her colloquium, titled European Innovation Council: Concept and funding instruments, Marja will give us an overview of this council and the funding opportunities it provides.

The European Innovation Council programme of Horizon Europe offers funding opportunities for academic research groups developing emerging technologies, as well as for research-based innovative start-ups to scale-up. The credo of the EIC is that while Europe’s research performance is at top level, translation of findings of fundamental research to benefits for society is lagging. The EIC programme with its 10 billion euro budget calls deep tech researchers and research-based start-ups to apply for funding and contribute to intellectual and financial growth of Europe.