Stephen Hutchings is Professor of Russian Studies at the University of Manchester, UK. His research interests cover Russian cultural and media studies, Russian and Soviet television and film, Russian and Soviet literature and literary/cultural theory. His latest book Nation, Ethnicity and Race on Russian Television: Mediating Post-Soviet Difference (co-authored with Vera Tolz) was published in 2015 by Routledge. 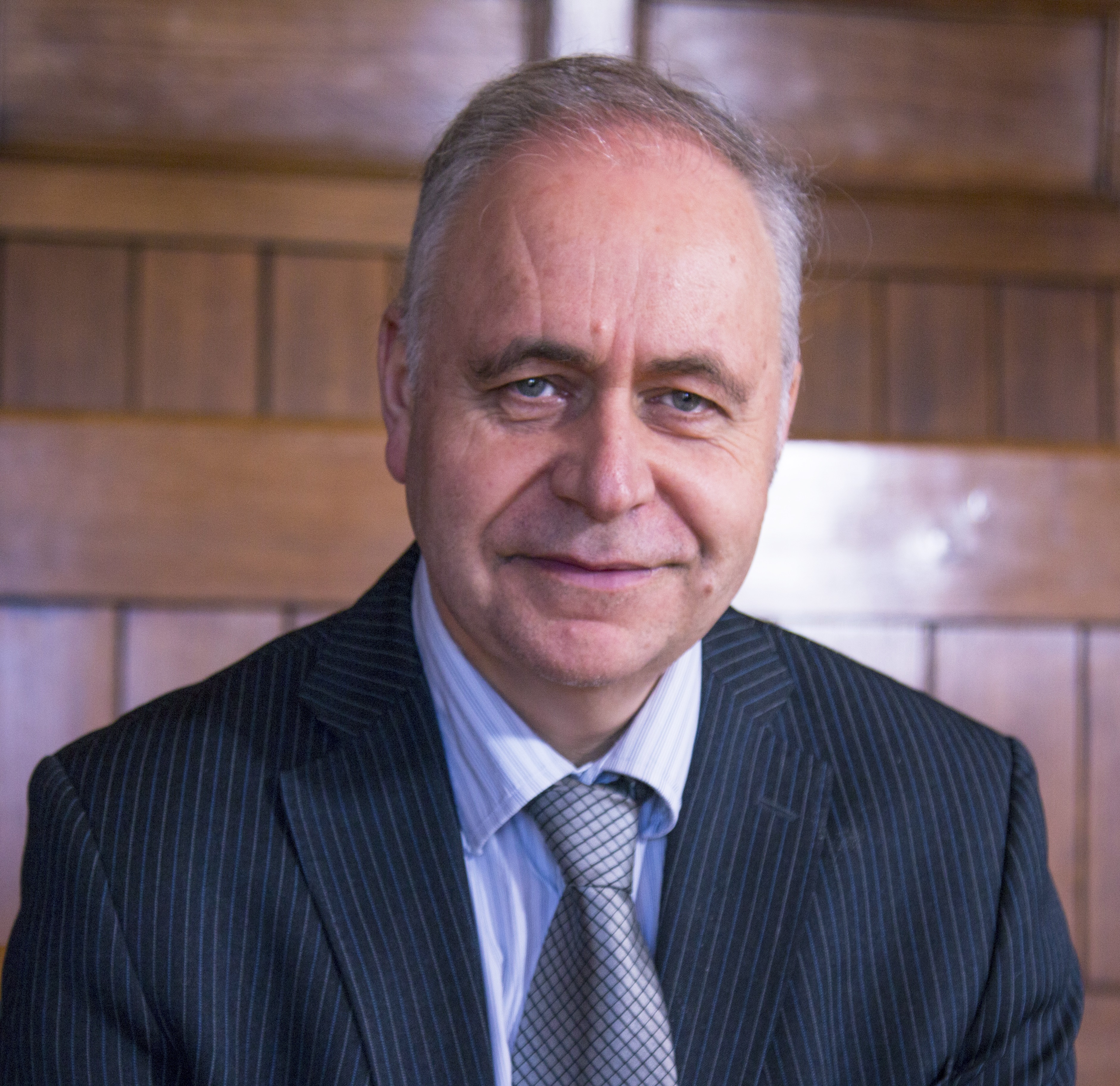 Could you tell a bit about your latest project relating to Russian media?

The new project that I lead is called ‘Reframing Russia for the Global Mediasphere: From Cold War to “Information War”’. It involves a team of 6 people and runs over 3 years. This project arose out of two concerns: the ‘information war’ that is polarizing opinion by forcing it to conform to two opposing, reductive narratives; the transformation of the global media environment by a digital revolution which is completely reshaping modes of news production and consumption and generating unprecedented forms of audience engagement and transnational identity alignment. At the intersection of these two trends is Russia’s controversial international broadcaster, RT (Russia Today). A product of both the digital era and the shifting post-Cold War geopolitical landscape, RT has achieved pariah status as alarm about its interference in electoral processes and its cynical journalistic practices grows. At the same time, the Kremlin has increased RT’s funding as it perceives opportunities for the broadcaster to exploit its grasp of new media platforms and digital cultures to tap into public discontent with the western political mainstream and capture new audiences from both ends of the ideological spectrum.

But how true an account of RT’s aims and practices is this? How successful has it really been in appealing to audiences and why? Who and where are those audiences? Exactly what kind of entity is RT, and why does this matter? By providing answers to these questions, our interdisciplinary team of Russian media researchers, historians, international relations specialists, computer scientists and audience ethnographers hopes to provide the first comprehensive and balanced analysis of RT. We also want to use our research as a case study that will help us understand the dramatic changes to the wider news environment of which RT is only one small part. Ultimately, we hope our project will help towards pinpointing those features of the transnational communication dynamic which cause mutual mistrust to spiral upwards, and towards combatting the stereotyping that has distorted attitudes on both sides of a conflict.

How would you describe the current state of freedom of speech in Russia?

There clearly is not Free Speech in Russia as we understand the term; independent journalism is now a very dangerous activity; the Kremlin has control over the output of the main television broadcasters and puts significant pressure of all kinds on the few independent, liberal media outlets that remain (Ekho Moskvy; Novaya Gazeta; Dozhd); opposition to the official ‘patriotic’ state narrative, with its strongly anti-western, anti-liberal stance, promotion of ‘traditional values’ and construction of a kind of cult of personality around Putin is consistently marginalised and barely tolerated.

However, there are a number of important qualifications to this broad characterisation of the situation. First, Russia is an authoritarian not a totalitarian state. As someone who lived for 2 years in the Soviet Union at the height of the Cold War, I can remember the state of fear and suspicion in which ordinary people lived, and the ideological uniformity that prevailed everywhere in the USSR. What we have today under Putin is nothing remotely like that. Secondly, the information revolution and the advent of the online world means that, irrespective of the Kremlin’s belated efforts to patrol and limit the power and reach of the Internet, the genie is out of the bottle; free speech will never be as tightly controlled as it was under communism and the Runet will remain awash with opinions of all different shades; social networking allows communication between individuals and large groups at the grassroots level on a scale that cannot possibly be systematically policed.

Thirdly, the notion of a unified state narrative conveyed un-problematically to state operatives who in turn project this same narrative across a uniform nation of passive citizens is false and simplistic on multiple levels; there are numerous fractures, disagreements and shifts in stance within Russian political elites, militating against the imposition of a single ideological position; such as they are, official lines must nowadays respond to shifts and trends in public opinion in a way that was simply not true in the Soviet period; thanks to globalisation and new technology, citizens have access to a far wider range of political opinion than was ever true under the Soviets and are therefore harder to shape in the image of the state. Fourthly, we focus far too much on news discourse, where the evidence of uniformity and state control is much stronger.  Would a film like Zviagintsev’s Leviathan (40% funded by the state, incidentally) ever have been made, let alone submitted as Russia’s Oscar nomination, under communism? Television drama is another example of a space in which it is possible to find examples of quite daring, albeit oblique, criticism of conditions in Putin’s Russia.

Lastly, we must at least consider the argument that a nation as large and unruly as Russia does not submit easily to democratic rule; look what happened when it was tried under Yeltsyn and the state ended up in 1993 ordering army tanks to shell the building housing Russia’s democratically elected parliament because of its extremist nature and threat to democracy! By the way, if people think that deposing Putin will lead to a nice, cosy liberal democracy in Russia, they are probably deceived; Putin is in many ways having to moderate and disarm forces far more extreme than himself (though he is surely to blame for having fostered the conditions in which such forces can thrive). As a final, controversial, point, are we not reaching the point at which the West’s assumption that its models of government hold the keys to universal freedom and success and that it has the right to foist these models on diverse nations across the globe is beginning to look a trifle arrogant, unrealistic and hypocritical (why, I wonder, do we not apply the same rigorous standards to China?)?

How do you see the future of media freedom and freedom of speech in Russia?

My answers to the question about the future of free speech in Russia are contained in my responses to the second question about the current position. I believe that assumptions that all we have to do is wait until the generation of rulers brought up in the Soviet period hands over to the younger, post-Soviet generation are naïve. I also think that, when Putin finally cedes power, or dies, things could easily get worse before they get better – the integrity of Russia itself is far more fragile than things appear on the surface. We’re probably wrong to expect that, when they do get better, what will emerge is a carbon copy of western-style parliamentary democracy. Moreover, the Putin regime and its mode of operation is to a large extent a product of the global dominance of neoliberalism (the benefits it derives from corruption would not be possible without it; the ‘collusion’ between Facebook/Twitter and ‘the Russian government’, intended or otherwise, relies on the ubiquitous monetisation of news and communication). That system is now under threat, of course, but it is difficult to predict what will follow it. What I am sure about is that what we do in the West will have an awful lot to do with what happens in Russia. We paid a heavy price for the aggressive, eastwards expansion of NATO and the unleashing of cowboy capitalism on Russia in the 1990s and should not make these mistakes again.