On 24 January 2019 The State Duma approved after the first reading two legislation bills to toughen penalties for disseminating certain information on the Internet. New legislation on banning false news and insulting authorities on the Internet, so-called “Klishas bills” (after the name of Andrey Klishas, author of the initiative), has already been called “scandalous” since they suggest monetary penalties and even imprisonment for the manifestation of “disrespect toward the authorities” on the Internet.

Russian Media Lab’s researcher Dr. Jussi Lassila thinks that the second and the third readings will probably make only cosmetic changes unless Putin wants to turn the tables. Below he gives his opinion on this initiative.

Can you give us a summary of what this is about? 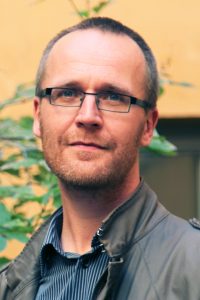 Well, it is a kind of new step forwards in the authoritarian development that we have seen for quite a while, especially since 2012 and the beginning of Putin’s third term – which could be labelled as an authoritarian turn in Russia. We have seen rather systematic and persistent trend towards more authoritarian legislation, more coercion and more repression towards all kinds of civil society practices.

In this sense, all the repressive legislation regarding internet and freedom of expression is part of the general development. This another step further is indicative because it is also related to recent discussions around changes or expectable changes in constitution. So far, the major tension and controversy has been put forward by the fact that the constitution as such is relatively democratic, particularly in terms of civic and political freedoms, regardless of the super-presidentialist policy Putin has.

It is obvious that the rulers have realised that this tension must be solved somehow. This is of course connected to the fact that according to the current constitution this will be Putin’s last term as a president. There are quite a lot of rumours going around whether some changes are coming in terms of transferring Putin’s power and regime’s position to the next period, or even changes that would allow Putin to continue as a president. Personally, I don’t believe the latter will happen, but nevertheless: here is the background.

This new legislation proposal that would criminalise any kind of clear criticism towards state representatives, rulers or state symbols is not that drastically new idea. It is merely a new and unfortunately a logical stage in the development.

Duma’s vice-speaker Piotr Tolstoi said that the legislation would not consider media per se but those who “abuse the freedom of speech”. How would you interpret this?

I think there are two dimensions here. First of all, the concept of so called ‘fake news’ which is an interesting, symmetrical response to accusations of Russia distributing and spreading them. This represents exactly the framework in which Russia has reacted on the accusations of waging information war: Russia responds with accusing West of waging information war against Russia, which Russia needs protect itself against. But, at the same time there is this idea of comparing clear criticism of rulers to some kind of ‘soft hooliganism’ – and to make it a criminal issue.

In part, the proposal resembles the extremist laws that have been in use. I think this will have direct consequences to media; nothing drastic but of course rendering their situation more difficult. it would not be unsurprising if such measure increases self-censorship

In that sense, I would say that Tolstoi’s argument tries to explain adopting the legislation as a normal procedure.

There is also a change of this being a play in which Putin will hit the stage as the good cop that stops the ‘ridiculous measures’ from taking place. If that was to happen, I think it would be a further attempt to play the common game in which the patronalistic wiseleader guides not-so-clever legislators. Moreover, in the context of potential changes to the constitution, it is not far-fetching to assume that such initiatives and discussions are tests to society and citizens. What we do know is that these initiators are close to circles responsible for constitutional legislation.