Monday started of nicely with the power of oatmeal and bread with delicious Blueband-spread. We traveled with bus from Taita Research Station to Ngangao cloud forest.  Along the way, we saw landslides that had occurred during the November-December rainy season. Luckily, the roads had been fixed. The weather was quite pleasant during the hike up the hill to the peak of Ngangao forest. Generally, it rains more on the east side of the forest compared to the right side. 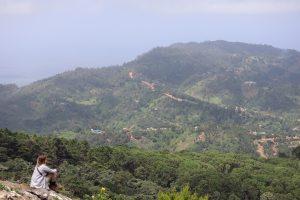 The hills are called the “Switzerland” of Kenya because of the large local height differences and good prosperity.

Approximately 90% of the tree cover in Ngangao forest are indigenous species and 10% exotics like cypress, eucalyptus and pine. Grevilleas are planted to the outskirts of Ngangao in the fields as their leaves are good for fertilizing agricultural land. The trees itself are great as carbon stocks, to catch fog and for biodiversity. Also an indigenous tree, Albizia gummifera traps rain since its leaves are suitable for that purpose, unlike Eucalyptus trees, for example. It has been estimated that the fog deposits increase the amount of water available about 20% in the area.

Since Ngangao is a conserved forest, Kenya Forest Service supervises the use of the forest. For example, firewood collecting and trespassing without permission are illegal activities. Forest fires are common in the region since fires are set out on purpose at the end of the dry season to induce rain, which is a misunderstanding unfortunately.

Deep in the Ngangao forest…

People grow maize, sweet potato, banana trees, vegetables and beans in the hills. The average farm size is only about 0,4 ha in the area. Dracaena and sisal are used as border posts between the estates in the hills and Napier grass is used for soil erosion prevention and fodder. Monkeys, rodents and birds can destroy the crops, so people keep dogs close to the fields for protection against the pests. They also use lights, fires and even human guards with slingshots to protect their crops. According to research, the larger the community is, the safer individual farm estates are from human-primate conflicts. 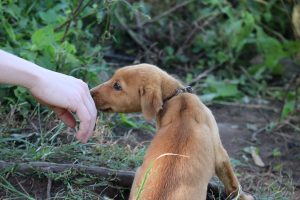 Size doesn’t matter, since monkeys are afraid of all dogs. 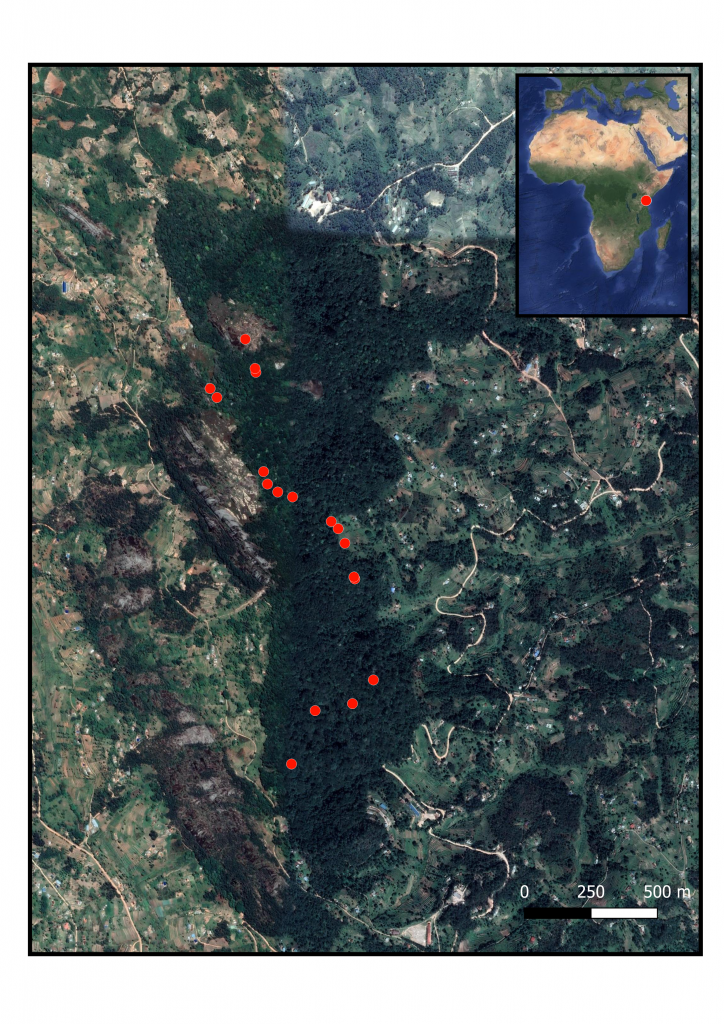 GPS waypoints along the hiking route in Ngangao forest. 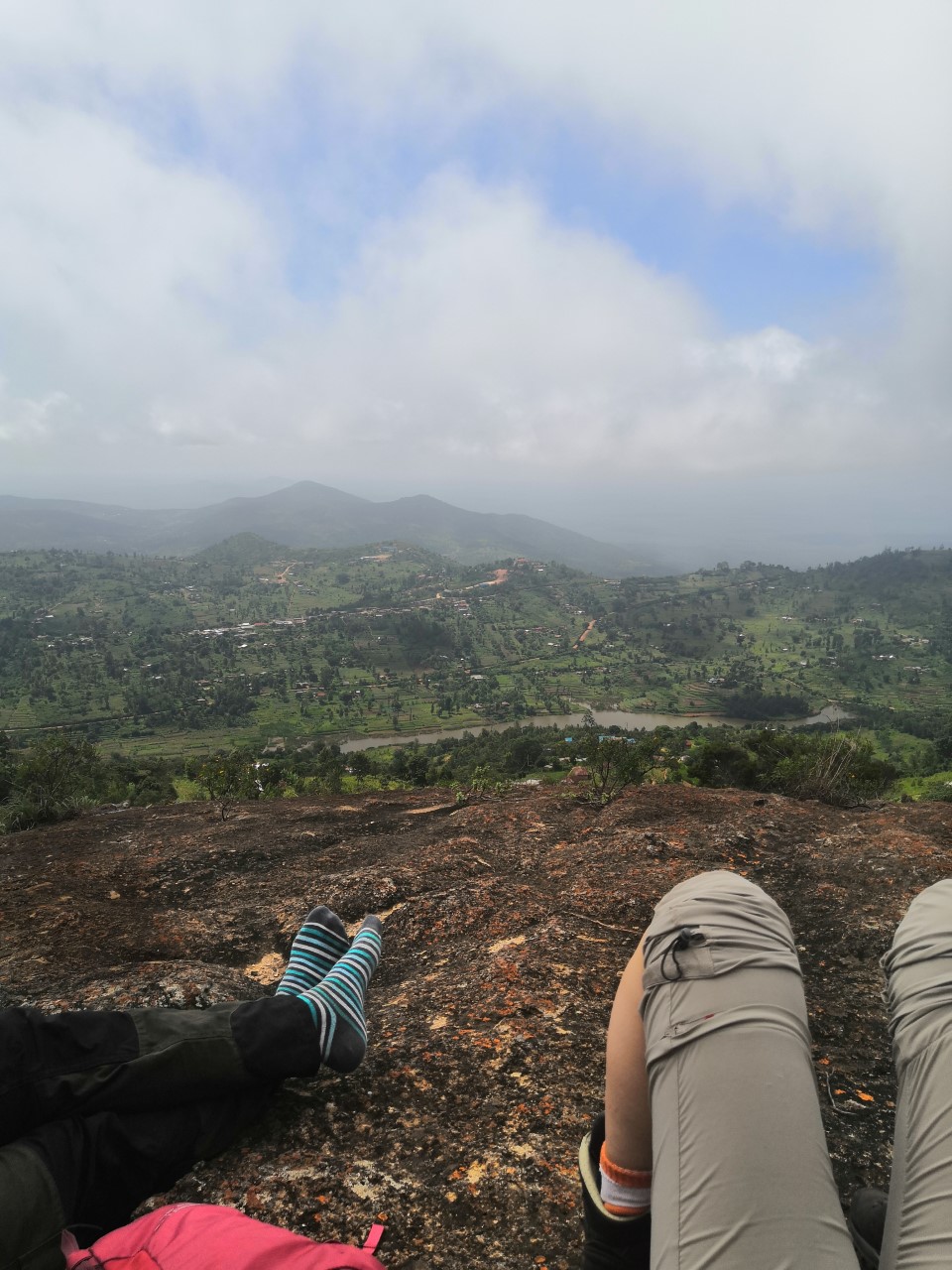 We started our hike at 1750 m a.s.l. and hiked all the way up to a peak at 1956 m a.s.l. The hike was definitely worth it, even though mosquitoes and ants bothered us. The view from the top was unbelievable!

On the way back, we visited Mr. Bobson’s farm. He uses drip irrigation on his farm, which is a great method especially during the dry season. It takes less water since the whole field doesn’t need to be watered. In addition, drip irrigation takes less labor and less weeding. Mr. Bobson doesn’t have to use so much gas either, since the water comes down the hill due to gravity. The method isn’t as suitable for low land areas because of flooding and silt that can block the system. 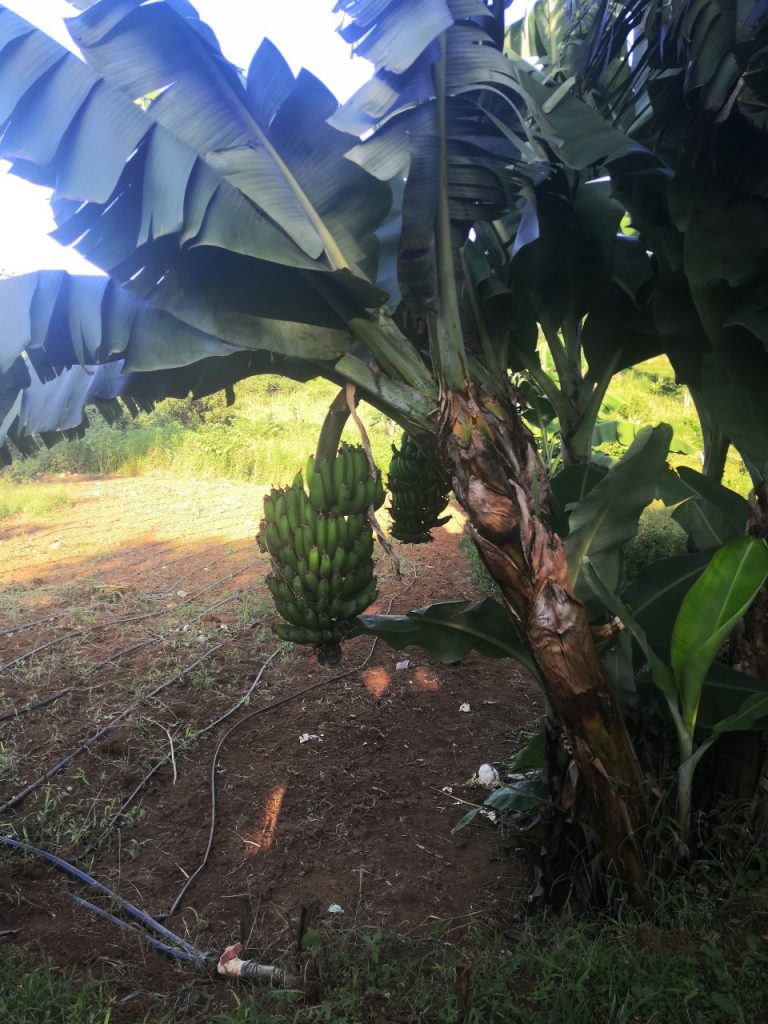 Mr. Bobson is planning to plant Spinach seedlings on the field. He also grows banana trees next to the field.