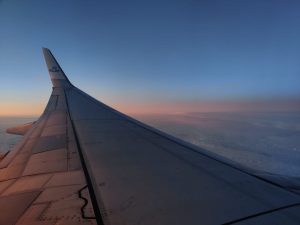 The journey back home started already yesterday morning and all-day drive on dusty Mombasa highway and continues today. I was part of team KLM and our flight took off from Nairobi just around midnight. Before that some were enjoying the lounge experience and some doing last-minute souvenir shopping at the airport. The flight to Amsterdam was eight hours long and we were warned of strong turbulence which did occur. The flight passed while talking about the highlights of the course, viewing the dumbest pictures, enjoying drinks and sleeping. After the Kenyan countryside, where air-con is a term unknown, I caught a runny nose from the air-conditioning on board.

After landing to Amsterdam at 6.10 AM our group slip into even smaller parts. Half were flying home around 9 AM and Sanna, Toni and myself stayed back to enjoy Amsterdam until 2 PM. Sanna and Toni spent a laid back morning on Schiphol Airport while I took the train to Amsterdam Centraal to explore a bit. By my arrival to the city, it was still pitch-dark and quite. I strolled around in the city that was about to wake up and was feeling cold after African heat. I strolled along canals, past Bloemenmarkt and beautiful churches and enjoying a second and third breakfast (first one was on the plane). It was great to finally have good coffee and mobile data handy at every corner. I wanted to visit Amsterdam cheese museum but they weren’t open early enough and also decided to just admire Anne Frank Huis from outside. 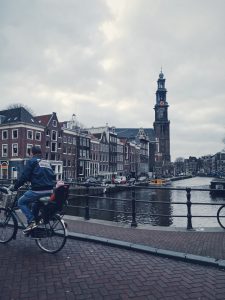 After a couple of hours of wandering around, it was time to head back to the airport and this time to home. So, I took a train towards Bruxelles and alighted at Schiphol. At that point, I passed the 6th security control in 24 hours. While we were waiting to board our flight, the earlier KML group had already landed and some were enjoying cold-smoked salmon on rye bread.

The last three musketeers standing on our flight were all tired and I slept most of the flight. Finland welcomed us with an extremely foggy hug (seriously, you couldn’t see the ground at all before landing) and freezing rain. Everything worked smoothly although the weather was a bit of a shock. When they were checking tickets on P train two stops after Helsinki-Vantaa, I felt like I was home. I went to the convenience store around my place and bought two packets of rye bread and Geisha Cappuccino chocolate bar (delicious!) and spent the rest of the day doing laundry, showering and enjoying fresh bed sheets. 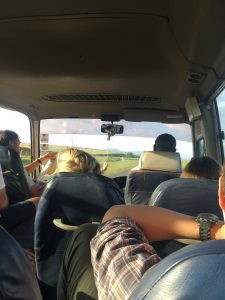 The bus was filled with tired students, somewhat happy to be returning home. The atmosphere was certainly bittersweet, since looking back it had overall been a very successfull two weeks on the field course. We felt ourselves rich with our newly gained experiences and memories. 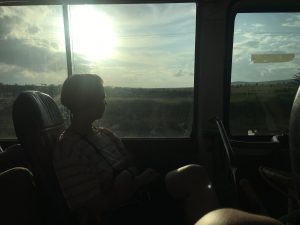 We were blessed with final strays of sunlight before we would have to return back to the darker days of Finland. Enjoying the amazing views and even better company, our field course was finally going to end. Though not before spending a full day in the bus traveling, and having a lunch at the same Sikhi temple in Makindu, that we had visited also on our way to Taita in the beginning of the trip. 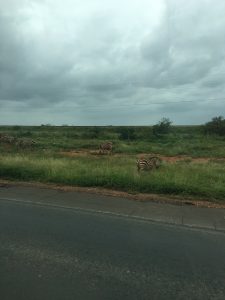 One of the most amazing things during our field course would be the different kinds of animal encounters. How astounding was it to casually pass by zebras or elephants while driving on a highway, like we did again on the way back to Nairobi.

As we drove on, the landscape began to fill with more villages, people and bigger infrastructure. With the first signs of the airport we knew we would have to part ways.

The Qatar and KLM groups would be going to different terminals and the course officially ended. While we hugged goodbyes it still didn’t stop us from meeting once more after the security check.

After having had rather expensive airport meals, we boarded and started our journeys. Our Qatar group towards Doha. 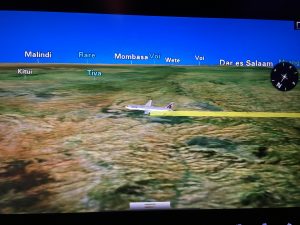 During the flight, while most of us were sleeping the whole time, the rumour says that one of us was engaging with other passengers about intriguing topics of life. 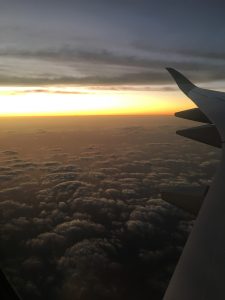 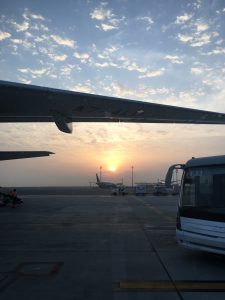 Having spent over a week in a place where hot water was scarce, best nightlife company were the moths and infrastructure very different, felt the Airport of Doha overly fancy and out of this world.

While our trip came to an end, it didn’t stop us from enjoying each others company to the fullest in every opportunity. Would it be by playing cards, doing a stretch between flights, dancing or making cartwheels at the gates. 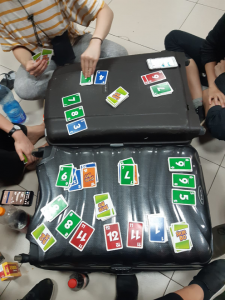 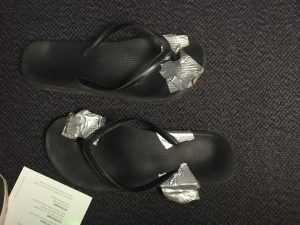 While we returned home, it felt like a piece of us was left behind (like the flip-flops on the picture above).

Maybe in the future we would have the opportunity to return to Kenya once more.

The last morning began like the previous ones – with a good breakfast. After enjoying our breakfast, we went to the research station’s lovely backyard to plant the Guava tree Petri had got as a gift from us the previous evening during the course party. Petri gave a short but meaningful speech before the tree planting, thanking Robert, our minibus driver, and us assistants who got to be the ones to plant the Guava tree.

As a response to Petri’s talk, Robert also gave a small speech to all of us seemingly from his heart. After the planting, the station foreman Mwadime gave his delightful speech as well. Overall, the atmosphere was relaxed, and everyone seemed to be thankful for their experiences.

There is a tradition of planting trees in the research station in a memory of events and people. This tree is meant to be a long-lasting memory of us students and this field course to Petri and the station staff. I certainly hope that this tree will grow as large as the tree planted next to it. At least for now it looks well!

The students who got to leave for Finland had packed their belongings and were getting ready for their long drive back to Nairobi. Me and Christa were going to stay due to our own fieldwork for our theses.

Because of the long drive ahead of them, the students about to leave were doing a fun group exercise to stretch. Then it was time for them and Petri, Enrico, and Gonzalo to say their goodbyes, head to the minibus, and drive out of the station’s gate.

I got to plan my following week of TLS fieldwork to be done in Taita Hills Wildlife Sanctuary with Eduardo and Matheus, while Christa was doing her fieldwork in Ngangao forest.

For me, the excitement of being in Taita Hills did not fade during our remaining days there! 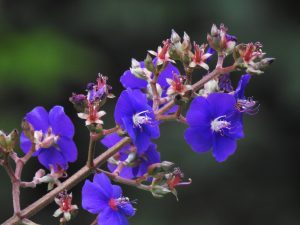