60 years of food and environmental hygiene

In terms of both teaching and research, the 60th year of the Department was successful and busy. The year 2019 was the 60th anniversary of the establishment of the professorship in food hygiene, and the Department celebrated its journey as a promoter of safer food, a healthier environment and one health. As the main occasion of the anniversary, an invitation-only event with the theme of 60 years of food and environmental hygiene was held at Think Corner on 3 May 2019, accompanied by a public event on hygiene and Finnish regulatory intricacies. Additional excitement to the anniversary was added by the recruitment processes of the Helsinki One Health organisation, as well as the international accreditation process for veterinary education, culminating in a visit by the assessment group in September. Throughout the year, the departmental staff prepared for the assessment carried out under the European System of Evaluation of Veterinary Training, for example, by collecting data for the self-assessment report and contributing in committees that were drafting the self-assessment. During the September visit, the assessment panel familiarised itself with the facilities of the Department and the education provided by it. The group expressed particular interest in online teaching and the departmental custom of introducing research to undergraduate students through, among other things, a summer school. The teaching offered by the Department was commended in the assessment.

The year also included some bittersweet moments, as Associate Professor Mirko Rossi as well as Director of Department and University Lecturer Mari Nevas transferred to new positions. In September, the position of director of department was assumed by Elina Säde. 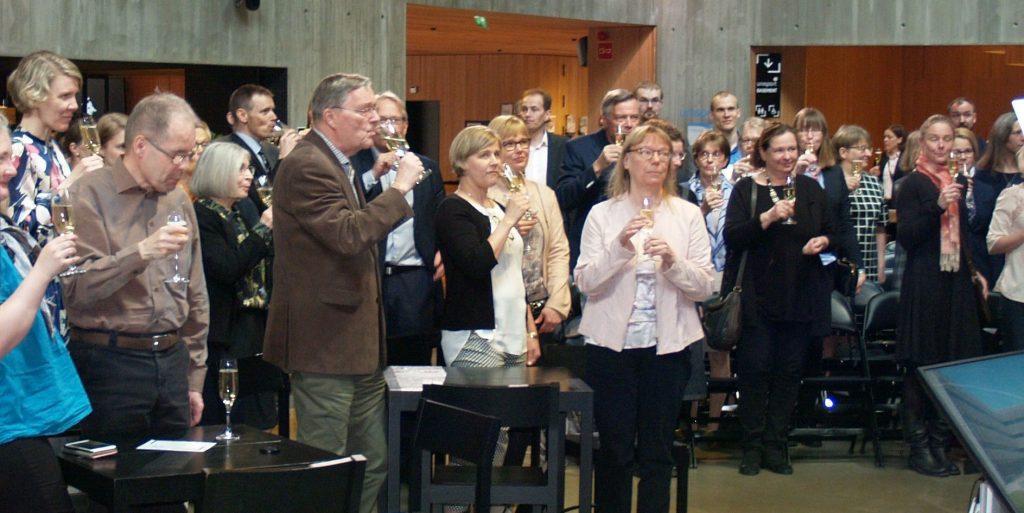 The Think Corner event on 60 years of food and environmental hygiene was attended by a large group of former and current employees of the Department, as well as past and present partners.

The professors and group leaders had the following to say about the year’s key events:

Professor Johanna Björkroth was nominated to the international advisory board of the Swedish University of Agricultural Sciences (SLU). The group continued its activities in the field of food spoilage studies, with metabolomics as the latest technique used. In publications co-authored with Aarhus University, NMR analyses were utilised to model spoilage alterations in tuna and salmon, as well as the factors impacting them. Glucose and trimethylamine N-oxide were identified as the key precursors of spoilage in salmon, while lactate and amino acids were found to be significant carbon sources for spoilage bacteria in tuna.

Of the university lecturers, Riikka Keto-Timonen continued as director of the Degree Programme in Veterinary Medicine, focusing on research on the cold tolerance mechanisms of Yersinia pseudotuberculosis. Yagmur Derman spent six months at the Pasteur Institute in Paris as a visiting scholar in Professor Lemichez’s group, focusing on botulinum research. Elina Säde carried on her research on microbes responsible for spoilage and the antibacterial properties of lactobacilli.

Annamari Heikinheimo was appointed on 1 August 2019 as assistant professor of zoonotic antimicrobial resistance. The position is shared by the Faculty of Veterinary Medicine and the Finnish Food Authority. Thanks to new appointments, the group was joined by Satu Olkkola, DVM, from the Finnish Food Authority. The group also launched its LEGO (Learning Genomics for Food Safety) project under the Erasmus+ scheme, with the aim of developing an online training platform that supports the processing of microbial genome data, among other things.

Students gave positive feedback on the Food Hygiene course in 2018, and sixth-year students nominated Elina Säde as the Teacher of the Year. When the course was given in the autumn term of 2019, paper-based examinations were replaced by electronic examination arrangements. Elina Jääskeläinen, who coordinated the organisation of the summer school for 2019, joined the rank of teachers in food hygiene for the autumn term.

Professor Maria Fredriksson-Ahomaa was appointed to the scientific advisory board of the Friedrich Löffler Institute in Germany for a four-year term.     In the beginning of August Maria began serving as the vice-dean in charge of bilingual and international affairs. Maria’s research focused on food-borne hazards occurring in game. Riikka Laukkanen-Ninios served as the contact person for the EU COST-RIBMINS (Risk-based meat inspection and integrated meat safety assurance) project, which commenced in spring 2019. Eija Kaukonen continued the development of poultry-related teaching in the meat inspection course and the slaughterhouse hygiene course. In June Elina Felin, LVM, defended her doctoral dissertation entitled Towards risk-based meat inspection: Prerequisites of risk-based meat inspection of pigs in Finland.

In the summer of 2019 Rauni Kivistö hosted Doctor Beata Wysok‘s (University of Warmia and Mazury in Olsztyn, Poland) researcher visit. The purpose of the three-month visit was to provide instruction in new analysis methods for whole genome data and in their application in research cooperation. In addition, a licentiate thesis on the occurrence of campylobacteria in the liver of Finnish bovines was completed under joint supervision by University Lecturer Riikka Keto-Timonen. In the autumn term, Sara Kovanen, DSc, substituted for Mirko Rossi as the university lecturer in environmental health. Rauni Kivistö was appointed the coordinator of the discipline of environmental health and a member of the committee for the standardisation of microbiological methods for drinking water coordinated by the Finnish Environmental Institute SYKE (2020–2024).

Key research achievements in food and environmental toxicology included the mapping in vivo of the toxicity profile of a new and promising AH receptor agonist molecule synthesised by a Swedish partner of the group, as well as an extensive effort utilising genetic and transgenic animal models developed by Professor Raimo Pohjanvirta that employs genomics, transcriptomics and proteomics to survey genes central to dioxin toxicity in mice and rats. Additionally, toxicological studies focused on the role of the AH receptor in the avoidance behaviour of rats associated with new feed, demonstrating that the effect of lithium chloride, a classical model substance for conditioned taste aversion, depends in rats on their AH receptor activity.

In a research group focused on viruses headed by Leena Maunula, Maija Summa defended in August 2019 her doctoral dissertation entitled Human Noroviruses: Detection in Food and New Transmission Routes. The study developed rapid methods for analysing food and investigated the potential for pet dogs as well as rats and birds living in landfill sites to spread the human norovirus in both home conditions and the environment. Doctoral student Linda Loikkanen, LVM, served as the immediate supervisor of Anna Solastie’s master’s thesis, which focused on the inactivation of noroviruses in berry purees by high pressure treatment. 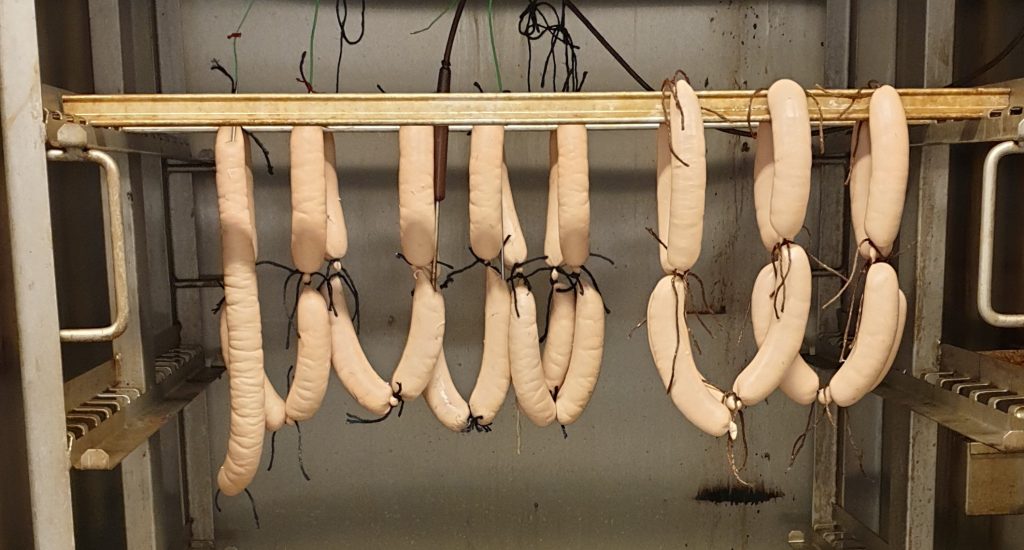 Linda and Leena investigated the persistence of viruses in sausage manufacturing processes.

With funding from the Ministry of Agriculture and Forestry, Janne Lundén’s food safety control group launched a three-year project focused on the prevention of food fraud. In collaboration with Professor Raimo Pohjanvirta, the group organised a course on food fraud in the Doctoral Programme in Food Chain and Health, with doctoral students attending across faculty boundaries. The group also launched a two-year project on the effect of certified food safety control systems on food safety, whose results can be utilised in the risk-based planning of food safety enforcement. The Oiva project, pertaining to a system for publishing the results of food safety inspections, was concluded. Janne Lundén served as the deputy director of the Doctoral Programme in Food Chain and Health. Katri Kiviniemi, LVM, began deputising for Mari Nevas in October. 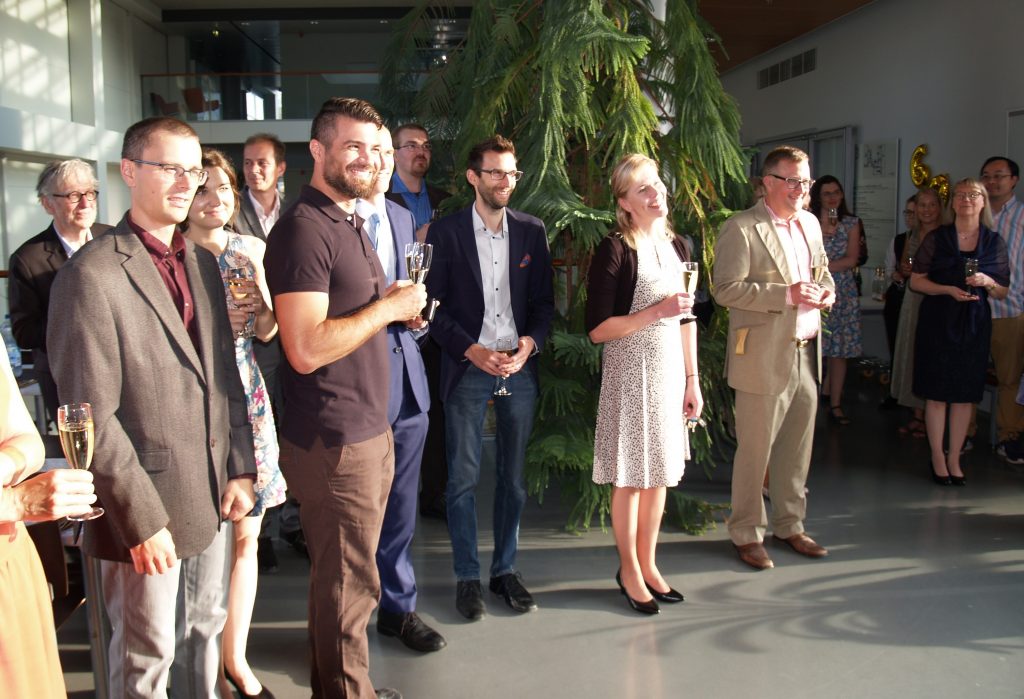 A toast was raised in the late summer to celebrate the 60th anniversary of the Department.