SINIMUSO crosses borders and creates futures. The music of this all-female group fusions Malian and Finnish traditions. Finno-Ugric runosongs and old Kantele melodies meet with Sahara blues and groovy Bambara and Bobo beats. At the moment the group is working on their debut album, which is going to be released in October 2023. 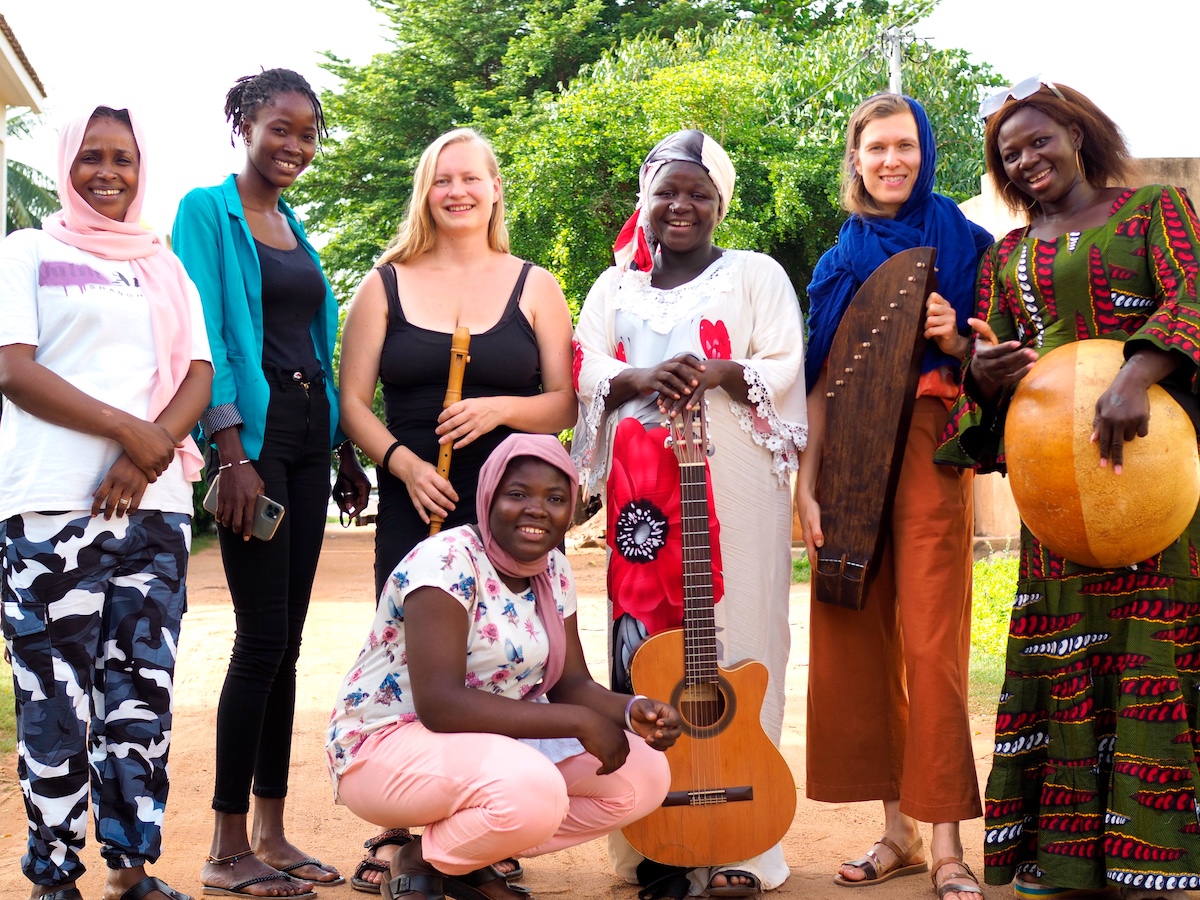 SINIMUSO brings together female musicians from different ethnic groups of Mali as well as two Finnish musicians, Jenni Hanikka and Marjo Smolander. A central person in this project is the Malian musician Salome Dembélé, whose wide networks and expertise in old Malian music traditions are a significant resource for this project. For this subproject Dembélé, Hanikka and Smolander planned a musical collaboration in which five other Malian female musicians were invited to take part. In September-October 2022 the group of women came together in Bamako for sharing their music and started rehearsing together. The band was given the name Sinimuso, “the women of the future” in Bambara.

Exchanges between different ethnic groups and intercultural collaboration is common in today’s Mali, but the position of female musicians is still weak. The main purpose of this project is to offer female musicians an opportunity to network and to learn from one another. Through a collaboration crossing many types of borders we aim to counter problems that limit female musicians’ chances to work as professional musicians. The artistic collaboration  is based on the assumption that regardless of the cultural and other differences female musicians also have shared experiences of what it is like to work as a woman in a male-dominated industry. One way of supporting the careers of the attending musicians is to publish an album of the music created together. Also performances will help the musicians develop their careers.

Researcher Elina Seye observes and analyzes the cooperation process of the musicians. The aim is to observe the interactions within the group of female musicians and to interview the participants in different stages of the working process. The goal is to focus on the intersections of gender, ethnicity, location and music tradition in the musicians’ actions and experiences and to analyze the multidirectional transculturation process during their collaboration.

This project is carried out in three different periods. The first two will take place in Bamako, Mali in late 2022 and early 2023, and the third one takes place in Helsinki, Finland in late 2023. During the two periods in Mali the musicians will share their experiences and build their musical collaboration. The second period also includes recordings and performances. The third period consists of rehearsals and performances in Finland and possibly in other European countries as well.