I took a bunch of photos with my Samyang 14 mm f/2.8 lens. We were in Suomussalmi, Kainuu, next to the Russian boarder.

At this point we are in the beginning of the Taiga so light conditions were very good. Most exposures were 20-30 s (< 500/14 to avoid star trailing) and unfortunately at ISO 3200 or higher (noise). There is post processing in lightroom. The exposure levels were raised which shows the noise. I will reprocess these later to minimise the noise but at least you can nicely see the nebular colours coming through and even the Andromeda galaxy: 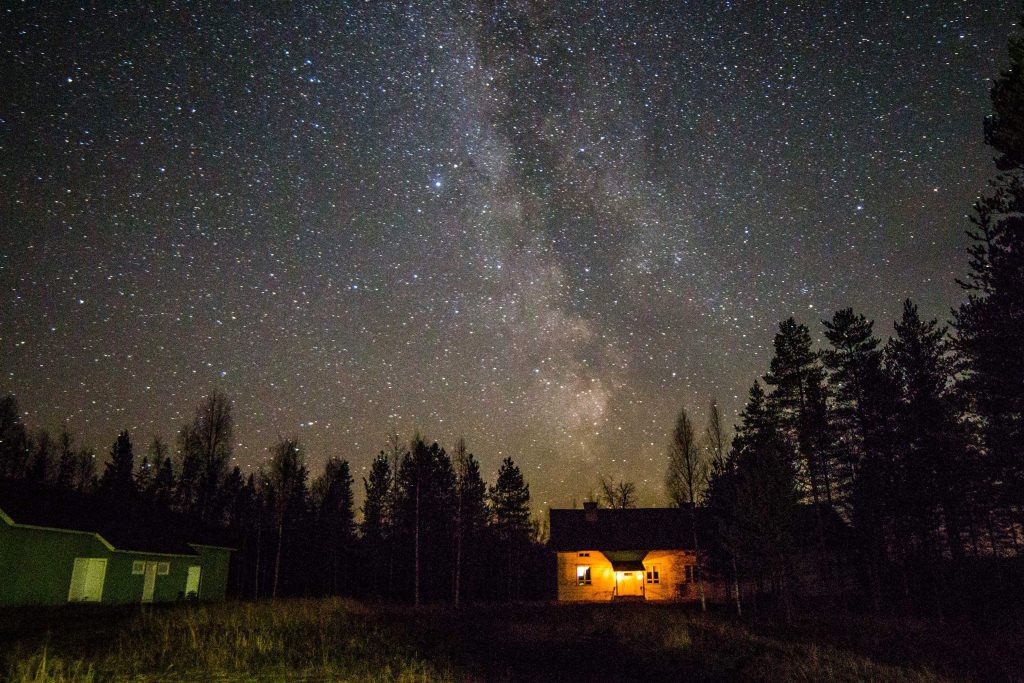 Seven Sisters are visible just between the trees 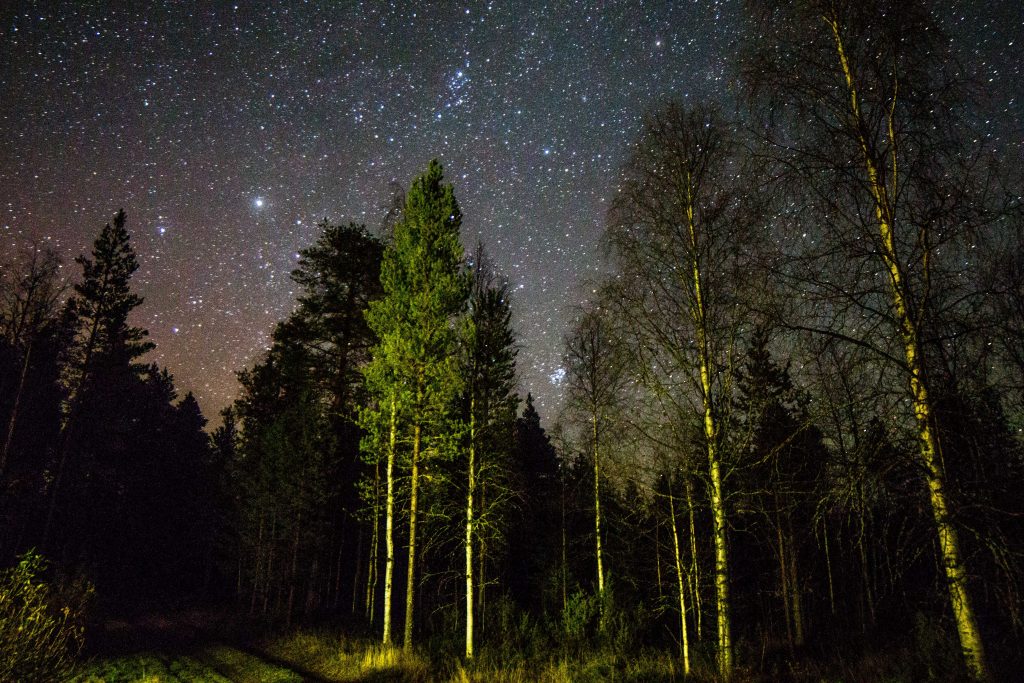 The red dot over Kiantajärvi looks like Mars. It is roughly in the correct location (~8 PM on the 5th of Oct) but not quite…. it may just be a red light in the distance….at least it looks very inspiring…almost like a proto-world from the imagination of Arthur C. Clark. The red dot and some stars are reflecting off the surface of the lake. 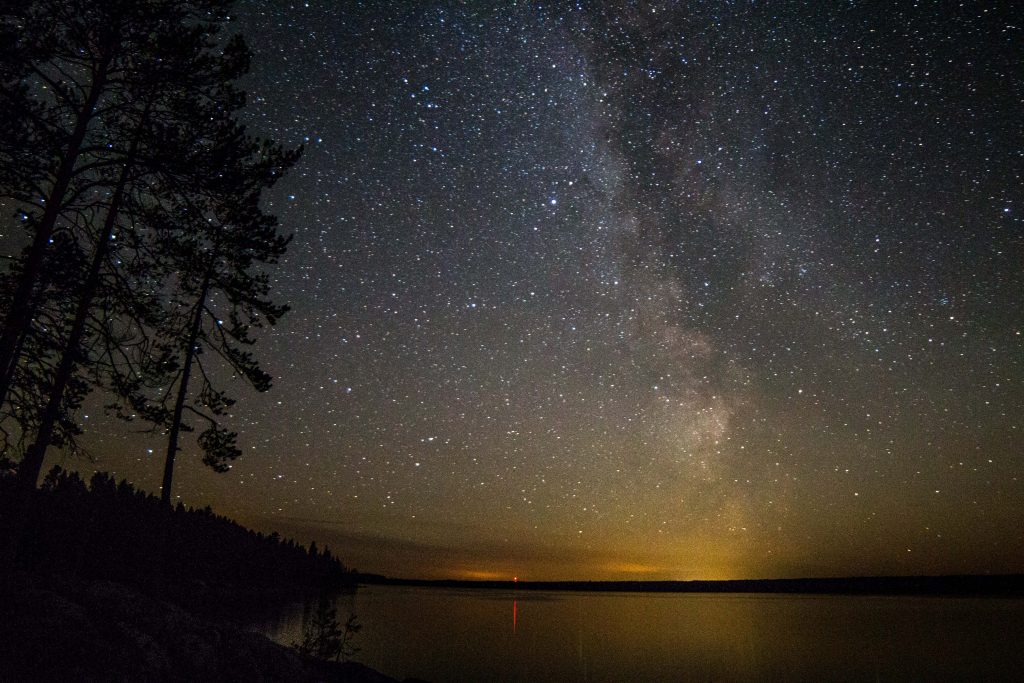 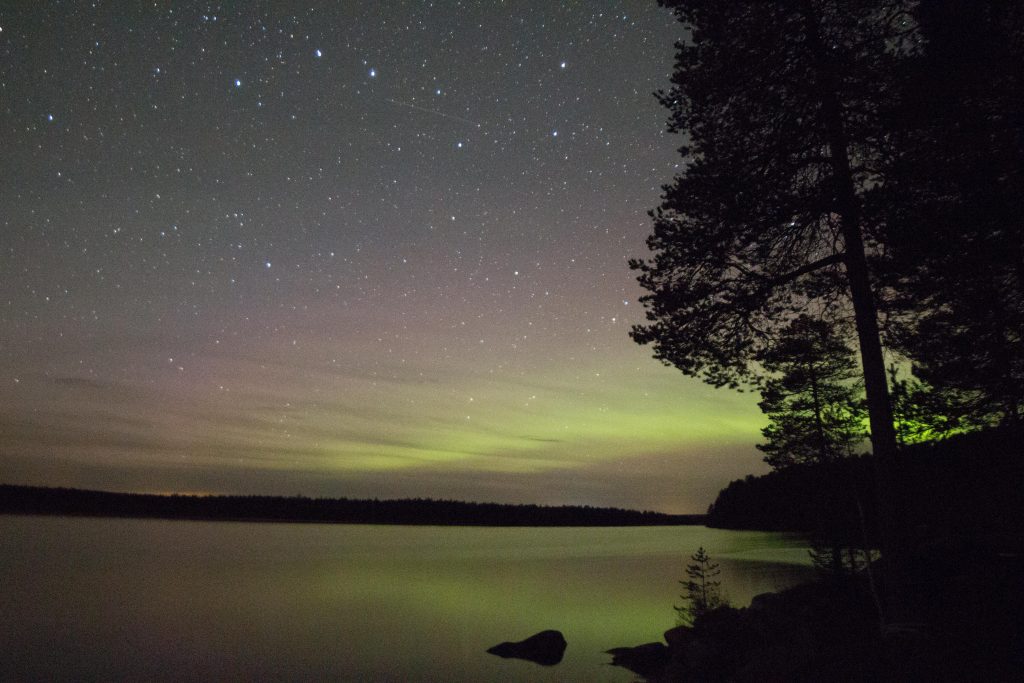 Andromeda through the pine trees 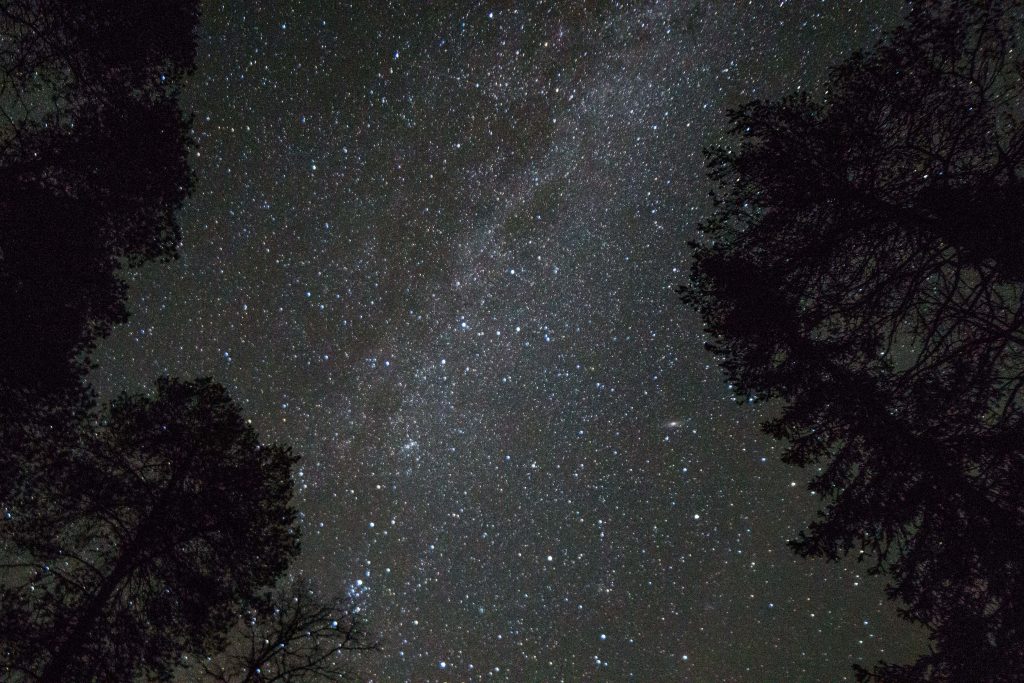 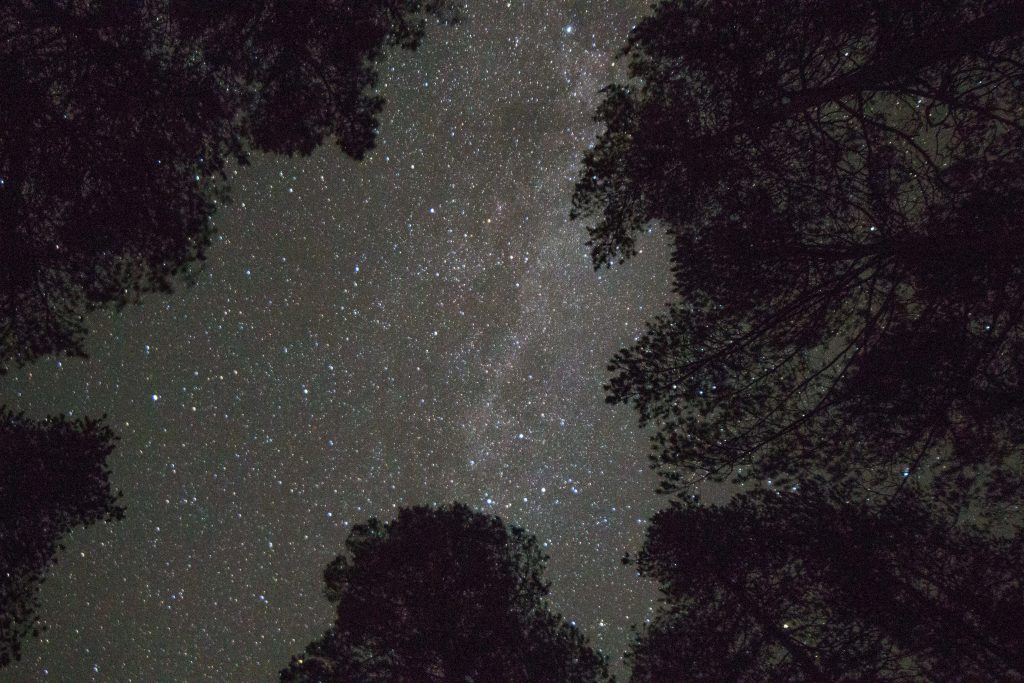 Here we can see the satellite approaching 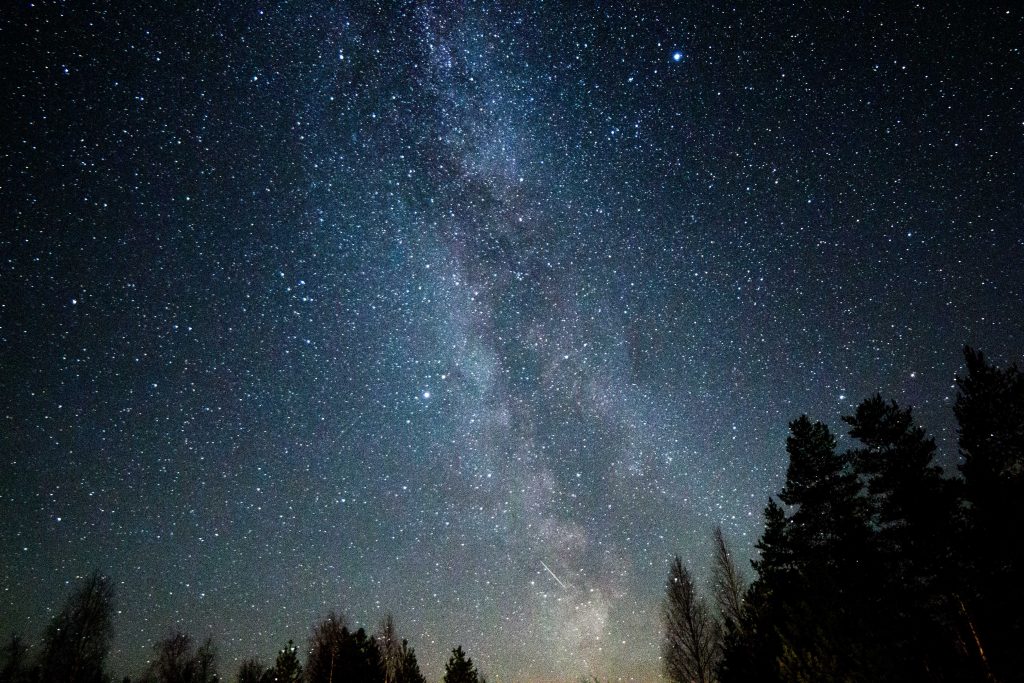 Here is the same satellite and a second bypassing the Andromeda galaxy…amazing. 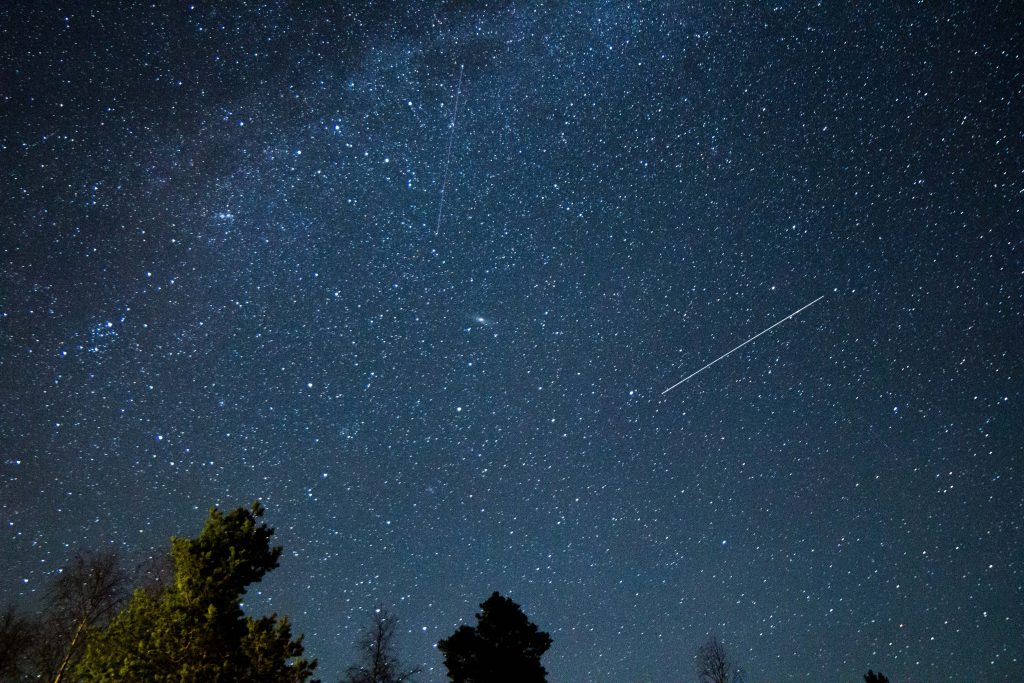