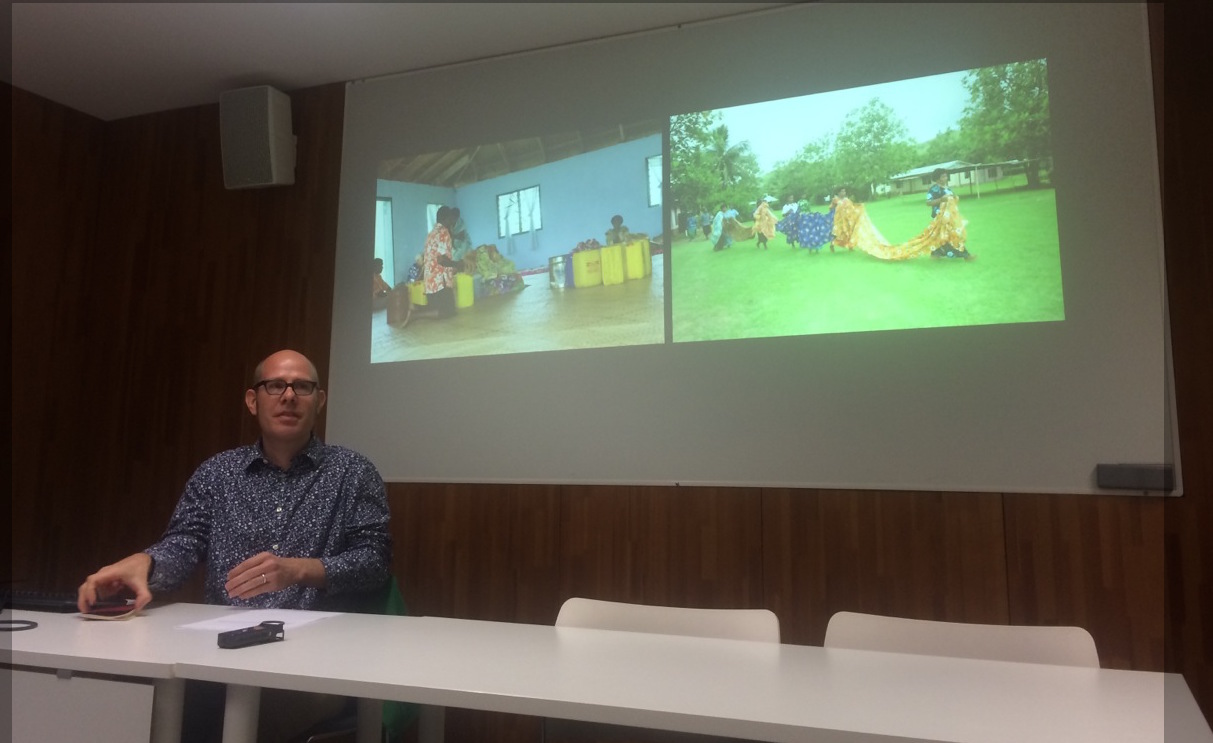 Matti Eräsaari (University of Helsinki) gave a talk titled “Value, measure and standard: time in the Helsinki Timebank” in our visiting seminar on January 19th, 2018.

In his presentation, Matti Eräsaari discusses the Helsinki Time Bank (Stadin Aikapankki) as an exemplar of a particular way of valuing time. The idea that time can be “saved” and “banked” quite obviously displays the kind of attitude towards time that is usually associated with alienated labour. But while exemplifying an advanced, and highly elaborated, version of clock time, the Helsinki Time Bank also stands in ideological opposition to the idea of alienated labour. The recent history of the time bank actually throws into relief mutually conflicting ways of valuing time, one adopted by the time bank community and the other by the state tax authorities. Through these Eräsaari tries to illustrate not only the idea that different mediums or registers of evaluation are uniquely suited for highlighting specific phenomena, but also that they can be “subverted” to purposes that differ significantly from their originally intended purpose.

One Reply to “Matti Eräsaari: Value, measure and standard: time in the Helsinki Timebank”