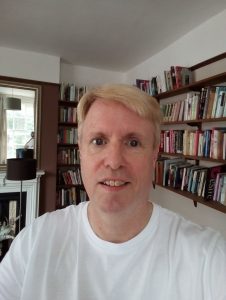 What is Chinese transnational cinema today? In previous work from about a decade ago on conceptualizing transnational Chinese cinema, I argued that under globalization transnational cinema follows the logic of assemblage. In other words, rather than an international system of nation-states and bilateral agreements, globalization moves towards a more fluid system of constantly reconfiguring forces. Since then, we have seen the resurgence of national protectionism. Countries that once led globalising initiatives such as the USA and UK have withdrawn behind tariff walls, whereas China is promoting its own “Belt and Road” version of globalization. In this talk, I want to ask what Chinese transnational cinema is today. In answer, I propose “cinemas of the sinosphere.” I propose this term in two senses. The first is as an umbrella term that encompasses all films made in the Chinese cultural world, including its diasporas. This first usage is proposed in recognition of what I argue is the obsolescence and inadequacy of terms like “Chinese-language cinema” and “Sinophone cinema.” The second usage is a more specific one, referring to the impact on cinema of the People’s Republic of China’s emergence as a global superpower in the twenty-first century, signalled by such phenomena as the “Belt and Road Project,” the power of the Chinese box office in Hollywood, and Chinese cinema’s new interest in Africa as well as African cinema’s new interest in China.