Our bus takes a turn from the center of Nuuk, and starts heading to the harbor. A truck sporting a smiling shrimp on its side accelerates on the pier, behind the inconspicuous white-and-blue building, the sort that are plentiful in this city. This building has a small emblem signifying the purpose of this house: the office of the Greenlandic hunters and fishers association, “KNAPK”.

Our group had prepared a set of questions that we thought could reveal how the climate change is currently pushing fishermen to adapt in the front of the rapidly changing Arctic.

We climb stairs up to a balcony running around the second floor, ask a man smoking outside whether he is our guy, Bjarne. He says no, waves us to walk inside, and while I’m nervously struggling with the door the smoking guy says something to me. I turn back and notice he’s pointing at my bus ticket on the balcony, I apparently managed to drop that from my hat. Confused about why there was bus ticket in my hat and whether I should say “sorry” or “thanks”, I step into a very plain office, with a hole in the roof and a coat rack that was able to take my jacket only after a careful balancing act. 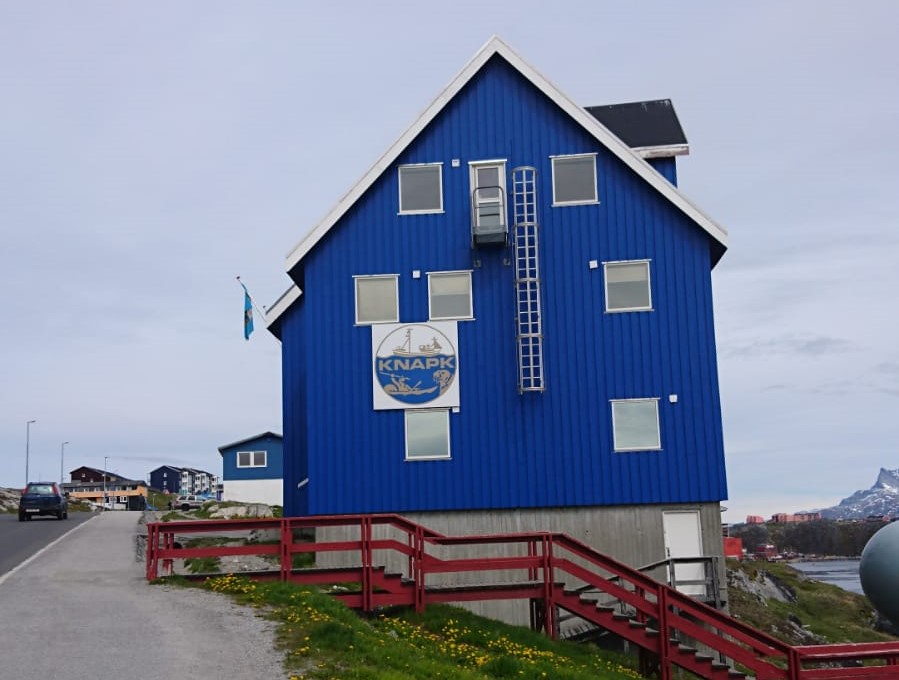 We are greeted by two guys, Bjarne and Kaka, who have set up a coffee pan and cookies on the table for us. Everything here speaks of actually working, and not trying to create an impression of working for some high-ranking visitors. Genuine, I think. After some initial anxiousness I’m starting to feel good about this interview.

We sit around the table chitchatting but soon turn to asking our prepared questions. Very quickly it turns out that adaptation is pressed by fishing quotas, price of fish and labor shortage. I’m actually quite surprised by this, I was expecting changes in sea ice patterns and unpredictable weather to be the thing we are talking about, not economical issues.

So, this report is not about climate change, but a change in the attitude of people towards the historical, and current, mainstay of Greenlandic economy: fishing. Bjarne underlines in no uncertain terms, that the number one problem the Greenlandic fishing industry is facing currently is finding suitable workers for the factories and ships. Greenlandic economy is protectionist, and they can do this since they had their own “Grexit” way before it became fashionable, back in 1985. Factories and fishing companies operating in Greenland need to have at least 2/3 ownership in Greenland, and local workforce can be favored over foreign. Unemployment in Greenland has been hovering at around 10%, but every year over a thousand workers come from abroad, mainly from Asia and Eastern Europe, to work in the new factories.

So what is causing this peculiar situation? When this question got brought up during the interview, Kaka says that the young people are interested only in playing video games, and not working. Bjarne nods in acceptance. I mumble something about this sounding familiar, but I get a feeling that the reasons must be a little deeper than that. Let’s start looking at possible explanations.

First thing that comes to my mind is that the work might be low paid, but this is not case. The fishing industry in general has been doing great in Greenland: the prices of fish have been rising since 2008 and the fish stocks are in good shape. The work is seasonal in general, but the pay can be very high, over 100 000 DKK (approx. 14 000 €) per month on the large off-shore factory ships, where workers spend sometimes weeks at a time. The season might be really short, only a few weeks for some species, but the hours can be ruthless. 6 hours of work, 6 hours rest, and repeat until the season is over. This might discourage some from the work on larger ships, no matter how well it is paid. The factories pay by the hour, with a typical hourly wage starting from 15 €, with extra paid for weekends and holidays. For someone without education, this is a decent deal still, and the work is more regular than the work on the factory ships.

One reason could be a lack of choices, which may feel very uninspiring in a world where individual freedom is something that is valued very high. “If you are an uneducated, unskilled Greenlander, especially young man you don’t have many choices. Then you have to become hunter, fisherman.” says Bjarne. But then again, many of my friends are struggling with the blinding variety of choices presented to them, and feel paralyzed by it all. So choosing the path of your future is stressful anyways.

Could the work be dull and soul crushing? When I ask Bjarne and Kaka about how pleased fishers and hunters are in general about their jobs, I get an answer: “They are very pleased, even with low income. They are like lonesome rangers, they like the independence.” Of course, this probably does not account for the factory workers, but at least fishing and hunting are usually satisfying occupations. And with the new licenses for fishing prioritized for young Greenlanders, a career as a “dinghy-fisher” is definitely attainable.

Although both of us interviewing the officials afterwards had the feeling that the conversation had been very sincere, I thought something was missing from the picture. While talking with a local adolescent, one likely explanation was brought up, and it regards situations in Greenlandic homes. Domestic violence is very prevalent and the rate of sexual abuse among children and youth are among the highest in the world. This quite obviously leads to mental health issues, which combined with alcohol and drugs, leads to a serious impairment in the abilities of many people. Escaping reality with video games and intoxicants can seem like a very desirable solution for many young people. These issues are obvious for the people living in it, and the society is taking measures to tackle them.

Currently, the Greenlandic economy is completely reliable on fishing, which accounts for about 90% of the export. Although, as the “For the Benefit of Greenland” report outlines, this model of economy is very fragile, this is the reality that people have to work with. With a brand new trawler fleet, processing plants on ground and improved boats for fishing in fjords, the catch is posed to increase still. But if labor force is not to be found from Greenland, new workers are needed from outside. This is problematic with a small, mostly indigenous population, that is already feeling that their cultural heritage has been eroded by foreign control. 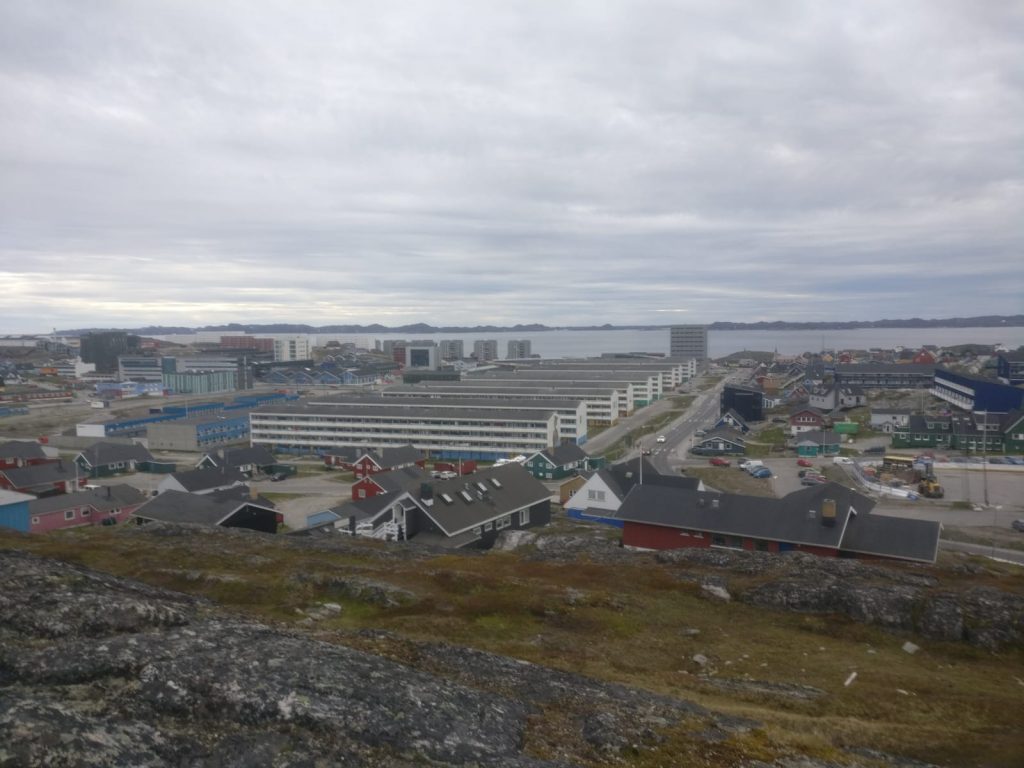 In order to fix problems in the economy, something needs to be done to break the spiral of domestic violence and abuse. And it starts with the minds of the young, so that they don’t just move their emotional load to their own children.

One thought on “Greenlandic society: is fishing the future?”