The Arctic regions provide for some of the most productive fishing grounds in the world. Nutrient-rich water and the presence of species with a high market value have the potential to generate large profits for fisheries. However, Arctic ecosystems are highly susceptible to changes in the environment, that directly affect the size and distribution of fish stocks. In the most severe cases, this can cause a species of fish to disappear to a large extent from a region. An example for this is the collapse of Cod stocks in Greenlandic coastal waters in the 1960’s. This meant that the economically most important fish species at the time was no profitable to harvest. Fisheries have to adapt to these changes in order to remain profitable. 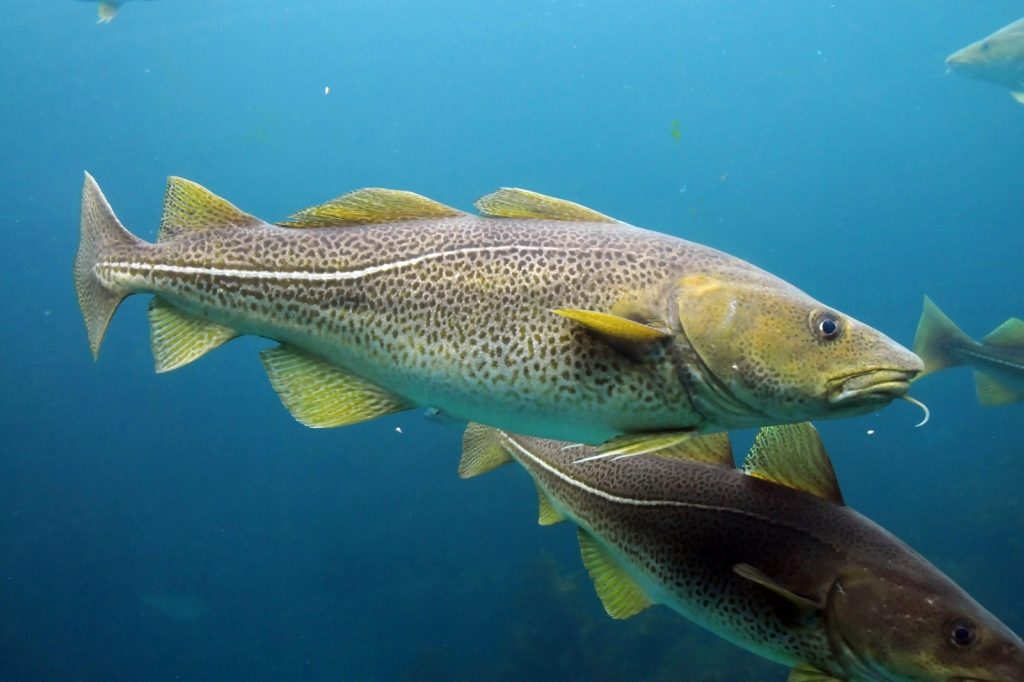 The cod is one of the most important species for Arctic fisheries.
Photo: Joachim S. Müller, Flickr

In the interviews we conducted with people involved in Arctic fisheries, it became clear flexibility is one of the most important measures necessary to be able to quickly respond to changes in available fish stocks. When Cod became unavailable, local fishermen quickly adapted by shifting to Halibut and shrimp as target species. According to the Greenlandic fishermen we interviewed, the Cod stocks have recovered in the recent years. This allowed fishermen to concentrate their efforts on this species, making it once again their most important catch. Due to the current instability of Cod stocks, Halibut and shrimp still remain vital catches to support economic stability. Other species, such as Redfish, Lumpfish and Salmon seemed to make up only minor shares of the total catches, especially in Greenland. Investments from larger fishing companies have allowed for the modernization of fishing gear that help to steadily increase catches, also in less productive years. While this can provide fishermen with the means to buffer harder times, care should be taken that this does not lead to overfishing in the long run.

Changes in fish stocks, such as the collapse of Cod stocks in the past have been primarily driven by water temperatures. So it comes at no surprise that climate change, with the expected rapid warming of the Arctic, will cause further shifts in available species for fisheries. The exact changes are hard to predict, but the arrival of new species to the Arctic – for example the mackerel in Greenland – has the potential to create new opportunities for local fishermen. In addition, existing stocks of Cod could further thrive in the warming water. In accordance with these predicted changes, the fishermen we interviewed shared an optimistic view to their economic situation in the future. This creates a rather unique situation for people in the Arctic; while many populations around the globe are worried about the adverse effects of climate change that they will be exposed to, the people in the Arctic could have a chance to benefit.

Nevertheless, specific measures to prepare for a changing environment are hard to make. Fisheries in the Arctic are relying on their adaptive capabilities they exhibited in the past to be applicable in the future. Our interviews indicated a focus on immediate, reactive measures in favor of the development of long-term “emergency plans”. This adaptive strategy could be beneficial, as it retains a high amount of flexibility when facing unpredicted changes. Optimizing the fleet ahead of time for newly arriving fish species, on the other hand could bear the risk of investing into a change that might not happen.

One thought on “Adaptation to climate change in Arctic fisheries”