The session kicked off with Jose A. Cañada’s, Postodoctoral Researcher at the University of Helsinki, presentation on viral assemblages and the boundaries that emerge and are challenged in pandemic preparedness and response, paying especial attention to the more-than-human nature of those assemblages.

The second presentation was given by Andrea Butcher, also a Postdoctoral Researcher at the University of Helsinki, who discussed political-ecological configurations in understanding the pathobiome in Bangladesh. There, Andrea has studied the challenges of antimicrobial resistance in aquacultures and, more concretely, the struggles of shrimp and prawn farmers, institutions and supply chain actors to manage the microbiomes of ponds give the specific political-ecological context where they are situated.

Third, Salla Sariola, Senior Lecturer at the University of Helsinki, presented her study of a vaccine trial in Grand-Popo Benin, organized and carried out by Finnish researchers with Finnish tourists as trials. The study tries to develop a bacterial vaccine to circumvent the use of antibiotics in the treatment of diarrhoea. The study especially highlights the post-human character of vaccines and the role of microbes in the social despite their invisibility.

Jenni Saarenketo, Master’s student from the University of Turku, continued discussing the same vaccine trial from the perspective provided by 800 questionnaires about illness, travel, and research experiences filled by study participants. The analysis showed a rethinking of concepts of cleanliness, purity, and sanitation while, at the same time, highlighted the practical, symbolic and abstract dimensions through which microbes become configured.

University Lecturer Veera Kinnunen, from the University of Lapland, gave the last presentation. She discussed human-microbe relations in Bokashi practices. As Bokashi practices, a method of composting organic waste through fermentation originating from 1980’s Japan, appears as an alternative to the problem of organic waste management, Veera has been studying Bokashi collectives. In her study, Bokashi appears as a caring practice between humans and microbes that offers the chance to understand human-nonhuman relations in different terms.

The session was especially useful in creating synergies between the different projects presented and showing clear lines for collaboration that will certainly be relevant in the future of all Cultures of Cultures related projects. All the presentations brought out similar topics that are relevant in understanding human-microbe relationships. There was a clear interest in developing methodological approaches that assist us in better understanding more-than-human relations, as well as in the utility of specific theoretical concepts. Furthermore, a key theme was the study of microbes beyond health contexts, as exemplified by Bokashi methods and other fermentation practices. Overall, the session helped to highlight the many existing possibilities studying microbes from a social scientific perspective.

Kaisa Haukka and Salla attended the AMR – One Health conference in Benin. The event was organized by AMRIWA partners in Benin, Prof Dissou Affolabi and his team. The event was attended by West African researchers and doctors and WHO staff working on AMR. During a round table discussion., Dr. Bernadette Ramirez from WHO asked participants to raise their hands about their backgrounds to get a sense which fields the members of the audience came from. The point that she was making was that to tackle AMR, a One Health approach was needed because resistant bacteria move between human, animal and environmental sources. When she asked how many people in the audience were from environmental studies, one person raised her hand, Kaisa. When the animal and veterinary side was enquired, about 6 people raised their hands. The rest were from clinical backgrounds, apart from one social scientist, Salla.

The presentations were a mix of talks by WHO policy makers about global recommendations; concerning microbiological and clinical prevalence, and regarding different methods used to gauge the prevalence of AMR. Among the talks there were also presentations that described practices that spread AMR, and the unregulated and wide use of antimicrobials for humans and animals. Listening to the talks, very quickly it became clear that development plays an important role in the spread of AMR, meaning that why AMR spreads is as a complicated multi-sectorial problem defined by absences: infrastructure, and technical skills. Issues underlying the spread of AMR that the participants identified included: not of following basic sanitation practices (such as hand wash) in some hospitals and health care centres; expectations for rapid recovery by people that leads to the use of pharmaceuticals without prescription; low awareness of antibiotics among pharmacists and health care practitioners; unavailability or imprecision in diagnostic tests; weak collaboration between different government sectors; absence of regulation for animal antibiotic use; over-medication with antibiotics both as treatment and as prophylaxis for both humans and animals; absence of AMR surveillance structures nationally and regionally; disconnect between researchers and policy makers and practitioners; the list goes on… These challenges provide some explanations for why Africa has the highest number of AMR related deaths in the world. Clearly, there is much scope for social sciences to emphasize that AMR is not merely a biological condition but that the practices that drive its spread are social. Biomedicine alone cannot solve this multi-faceted issue. 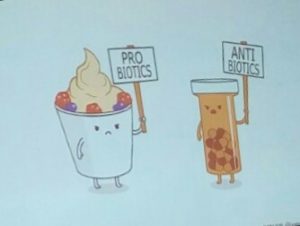 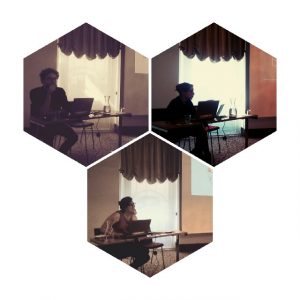