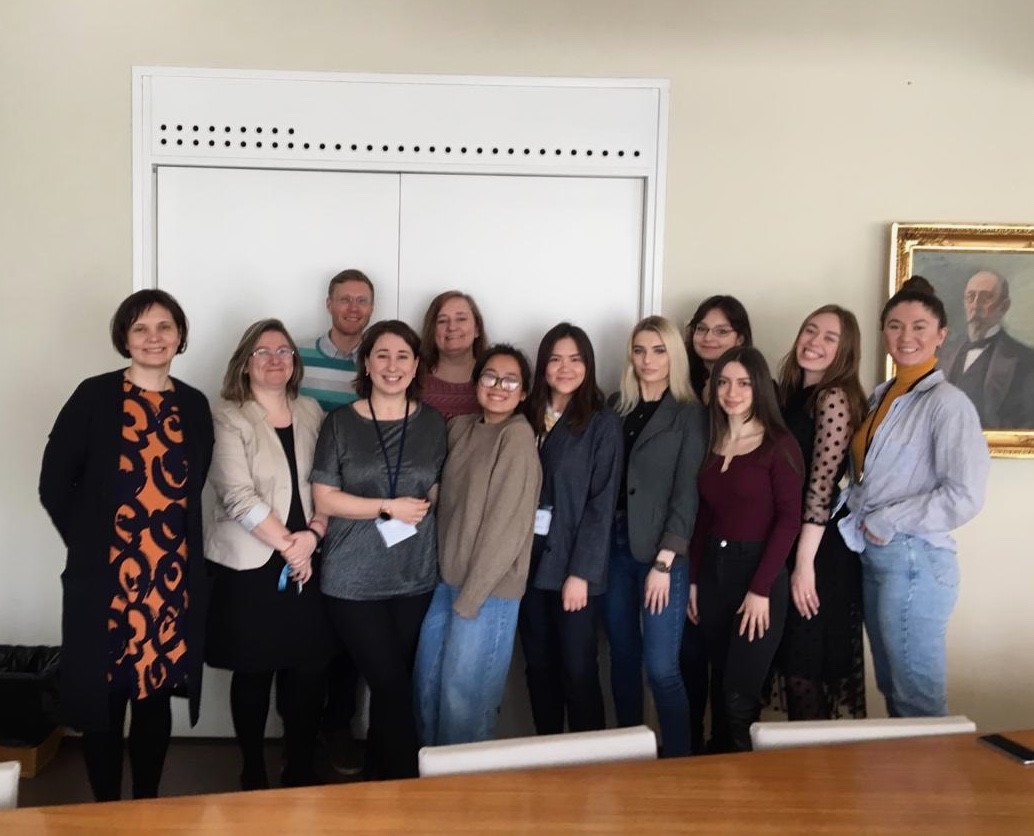 On March 28 – 29 the Gender and Governance International Conference was held in Helsinki, organized by a joint effort of the Aleksanteri Institute (University of Helsinki) and the Research group ‘Comparative Study of the Situation of Women and Men in Public Authorities’ from the Faculty of Social Sciences of Higher School of Economics (Moscow). Members and Heads of the HSE study group, as well as researchers and professors from the University of Helsinki, presented at the event. The central theme of the event was gender equality and its relationship with democratic gender-sensitive governance.

The first day of the conference began with opening speeches of the main organizers and inspirers of the event: Marianna Muravyeva, Associate Professor of the Faculty of Law of the University of Helsinki, Valeria Utkina, Senior Lecturer of the Faculty of Social Sciences of the HSE, and Olga Isupova, Associate Professor of the Institute of Demography of the HSE.

The program of the first day of the conference included several discussions, among which were titled: Gender Policies and Gender Mainstreaming in the Situation of Gender Backlash, Gender and Public Administration, and Work-Life Balance and Gender Policy. Marianna Muravyeva presented her report on Gender (In)Sensitive Governance in Contemporary Russia. Topical issues were raised in relation to regulation of public and private spheres. The public sphere was initially considered male, while the private was female. The case of Duma deputies using liberal discourses of protecting the private sphere from the influence of the state in decriminalizing domestic violence in Russia was of particular interest. Alexander Kondakov, a Post-Doctoral Researcher at the Aleksanteri Institute in Helsinki, told about sexual sovereignty in Russia from a historical perspective, looking at violations of rights with relation to LGBT representatives. Students, professors, and lecturers from HSE also presented their studies. Such issues as women’s choice of police work, roles of Russian civil servants in shaping the conservative turn, factors influencing women’s career development in the Russian civil service, as well as their discrimination in this area in Russia and Ghana were touched on. Each of the presentations was accompanied by a fruitful discussion among participants.

On the second day of the conference, a round table was organized in order to discuss main causes of gender inequality in contemporary Russia and specific initiatives that could be implemented in this area. Participants identified the following factors as obstacle to achieving gender equality: feminization of poverty, male ignorance about gender equality, gender stereotypes, lack of awareness about women’s movements, a double burden, and no family-friendly policies. According to participants, in order to improve the current situation, expert knowledge should be used in state administration, small groups and diversity should be supported, the influence of informal institutes such as religion should be weakened, gender-sensitive education must be implemented in schools and universities, and public discourses and gender legislation should be improved.

During the conference, the participants of the HSE research group managed to feel like a full-fledged part of the University of Helsinki community. Students visited different university campuses, study spaces, and libraries, communicated with local students and lecturers and even attended a public talk. In addition, students were provided with an active program of exploring the city of Helsinki, which included walking tours, visiting museums and the island of Suomenlinna. As a result, the city did not leave anyone indifferent. Those who visited the Finnish capital for the first time along with those already familiar with the city were equally content with their encounters of Helsinki.

All conference participants spoke very positively about the event. Below are some of the quotes from speakers.

“What I liked a lot is that the conference was organized in a seminar-discussion format. In my opinion, the possibility of participating in the discussion and expressing different points of view is always a big plus, as it gives additional cognitive motivation.”

(Ekaterina Chemankova, Bachelor Student of the Faculty of Social Sciences at HSE and the member of the research group)

“In just three days I was able to feel like a full-fledged part of the University of Helsinki academic community. I am grateful for the comfortable and respectful atmosphere that was created for us, not too experienced students, in which it was a pure pleasure to give reports and participate in the discussion.”

(Alina Efimova, Bachelor Student of the Faculty of Social Sciences at HSE and the member of the research group)

“The opportunity to present my work, discussions with researchers from another university, interesting connections, informative lectures – I discovered all of the following during this trip. Now I want to participate more in the organization of such events in my university.”

(Nastya Minnikova, Master Student of the Faculty of Social Sciences at HSE and the member of the research group)

“Such events contribute to the development of cross-cultural values ​​and critical thinking among students. They offer though on analyzing situations not just from different perspectives, but from different points of view – not limiting individuals to the mentality of their country.”

(Natalia Kotrikova, Bachelor Student of the Faculty of Social Sciences at HSE and the member of the research group)

All of the HSE students participated in the conference express their deep gratitude to Valeria Utkina, Olga Isupova, Marianna Muravyova and Bradley Reynolds for organizing such an exciting and useful educational trip. We look forward to further cooperation of the HSE Research group ‘Comparative Study of the Situation of Women and Men in Public Authorities’ and the Aleksanteri Institute at the University of Helsinki.