The year 2018 has included several tasks related to policy expertise and media contacts for the Migration, Shadow Economy and Parallel Legal Orders in Russia team.

Kaarina and Anna-Liisa were invited to participate in the making of a Finnish government research report on Russia´s security developments. The insights which we have gained in the MISHA project have been utilized in the making of the part ”Internal security” in the report to be published by Finnish Ministry of Defence in early 2019. Russian migration and its connection to wider security issues are recognized as important matters for Finland as a neighbouring society.

Meanwhile, Rustam has been invited to serve as an expert on corruption and governance for the newly established Expert Council “Buyuk Kelajak” which aims to assist Uzbek government in designing the long-term development model of Uzbekistan until 2035. 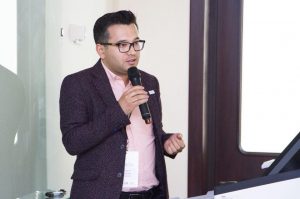 He participated in an international conference  “Uzbekistan 2035” in Tashkent on the 28-29th of June, where his talk on anti-corruption reforms prompted great interest by the Uzbek government, among others the Ministry of Justice and the Academy of General Prosecutor’s Office. It is very gratifying to see how our work bears fruit at this level of societal relevance!

Media has approached us several times this year. This has given us an o 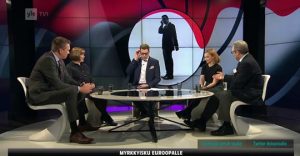 Because of Mr Trump´s and Mr Putin´s Helsinki Summit on the 16th, July became a hot month – and not just because of the unusually long humid and hot weather in Scandinavia. During the summit, Anna-Liisa participated in the yearly SuomiAreena event, organized by the  Finnish broadcasting company MTV in the city of Pori. This was followed by commentaries in NBC Digital News (journalist Jon Allen), later used by several US and Canadian media outlets,  and in Finnish media outlet  STT (journalist Mari Areva), later used by Turun Sanomat, Lapin Kansa, Kotimaa and Keskisuomalainen. During Rustam´s  late July trip to Moscow, he participated in the BBC Uzbek direct sending and gave an interview for the Radio Free Europe. Finally, in the end of July, two delegations from Japan´s House of Representatives visited Aleksanteri Institute to discuss Russian security policy, hosted by the directors of the Institute and our project PI, Anna-Liisa. She was also invited to participate in the making of an article about Finland´s defence policy for the newspaper Tokyo Shimbun.

Media visibility and expert work have gained more importance in our work, and finding a right balance between fundamental research and other activities can be a challenge. ’Societal relevance’ takes time and energy away from reading, writing and thinking – and from holidays! Anyhow, there are hardly any dull moments or lack of surprises in this line of work.