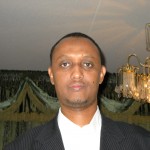 obstructing socioeconomic development in north-eastern Kenya and Puntland region of Somalia. The research  focuses  on  Islamic schools funded by these NGOs and concentrates on two schools in each of four research sites – Garissa, Mandera in north eastern Kenya and Garowe, Bosaaso in Puntland region of Somalia. In Kenya, primary data was collected between October 2010 and May 2011 and data gathering for Puntland is ongoing. It is hoped that the final analysis of primary data will be performed in 2013 and PhD dissertation will be defended in 2014.  In addition to my doctoral studies, I am working as Curriculum Development Expert for the International Organization for Migration (IOM) in Garowe, Somalia from September 2012 to August 2013. 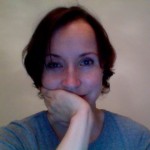 veils (i.e. burqas and niqabs) during the first decade of the 21st century.  Headscarves, niqabs and burqas were conceived as problematic in relation to several national values and principles, such as liberty, (gender) equlity and laïcité. The debates led to new legislation: in 2004 the ban on the wearing of conspicuous religious signs in public schools, and in 2010 the ban on covering one’s face in the public space. The focus of the research is on the discursive construction of national identity by the social and political elites during the debates. 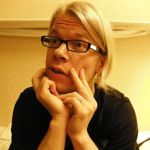 feminist and narrative theories to investigate the identity work of Finnish Muslims with migration background. Central to the study is an understanding of identity as narrative and intersectional. In other words, identity is conceived as storylike and thus suitable to be studied with narrative methods. Moreover, the various religious, national, ethnic and other social identities that an individual has are perceived as interdependent and co-constructed. By analyzing the written and oral discourses of Finnish Muslims, Pauha aims at understanding the intricate interplay between various social identities, with a special focus on nationality, citizenship and religion.