Governance and securitization of Islam in Finland 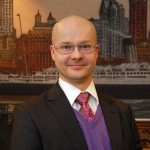 This research is centered on how European institutions have shaped Finnish governance of Muslim communities. It explores how such organizations as the European Commission, Council of Europe, the European Union Agency for Fundamental Rights, European Court of Human Rights, and the Organization for Security and Co-operation in Europe create impulses for policy change. In addition, it includes discussions of the securitization of Islam and analyses how the intersection of immi­gration, integration, and security policies are affecting Muslim organizations in Finland.

The project shows that European developments have been central for the Finnish policies on Muslim immigrants. The conflicting agendas of immigrant integration and national security have led to both state’s co-operation with and monitoring of Finnish Muslim communities. Over the 2000s several new initiatives have emerged as both civil society and public administration efforts to deal with the new religious diversity. These are gradually finding more permanent institutional forms, and thereby securing the permanence of (inter)religious questions as a significant aspect of the governance of new immigrant-origin diversities. However, even though many of the questions do have international and European roots, the solutions are affected by the existing institutional landscape of Finland.

The central results of the project have been (or will be) published in the following publications: 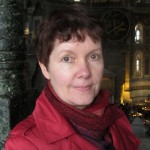 The purpose of this research is to explore the experiences and organization of human security in transnational Somali Muslim families, in particular among the Somali women and mothers, in Toronto. What kind of impact may Canadian policies aimed at securitization of Islam have on their daily lives? What kinds of threats and insecurities do they perceive? What are the available resources for transnational Somali families and women for building a sense of safety and security?

Recent publications, related to the research project, include: