HSHL was privileged to hear a talk from Dr. Reijo Pitkäranta, docent in Latin at the Department of Classical Languages at the University of Helsinki, on November 20 entitled ‘Latinan uudissanat Turun akatemian dissertaatioissa 1642–1828’ (‘Latin Neologisms in Dissertations of the Academy of Turku 1642–1828’). These dissertations, dating from the foundation of the Academy until its removal to Helsinki, represent a large untapped source of lexical information about late Latin terminology. The paper identified and recorded new words as well as those which could be antedated from established dictionary sources, such as the Oxford English Dictionary, in both English and Latin.

Among the fascinating items Pitkäranta has unearthed are caffeomantia (1782), gas (1697; particularly interesting because of the scholarly disputes over the nature of gas in the eighteenth century), lexicographia (1646), pargasites (a local Finnish green inosilicate mineral from Pargas), and vitresco (1742). 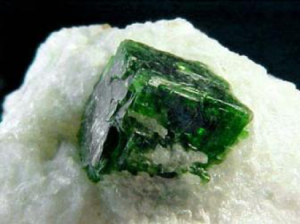 It is of particular interest to see Pitkäranta’s material from the point of view of scholars whose work is almost exclusively in the vernacular tradition. Late Latin neologisms clearly have the ability to disseminate into the various vernaculars, even as late as the early nineteenth century, a fact not always clear from recent vernacular lexicography. The slow decline of Latin as a language of science has undermined its perceived value as a source, which makes Pitkäranta’s paper a timely reminder.