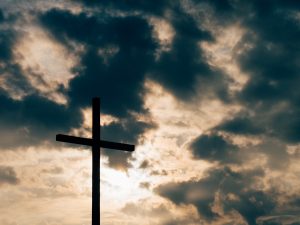 Have you ever thought what piece of music you would like others to hear at your funeral? The music choices of the funeral services are the object of study in Anne-Marie Grundstén’s dissertation Funeral music and how it is selected in Finnish-speaking parishes of the Evangelical-Lutheran Church of Finland. Grundstén explores the way the music is selected in the funeral services and especially what is the role of church musicians in both planning and executing the service. Grundstén, being a church musician herself, mentions in her foreword that she wished to emphasise their viewpoint and experience and  how the musicians working in the church view the funeral services as a part of their occupation.

Grundstén’s dissertation deals widely with the selection, execution and meaning of funeral music, and one of the themes is the disagreements between the  parish employees and the family members. Since the funeral service should be regarded as worship, there are certain limitations on the subjects of the music performed there. In the questionnaire that was conducted for the source material of the thesis majority of the church musicians stated that the music performed in the funeral service should be limited in music pieces that have spiritual substance in them.

This said, many musicians had the experience that many Finns are estranged from the overall worship life of the church and thus they might not have a very clear idea of what is appropriate when making requests for the music in the service. This was reported to be a source of conflict in the preparation of the service. However, in the study it turned out that mostly these cases could be settled without further problems, as the church musicians generally felt that their role is to serve the parish members and in many cases the “problematic” music pieces could be moved to the memorial service held after the funeral.

Interestingly, in Grundstén’s study the burials of veterans that had served in the Finno-Russian wars appear to be cases where were notable differences between the parish policies on the music. Grundstén reports that musical pieces like the composition Narvan Marssi (The March of Narva) and the song Veteraanin iltahuuto (The Evening Call of a War Veteran) were sometimes used in the funeral service of veterans, as it was generally felt important that the events of their life should be commemorated.

However, there were also church musicians who felt that these pieces of music were unsuitable for a church service and thus should be played in the subsequent memorial service instead. While generally the participants of the study thought that the funeral music should hold theological themes, the music related to veterans and patriotic values seemed to be something of a borderline case: some viewed them appropriate for the church context, other stated that warfare was not a subject suitable for worship.

Grundstén’s dissertation reveals that church musicians feel confident about their expertise on the field of spiritual music and its role in the funeral service. On the other hand, many of them reported that were not able to partake to the funeral arrangements as much as they wished. Regarding this matter, she also studied the conflicts between parish employees, particularly the church musicians and the clergy. Some musicians expressed dissatisfaction in certain cases, for example referring to a situations where they were not consulted when selecting the music and thus ending up with music choices that were not appropriate for the situation.

In a similar manner, the disagreements over suitability in the church context were referred in the study answers several times. Some church musicians felt that the clergy had the habit of defending pieces that had been deemed inappropriate by the musician. Generally the concept of “spiritual music” is flexible, and church musicians are required to seek balance between the music themes, the personal feelings of the people involved and other circumstances related to the occasion. This said, diplomacy is a skill that comes in handy for church musicians.

Overall Grundstén’s study gives us a good, versatile picture of the experience of church musicians as a part of funeral services. She points out that church musicians are often involved in the funeral starting from the planning and preparation through the burial rites to the memorial service, and the work can easily be intensive, given the heavy feelings of the family members. Anyhow, many musicians wished to be even more involved in the musical arrangements of the funeral as professionals of religious music.

The importantance of funeral music stands out from the study findings. Many of the participants in her study felt funerals to be among their most important tasks, for some even the most important. This seems understandable, as funerals held in church buildings are popular even among people who are not part of the Church of Finland anymore. The music holds an influential role as a source of consolation and as a form of prayer, and a important part of the church musician’s expertise is to understand the value of music as a both secular art and a transcending, spiritual device.

Anne Marie-Grundsten’s can be read here (in Finnish only):