Researcher, lecturer or student: You are welcome to meet our experts whether you just want to discuss matters concerning Open Access or get more detailed advice.

Want to get yourself an ORCID id and link it with your TUHAT profile? Aiming to publish your research or thesis open access? Wish to hear more about discounts on APCs library has negotiated? Or is it about the data: Do you hope to manage your data / write a Research Data Management Plan?

Come and challenge us & explore the possibilities!

How does open access publishing, open learning materials and open data affect researchers’ work? Will open science change research and publishing fundamentally? How does the future look for science publishing and open research?

Helsinki University Library will also reward an open science promoter. So show up and get inspired!

The event is part of the International Open Access Wee 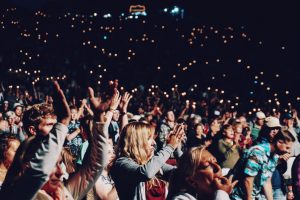 k at the University of Helsinki Library, free of charge and open to everyone. Think Corner Café serves throughout the event.

The researchers at the University of Helsinki get a 87,5% discount from the APC payment when they publish their articles openly in SAGE journals (Sage Choice Titles) as a corresponding author. The normal APC payment would be 1600 GBP, but due to library’s Open Access-membership the author is left only with the APC-payment of 200 GBP.

1. SAGE sends to a corresponding author the acceptance of the article and informs author about the possibility to publish the article Open Access.

2. The writer fills in the SAGE’s Open Access form and uses the Promo Code: “FinELib 2017“.

3. SAGE bills the 200 GBP APC payment from the corresponding writer.

When the article has been accepted the writers themselves have to add  the information code: FinELib2017, which entitles to the discount. Researchers also have to make sure that the billing is performed correctly with the discounted APC payment.

The researchers / article authors of the University of Helsinki have the possibility to publish articles open access in Taylor& Francis (incl. Routledge) free of charge. The possibility for this starts in 2017 and covers articles published in 2017 and onwards.

The normal APC fee would be 2150 euro, but due to library’s OA-membership agreement the library is left with the discounted APC-payment of 860 euro.

Instructions on how to publish open access articles in T&F journals: 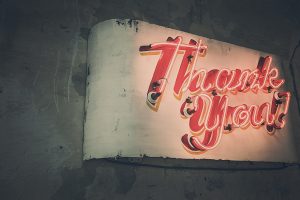 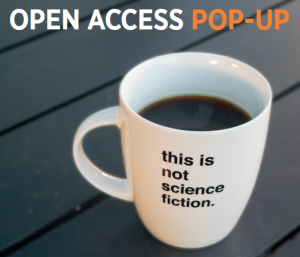 You are warmly welcome!

Other ways to get support

International science publisher Elsevier and Finland’s higher education and research institutes have agreed on one year’s extension to negotiations on electronic journals. More time is needed in order to find a solution for advancing open access, which is an extremely important goal for the Finnish research community.

This one year agreement makes it possible for researchers at University of Helsinki to continue using Elsevier’s journals in 2017 while the negotiations continue.

FinELib consortium, which s represents Finnish universities, universities of applied sciences, and research institutes in the negotiations, has two primary objectives: Getting the increasing price of scientific journal subscriptions under control, and reaching an agreement that improves the opportunities of Finnish researchers for publishing their articles openly online for all to use.

“During the negotiations this autumn, it became clear that regardless of the will of the international research community, Elsevier is reluctant to develop open publishing business models, and instead wants to maintain the old subscription model. The publisher still sees open publishing as a marginal operating model, and not as the future of scientific publishing. It is a delaying tactic from the publisher to charge high additional fees for open articles when higher education and research institutes already pay constantly increasing subscription fees. Now we demand that Elsevier over the next year shows the ability to change and take a new direction towards open access which research community needs and expects.” says Keijo Hämäläinen, Vice-Rector of the University of Helsinki and chairman of the negotiations.

Finland’s course is set towards open publishing through the goals laid out by the Ministry of Education and Culture, the Open Science and Research Initiative and the European Union. Open publishing increases the visibility of science and improves the opportunities for the whole society to utilise research conducted with public funds.

“Open publishing and the price of scientific knowledge are themes that are emphasised in similar negotiations all over the world, for example in the current negotiations in Germany” says Kristiina Hormia-Poutanen, a member of the negotiation group and Director of Library Network Services at the National Library of Finland. “Perseverance and a united front are the only way that the scientific community may affect large commercial publishers and effect a permanent change in the models of scientific publishing.”

One year extension to the agreement makes it possible to find an open access model that genuinely promotes open access publishing without increasing the cost of publishing. If no agreement on open access is reached during 2017, the Finnish scientific community might at the end of year 2017 lose access to many important scientific journals.

Keijo Hämäläinen, Vice-Rector of the University of Helsinki, chair of the contract negotiation group, tel. + 358 29 415 0640, Keijo.Hamalainen(at)helsinki.fi

Researchers of University of Helsinki can order personal librarian to help with Open Access publishing and self-archiving to TUHAT / HELDA.

Other topics to discuss about could be for example the requirements of research funding organizations concerning open access publishing or choosing the way to publish openly.

Please, fill out the form and make an order by the end of the year 2016. Appointment can be arranged during December 2016 – January 2017, exact time will be confirmed later according to your wishes.

Starting from Open Access Week 2016 researchers of University of Helsinki can order personal librarian to help with Open Access publishing and self-archiving to TUHAT / HELDA.

Please, fill out the form and make an order. Appointment can be arranged during the autumn 2016, time will be confirmed later. 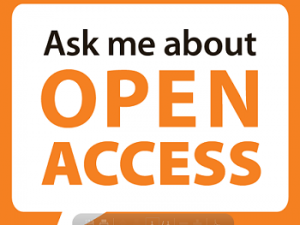 Want to get yourself an ORCID profile? Some helpful tips with TUHAT database? Hoping to make a research data management plan with DMPTUULI? You are welcome to have a cup of coffee with our experts whether you just want to discuss matters concerning Open Access or get more detailed advice. 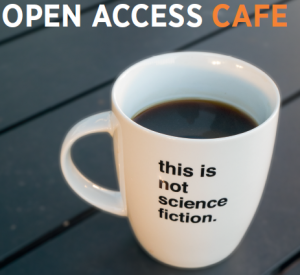 Check out our other events during Open Access Week 2016:
http://libraryguides.helsinki.fi/oaweek2016