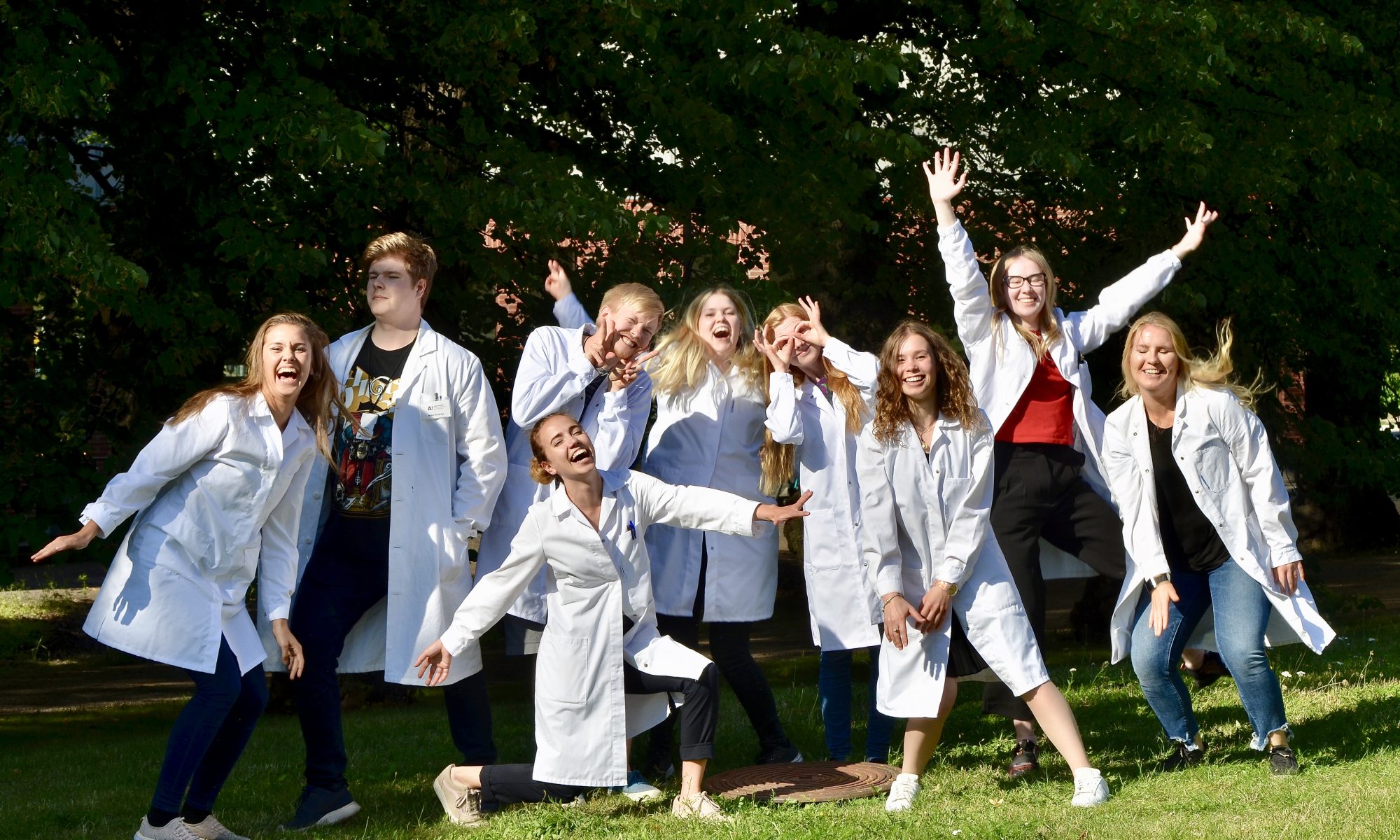 iGEM, which stands for International Genetically Engineered Machine, is the world’s largest competition for student projects in the field of synthetic biology. Student teams get to choose any topic related to synthetic biology for their project and implement it in a span of half a year to a year.

What is synthetic biology? is a common question that iGEM participants get asked. Synthetic biology means engineering organisms to produce or contain components that are absent in nature, such as new kinds of enzymes, genes or metabolic pathways. Its applications lend a helping hand to, for example, the medical and energy industries.

According to Ilse Kaaja, the captain of the Aalto-Helsinki 2019 team and a student of Translational Medicine at the University of Helsinki, the most important issues which synthetic biology is tackling stem from climate change. For example, the food industry could apply it to meet the growing demand for food while keeping food production sustainable in the future.

The eleven students in the Aalto-Helsinki team designed a project called VibXpresso, in which they delved into the production of medical proteins in Vibrio natriegens. The team sleuthed two problems: firstly, the demand for biopharmaceuticals is increasing due to the aging of the population and the growing prevalence of diseases, and secondly, the steepening prices of medication are exacerbating inequality. Motivated by these issues, the team aimed to fine-tune the microscopic medicine machine to achieve efficient and affordable production of therapeutic proteins. Ilse describes the project as successful but notes that there is still a lot of potential for future development.

“iGEM lets students do projects about out-of-the-box ideas without the pressure to get publications that is common in the rest of the scientific world”, Ilse says. Although the team received tips from advisors who have more experience with laboratory work, the students got to make all the decisions.

Additionally, the iGEM experience is rich with opportunities for learning. During the project, Ilse learned about synthetic biology and gained experience in teamwork, planning and organizing everything that happens in a laboratory – and understood how complicated it can get – as well as project-based undertakings. When it comes to learning about these things, practical experience is invaluable and can often pack more punch than lectures.

Besides being a learning experience, iGEM is peppered with international networking opportunities with other iGEM participants and professionals who work in the field of synthetic biology. The Aalto-Helsinki team has traditionally participated in a Nordic iGEM conference and a European iGEM conference which take place in different countries every year. Additionally, the competition finishes with a Boston-based conference called the Giant Jamboree where all the teams come together to present their projects. “The conference trips with the team were the most enjoyable part of iGEM”, Ilse says.

”People tend to be suspicious of genetically modified organisms in food. Public education will play an important role in how synthetic biology is seen in the future.”

Furthermore, the team has published a podcast series called Keinotekoja which puts synthetic biology in layman’s terms. The four-part series, which will be extended with more episodes according to Ilse, introduces synthetic biology and how it’s utilized to develop environmentally sustainable solutions, as well as discusses the importance of opening up science to the public.

”People tend to be suspicious of genetically modified organisms in food”, Ilse says. When it comes to the medical industry, people are often unaware of how many medications, such as insulin, are produced with the methods of synthetic biology. However, those who know tend to be accepting of its use in the medical industry. “Public education will play an important role in how synthetic biology is seen in the future”, Ilse believes. Projects such as iGEM can serve as important channels of spreading scientific knowledge.

The competition is over, but the team has the final stretch left: recruiting the next year’s team to continue Finland’s six-year run. Ilse describes what kind of people are needed in the next team: people who are interested in synthetic biology, are team workers, want to experience a student project, and are motivated. Your educational background isn’t all-important, because many different skills are needed, and iGEM isn’t limited to lab work. If you’re interested, head over to www.aaltohelsinki.com and read more about applying.

In 2019, Slush Y Science, the University of Helsinki HiLIFE organised official side event of Slush 2019, was bursting with innovations and inspirational stories. Held in Messukeskus, this life science-based event links science and business to promote world-changing innovations. Selected presentations from science to commercialization and a pitching contest showed how researchers and entrepreneurs have tapped into the power of science to help solve global problems, such as those that affect healthcare and the environment. Due to an aging population and overpopulation, those problems are demanding to be addressed. The showcased science presentations introduced a method that helps target specific nerve cells in the treatment of memory disorders, an anti-spoilage packaging material that cuts down the waste of fruits and vegetables, and a study that uses elephants to investigate how life experiences affect the way people age.

END_OF_DOCUMENT_TOKEN_TO_BE_REPLACED

Antibodies are one of the biggest industries in biotechnology, being essential not only in medicine but for many life-science related investigations. When manufacturing antibodies, quality is of upmost importance. With the Integrative Health Biosciences course, the students got the opportunity to visit Medix Biochemica, company specialized in the production of antibody-based test and bioreagents. During the visit, students could learn about the production process, quality control techniques and see the company’s facilities.

END_OF_DOCUMENT_TOKEN_TO_BE_REPLACED

If there is one word in the health science sector that is in everyone’s mouth, it must be innovation. The use of this word is not always correct, and its meaning seems to get lost. To learn about this very popular topic, we had a lesson in the Integrative Health Biosciences course imparted by Otto Kari, vice-president of the Finnish Red Cross and with expertise in both pharmacy and R&D management and research administration.

END_OF_DOCUMENT_TOKEN_TO_BE_REPLACED

One of the biggest problems that life sciences students face nowadays is that education and real life seem to be in two different planes that doesn´t mix. No matter how well trained you are in microbiology, genetics, neurobiology, etc., once you finish your studies and are released into the world, you just don’t know what to do. Universities are very good at producing great (and not so great) researchers and teachers, no doubt about that, but what about entrepreneurs? What about scientist with knowledge in administration and bureaucracy? Students are just helpless when trying to get into the industry world. This is the reason why courses such as “integrative health biosciences” and events like Slush Y Science are so important, as they bring the academic plane to real life.

END_OF_DOCUMENT_TOKEN_TO_BE_REPLACED

But. What it simply means is that 18 registered students and three excited teachers (Vilja Pietiäinen FIMM, Kati Öörni Wihuri Research Institute and myself, Pia Siljander) will embark on a journey to create a novel course with the aim to enable the Master’s students to see what is really out there for them as the future experts of bisociences and to form the necessary contacts outside the University to get there. Very simple.

We have an exciting course program e.g. SLUSH Y SCIENCE visit, and we hope that we will be able to blog more about the course soon. Or better – the students will blog about the course themselves, because they will be in the focus here!

Today, embraced the future in earnest by learning to blog with WordPress in the Digiloikka with Suvi Taira and Elina Roine and our ever so patient teacher from OTE, Jere Majava. Curiosity suitably woken, now waiting for the format of the Life Science Expertome to mature.