In autumn 2015, under the leadership of the Rector, the University of Helsinki decided to launch a project to update the university’s research data infrastructure. The Project Mildred project started in spring 2016 and continued until spring 2018. 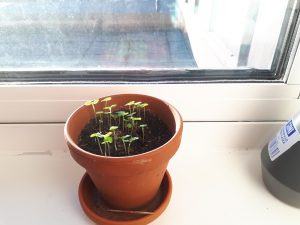 Project Mildred was a joint venture between Research Services, the IT Center and the Helsinki University Library. Mildred consisted of five sub-projects. In addition to infrastructure construction, the project included data storing and opening solutions for research data, as well as advisory services.

This is the final blog post of the Project Mildred. In this blog post, we create an overview of the project and see what was learned from it. In the future, you can follow issues related to research data services and open science on the Think Open blog.

M1 – The guidance wizard for service searching was successful

The aim of Mildred’s Sub-project 1 was to make data services easily accessible and easy to acquire to researchers through digital solutions. M1’s output was an online service channel that makes various services available in a one-stop shop, and thus makes the services more discoverable. The online service channel needs to be developed in the future. Eeva Nyrövaara (Research Services) worked as Project Owner and Aija Kaitera (Library) as Project Manager for Mildred 1.

“The original idea was to digitise the service acquisition, helping researchers to obtain data services through an electronic process. However, there was not enough infrastructure for this in the project schedule. After all, when implementing the Datasupport service channel, we learned what the offerings are of the university’s data services, how to combine different UH data services into a single interface and how to guide researchers in choosing services. In particular, the guidance wizard for service searching has been considered successful and has already been introduced to another service channel. We also learned that maintaining the service channel’s content in a constantly changing and complex environment is challenging. The ownership of the service channel has recently been transferred to the Helsinki University Library,” Aija Kaitera says.

M2 and M4 – New data services will be introduced during 2019

The aim of Mildred’s Sub-project 2 was to build the Data Repository Service, which will help researchers manage, share and store research data. M2 piloted EUDAT services and made a plan for how to implement a data service in the University of Helsinki’s own infrastructure. 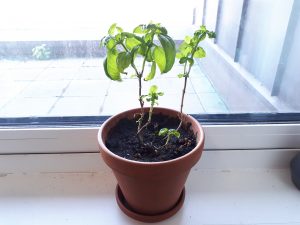 “During Project Mildred, we acquired infrastructure to deploy services related to storing, sharing and publishing research data. Thus, as a result of the project, we can provide cost-effective data storage and basic storage-related services to researchers. Services will be introduced step by step during 2019,” Ville Tenhunen says.

M3 – The quality of metadata is crucial in data publishing services

“Although the planned goal of renewing the Think Open website was not achieved, the M3 Sub-project was useful: interaction between researchers and research support services’ stakeholders was strengthened in the handling of the use cases and the service concept; the descriptions of the use cases and the service concept could be utilised within the University of Helsinki and in national and international cooperation; and we also discovered how the poor quality of metadata for research data affects the building of services for publishing data,” Pauli Assinen says.

M5 – DMPTuuli is in use and DMP guidance is updated regularly

The aim of Mildred’s Sub-project 5 was to launch DMPTuuli, a tool designed for researchers’ data planning. DMPTuuli has been in use since the autumn of 2016, and M5 focused on developing guidance for the use of DMPTuuli. Pälvi Kaiponen (Library) worked as Project Owner and Mari Elisa Kuusniemi (Library) as Project Manager for Mildred 5. 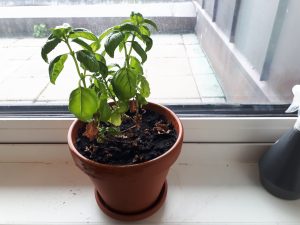 “M5 focused on developing guidelines, and as a result, the first guidelines for data management planning (DMP) were made jointly by various UH stakeholders. On the basis of this work, it has been good to continue, and the guidance has been updated twice after Project Mildred. In 2019, a number of actors at University of Helsinki Datasupport have participated in the guidance work, which is coordinated by the library. Guidance for sensitive data management has also been developed as a part of the national Tuuli project,” Kuusniemi says.

In addition to the DMP guidelines, it is essential to integrate data management planning into good research practice. To achieve this goal, services need to be continuously developed.

“The importance of data management plans is already widely understood, but the requirement for a plan is not always remembered – and even less often is the DMP evaluated and given feedback. Datasupport provides a DMP commenting service. So far, it has focused on plans that are being made as part of calls from the Academy of Finland. However, the DMP commenting service might need to be implemented in other university activities, such as doctoral programmes,” Kuusniemi says.

Summary of the Mildred and prospects for the future

The Project Mildred steering group was chaired by Assistant Professor Mikko Tolonen. According to him, Mildred opened up a broader view to the research services provided by the different stakeholders at the University of Helsinki. 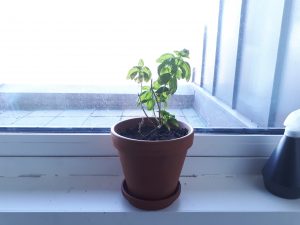 “Project Mildred was a bold move by the University of Helsinki to start developing its own research data infrastructure. During the project, we learned how important it is to balance the infrastructure of one’s own organisation, solutions from other stakeholders, various opportunities for open science and future solutions. Personally, the main lesson of Project Mildred was to learn to understand how good the work done at the University of Helsinki is in supporting research infrastructure and how much more investment is required to remain competitive in the future. In addition, I understood better the excellence of the support offered by CSC (IT Center for Science) for developing research-based projects,” Tolonen says.

During Project Mildred, the University of Helsinki was engaged in co-operation negotiations, and the human resources for the project were insufficient. As a result, Mildred did not achieve all of its goals.

Mildred succeeded in bringing researcher-users into the service design process. User feedback also had an impact: it changed the direction of the sub-projects. Mildred also provided experience and opened up development opportunities for collaboration between UH organisations: Research Services, the IT Center and the Library.

There is an overall plan for digitising research data services: Digital research university – University of Helsinki Digitalisation Programme: Roadmap for 2018–2020 and vision for 2024 (2018, pdf file). However, the implementation of the roadmap requires the financing decisions proposed in the roadmap. In future, attention should also be paid to raising awareness of research support services, increasing human resources and developing skills. The continuous development of services is essential, and work cannot be left to development projects alone.

During the Project Mildred, also the Mildred basil was planted. The video below tells the story of the basil from September 2017 to April 2019:

2 thoughts on “What was learned in Project Mildred in 2016–2018? A review of a project that aimed at reforming research data services at the University of Helsinki”