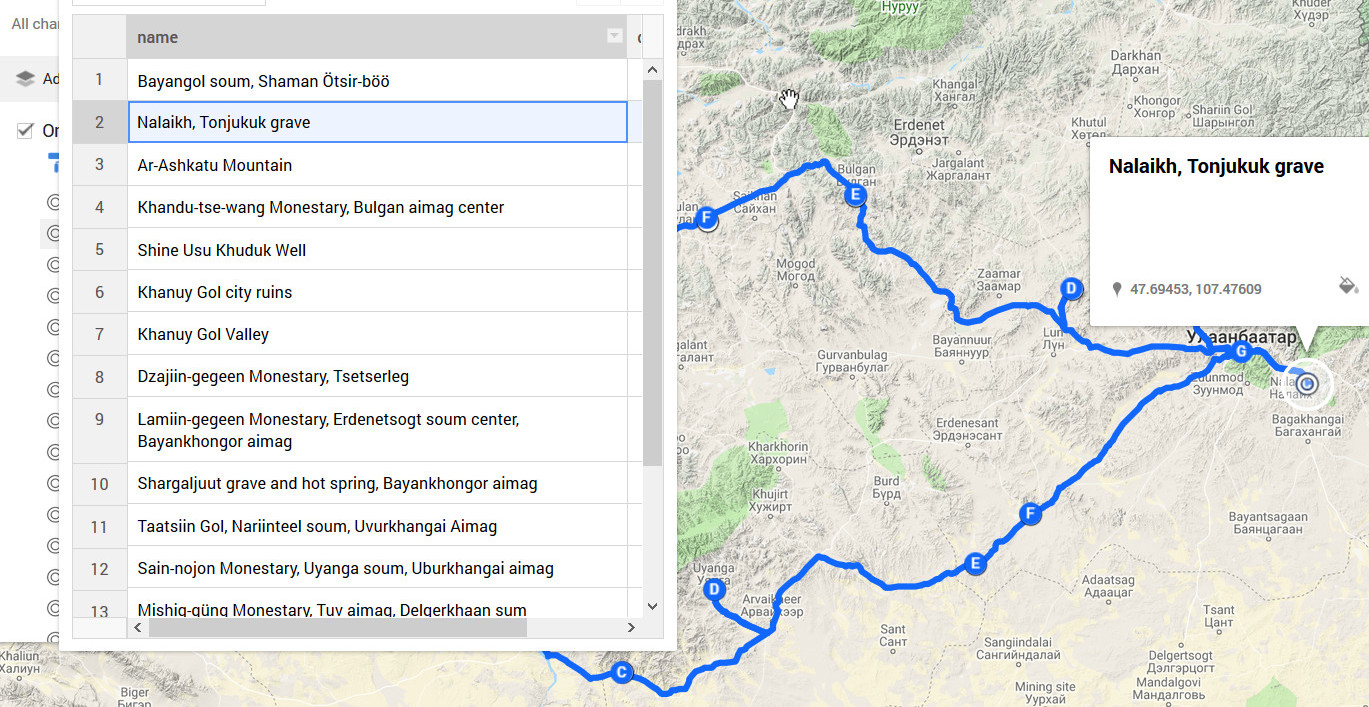 The planning phase of the expedition is well underway, and we have established to a large extent the list of locations and sites to visit. All of these were visited and documented by Pälsi and Ramstedt 110 years ago. Our aim is to document these places and study the changes in the preservation of sites and their surroundings, as well as assess the cultural heritage value and future preservation potential of these places.

Most of the pit stops on the 1909 expedition were Buddhist monasteries, the centers on the steppe at that time. However, in the Socialist times nearly thousand Mongolian monasteries were destroyed and nearly 20 000 monks killed in the purges, “the Great Repression” (Их Хэлмэгдүүлэлт). This eradicated a considerable part of Mongolia’s cultural heritage, which is still in the process of being restored. After the end of Socialist rule in 1990 many groups have been restoring the destroyed temples. Changes in the built environment of monasteries and their continuing heritage value is one of the themes we will be assessing along the way.