Our next online Phy 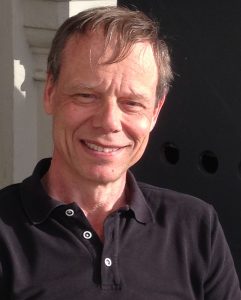 sics Colloquium will take place on Friday, November 27th. We will have a presentation to be given by Christer Fuglesang.

Christer Fuglesang is best known as the first astronaut from the Nordic Countries, who travelled to space twice, in 2006 and 2009. He is also a particle physicist, and obtained his PhD in experimental particle physics from Stockholm University and worked at CERN before being selected in the European Space Agency astronaut program. He is currently a Professor in Space Travel and the Director of the KTH Space Center in Stockholm. His research interests focus on particles in space, such as high-energy cosmic rays.

In his colloquium, titled From KTH to Space: A story of space travel to ISS and future large projects, Christer will talk about his experience as an astronaut and his current projects.

I’ll give a brief background how I became an ESA astronaut and describe my two visits to the International Space Station (ISS) in 2006 and 2009 with two short videos. ISS itself will be discussed and the research there mentioned. After 25 years with ESA I’m back at KTH and now looking into how solar sails could be used as sunshades positioned at the L1 Lagrangian point between Earth and the Sun to help control global temperature increase. The physics, technology and economy of such a sunshade system will be presented.

In the spirit of our usual cocktail reception, we encourage all attendees to join us with a glass of your favourite tipple. Cheers!