Tell us about yourself and your profession. What do you at the University of Helsinki?
My name is Vesa Yli-Pelkonen, I am a biologist and environmental scientist specialized in urban ecosystems, working in the Department of Environmental Sciences. I got my PhD in 2007 and currently I am studying ecosystem services, such as the role urban vegetation in mitigating the impacts of air pollutants.

What has been your role in Helsinki Summer School?
I have been coordinating and teaching in the yearly Helsinki Summer School course “Ecology and Management of Urban Green Space” for five years now. It has been great to set up such a course with numerous guest lecturers from Finland and abroad – and to meet and teach enthusiastic students from all around the world!

What is your best Helsinki Summer School memory? What makes HSS special?
There are of course many good memories from Helsinki Summer School, but it has always been especially nice to take the students to the outdoor excursions to e.g. Viikki Bay area. I think Helsinki Summer School provides a special opportunity to have an intensive but fun academic learning experience for people with variable backgrounds and nationalities, but all interested in the topical issue of the course. And it also provides a chance to get familiar with Helsinki and Finland at the same time!

How did you become a DJ? What inspires you as a DJ?
I have been collecting records since I was a teenager and started organising club nights and playing the records with my friends in the mid 90’s. Between 2001-2010 we run the legendary Helsinki-based club night called Wahoo! playing jazz, soul, funk and Brazilian and Latin sounds and at the moment we run a very popular monthly Big Shake night at Bar Loose in Helsinki, where we play e.g. 50’s and 60’s R’n’B, Jump Blues, Northern Soul, Surf, Mambo etc, all of course from original 45 & 78 RPM records. The inspiration for me has always been enjoying  finding and listening to great music, known and unknown – and the great feeling when you can introduce such musical gems to audiences who appreciate it and want to dance to them, too! 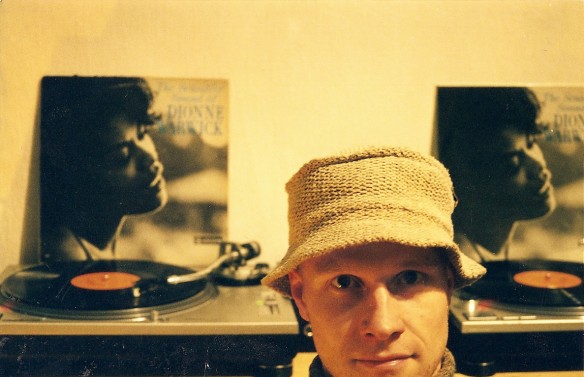