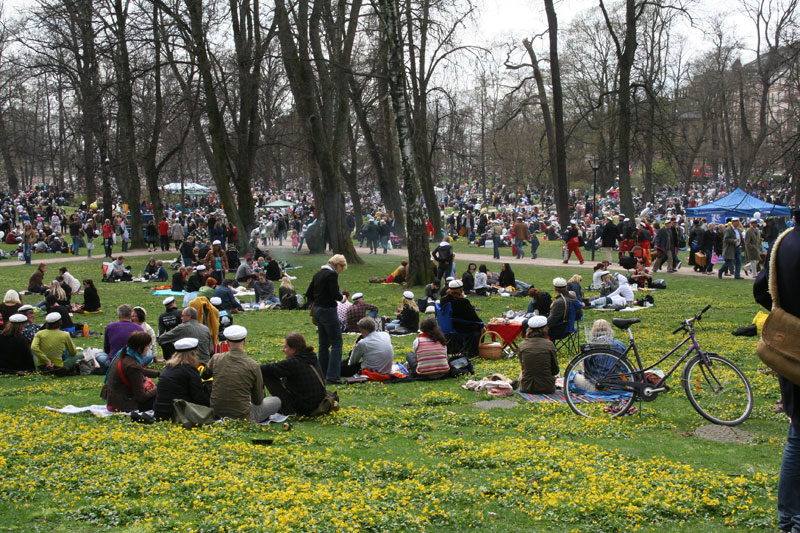 In Helsinki the May Day, Vappu in Finnish, Vappen in Swedish, celebrations begin 30th of April, which is commonly also called “Finnish Carneval”. On the day the different student organisations have their own program all around the city, for example students of history climb on the roof of Finnish National Archives to wear garland on the statue of Flora, some organisations go for piknik in Suomenlinna fortress or on the parks of Helsinki, and many statues get their own hats, garlands or other decorations. On 6 pm exactly is the high point of Vappu, when the statue of Havis Amanda (nicknamed Manta) gets her own student cap at Market Square in city center. Capping of Manta is big national celebration and if you want to get a good spot, be early on the place, because the square and Esplanad Park will be full of people. This year the Student Union of Aalto-University (AYY) has the honor of capping the Manta statue and they organize parade from Hietalahti Square to Manta, parade starts on time 15.30.

The Finnish students are allowed to wear their student cap, black-and-white hat, only after Manta has got her own. All the Finns who have passed their matriculation exam have this hat and nowadays also students of universities of applied sciences have their own versions of student cap, colors and decoration varying between different subjects.
The capping of Manta is the traditional mark of the beginning of the University’s summer season and holiday. After the capping of Manta there are parties of faculty organisations on different places. Like VappuAllianssi, Hämiksen Vappu and many others on the nightclubs of Helsinki, tickets on these parties are sold before the Vappu, if you are sure that you want to go in same parties, get your ticket in time, because the parties are many times sold out. The students of political sciences have their own Vappu event on the yard of the Faculty of Politics (Unioninkatu 37).

In the midnight the Vappu of students of Aalto-university, following the old tradition, culminates, when the students of Aalto are allowed to wear their student caps 12 pm, at Otaniemi, around and on the roof of Smökki -building. Student caps of old University of Technology you recognize by the bobble.
During the night there is carnival feeling all around the Helsinki, people partying and wandering everywhere. 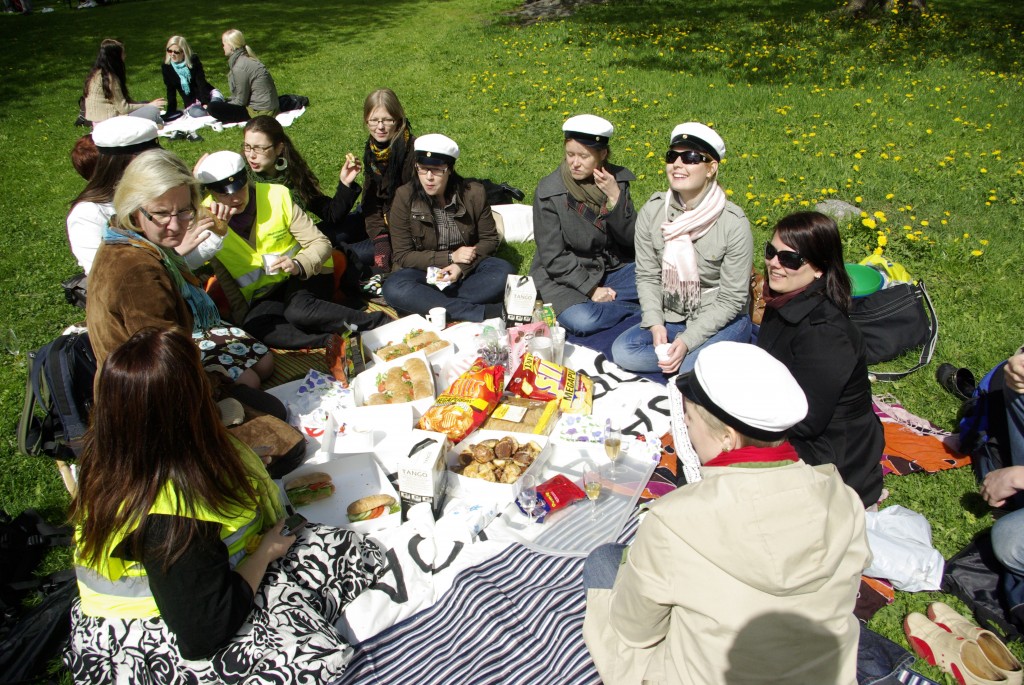 On the 1st of May the more formal celebrations begin in the Kaivopuisto Park, where on the hill of Ullanlinnanmäki the Finnish Flag rises on the mast and Student Choir sings spring songs and leaders of Students Unions hold their speeches. Whole Park is full of students and old students having the traditional picnic of First of May. Finnish speaking organisations hold their picnic at Kaivopuisto Park, Swedish speaking at Kaisaniemi Park. On the day there is also traditional parade of workers unions from Hakaniemi Square to the Railway Square. Traditional Finnish May Day foods are mead, doughnuts, tippaleipä and sparkling wine. The Finnish little children have the gas balloons and May Day whisks.
Between 30th of April and 2nd of May the houses of Student Union of the University of Helsinki (HYY) are closed. See further timetable to closing times on HYY’s websites.