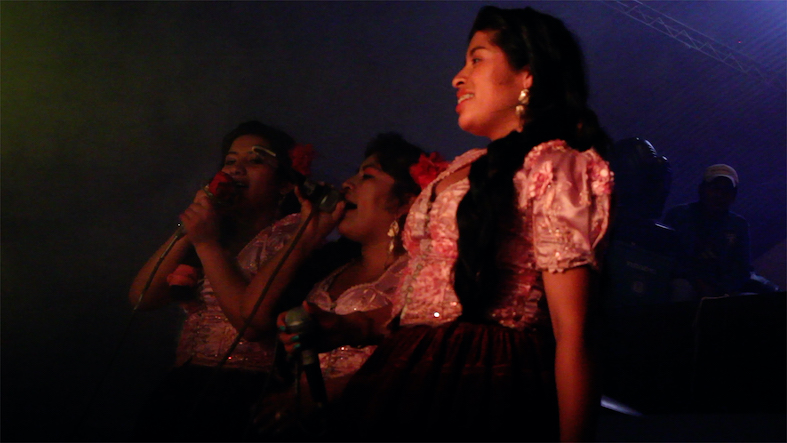 The film “When I’m on Stage, I Rule” celebrates the cholita song and dance groups who stormed the Bolivian folkloric-popular music scene in 2006. The first group, Las Conquistadoras, was composed by four cholitas, young Quechua women who performed huayño songs accompanied by high-energy stamping dance and electric instruments. Hundreds of cholita groups have emerged since, merging huayño, cumbia, pop, rock, and other genres in their repertoires, giving sensuously powerful performances in festivities of the Quechua- and Aymara-speaking population, the television, and the Internet. This film is about musical performance as an instrument of personal and collective empowerment that can transform realities. The film is based on interviews with cholita artists and live recordings of their performances for Siboné Oroza’s doctoral dissertation at the discipline of musicology at the University of Helsinki.

Original music for the film and animation: Antti Nordin.

The languages of the film are Spanish and Quechua, subtitles in English.

After the screening, the audience has the possibility to ask question from the makers of the documentary, Siboné Oroza and Antti Nordin.