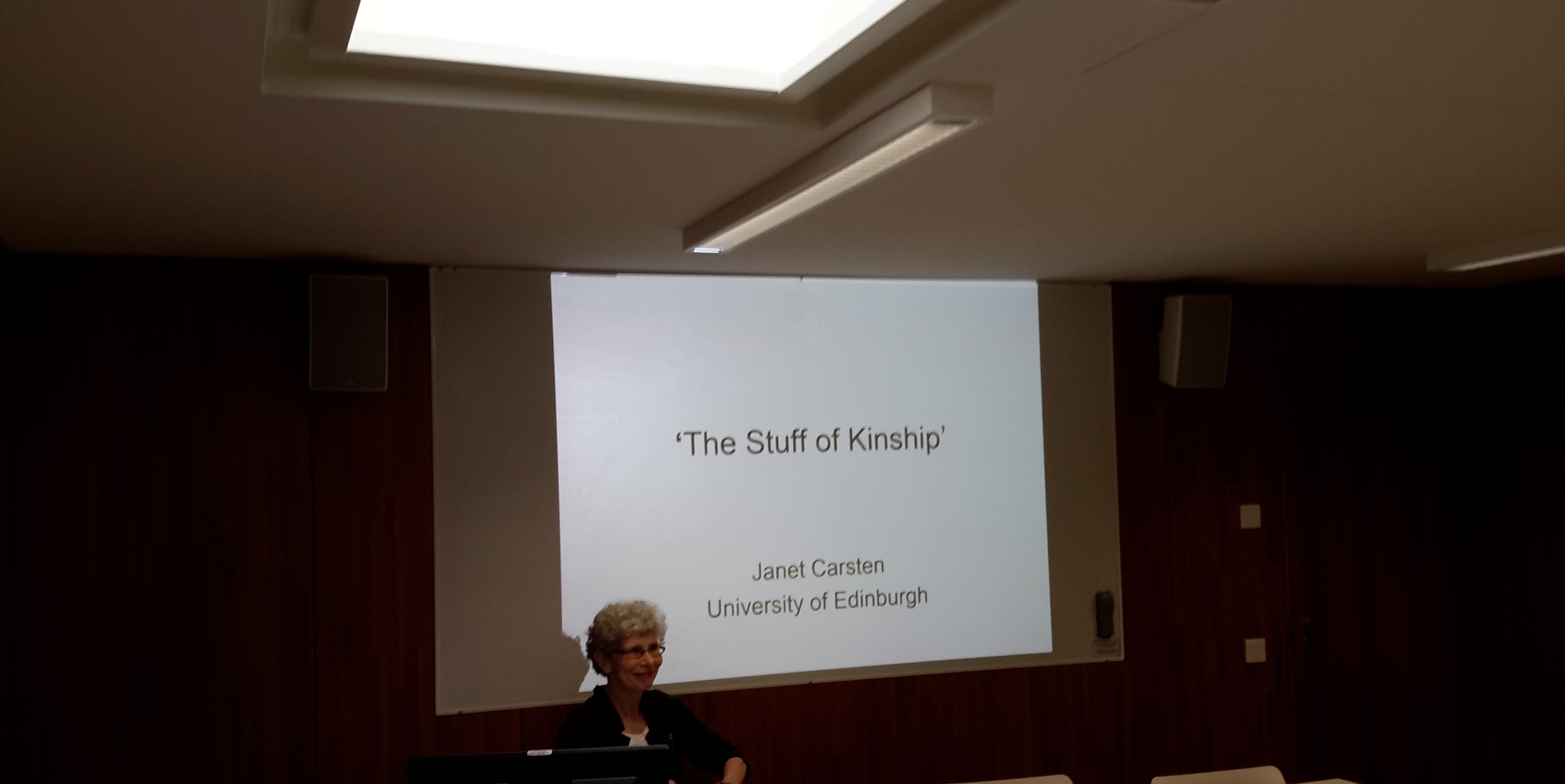 Janet Carsten (University of Edinburgh) gave a talk entitled “The Stuff of Kinship” on March 18, 2016 at our visiting seminar.

Taking as its starting point Marshall Sahlins’ recent essay on What Kinship Is…and Is Not (2013), this paper is a set of reflections on the current moment in the anthropological study of kinship. Sahlins’ definition of kinship as ‘mutuality of being’ is broad and inclusive. Rather than focusing on what kinship is or is not, however, I move away from the framing dichotomy of the ‘biological’ and the ‘social’. Instead, I use his discussion, as well as writings on kinship by other scholars, to think further about the ‘thickening’ and ‘thinning’ of kinship as it is made and dissolved through time, about gradations of kinship, and about the different substances and metaphors through which these processes occur. Drawing on recent fieldwork on blood, as well as some of my previous research, I enlarge on the ways in which temporality and substance are mutually intertwined, suggesting that they are inextricably embedded in kinship and in the capacities it evokes.