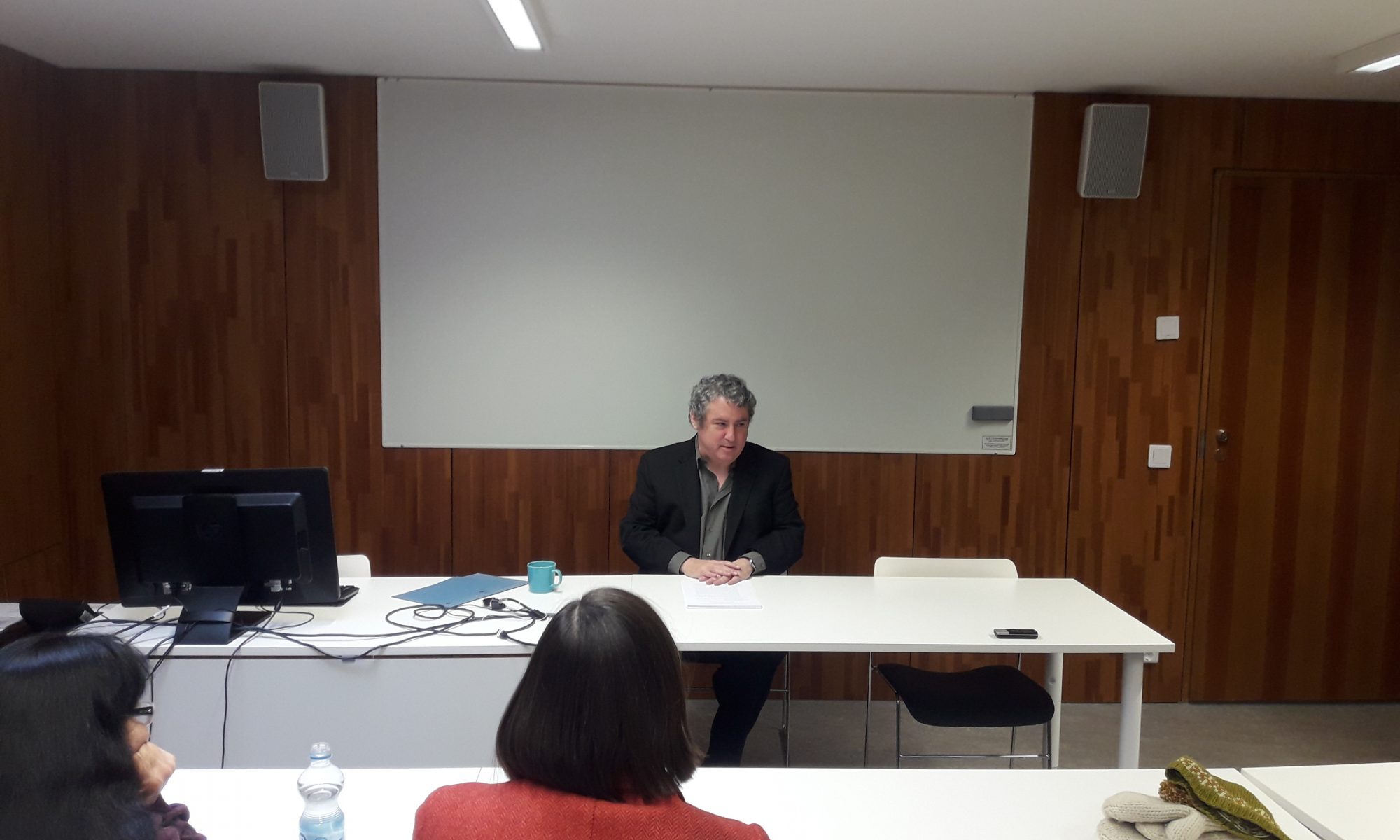 Joel Robbins (University of Cambridge) gave a talk titled “Anthropology between Europe and the Pacific: Values and the Prospects for a Relationship Beyond Relativism” on 16 March 2018.

What role should anthropology have in communicating between people living different kinds of lives today? This question arises with some urgency at this moment, I argue, because an older anthropological model of communicating in ways that aimed to foster tolerance of difference has somewhat faded from the scene, losing force along with the doctrine of cultural relativism that once supported it. It has in many cases been replaced by a model of witnessing to what are taken to be universally recognized kinds of social failures in places where anthropologists imagine that their audiences may be unaware that they have occurred. Looking at some material on Pacific Islander performances aimed at reaching “distant” audiences, however, I suggest that many of the people anthropologists write about have not themselves lost interest in in communicating some of the specificities of their own cultural traditions in ways that relativism once allowed. I propose an anthropological conception of values as a theoretical tool that might help anthropologists address this interest on the part of those they study in a forceful way, without raising again the difficulties that led to the original turn away from relativism.