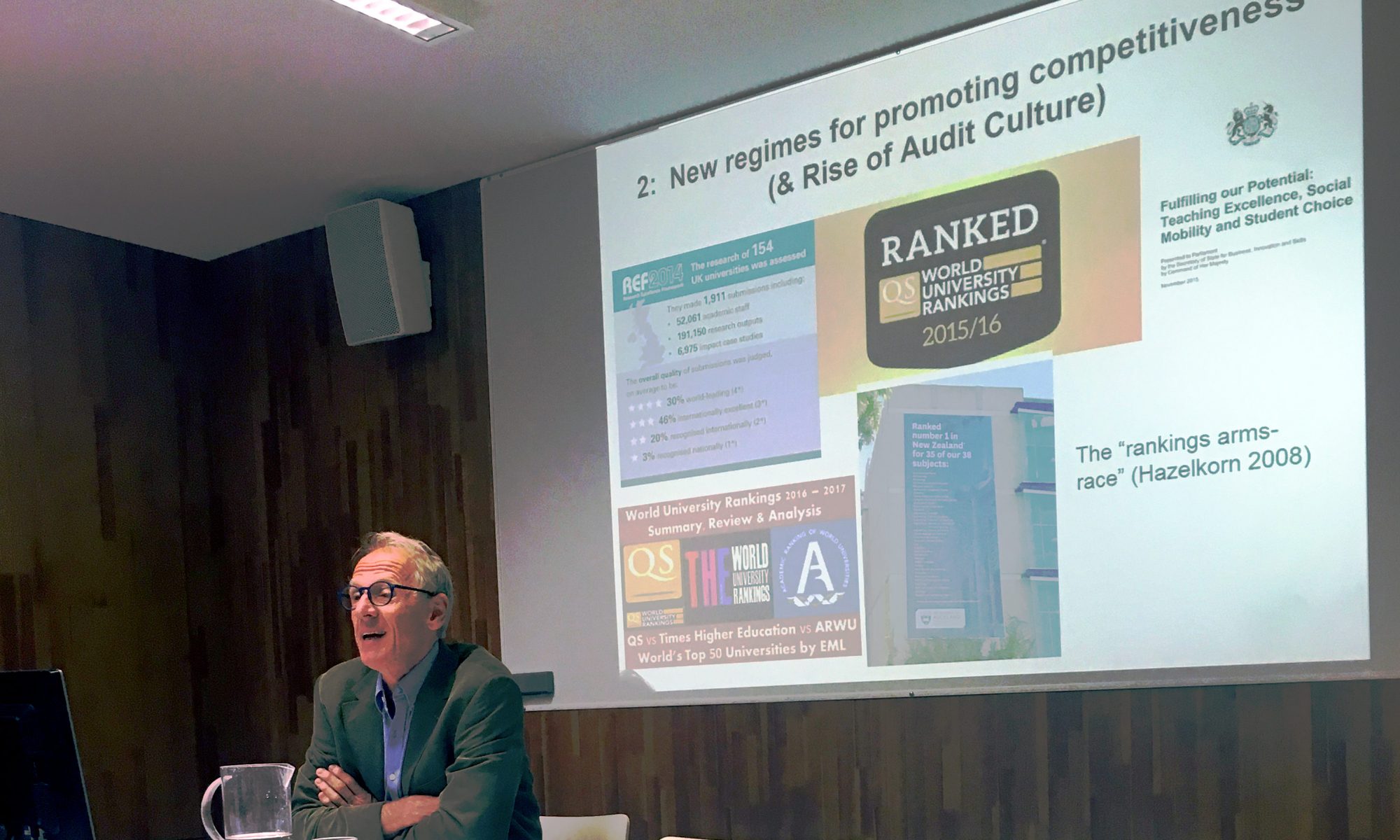 This paper explores the problems of university management, particularly as seen from the perspective of academic staff. My starting point is Marc Taylor’s (2017) recent article entitled ‘Every attempt to manage academia makes it worse’. Taylor’s argument is that attempts to incentivize academic performance using quantitative measures always fail because because as soon as one tries to measure how well people are performing, they will switch to optimizing for whatever is being measured rather than putting their efforts into doing good work, a phenomenon captured in maxims such as ‘Goodhardt’s Law’ or ‘Cambell’s Law’. Moving beyond Taylor I ask: how should we make anthropological sense of these attempts to measure, manage and reward academic performance? What work do these incentives do and what new kinds of subject are they creating? How is the growing division between academics and administrators impacting on social relations within the university? And how is the increasing reliance on business models, performance measurement and commercial imperatives redefining the mission and meaning of the public university? In addressing these questions I bring together critical insights from Stephen Ball (2003), Chris Newfield (2011), Christopher Lorenz (2012) and other analysts of higher education reform. I also draw on ethnographic examples of disputes over university reform in New Zealand and elsewhere to shed light on some of the deeper trends that are occurring in the management and governance of contemporary universities.