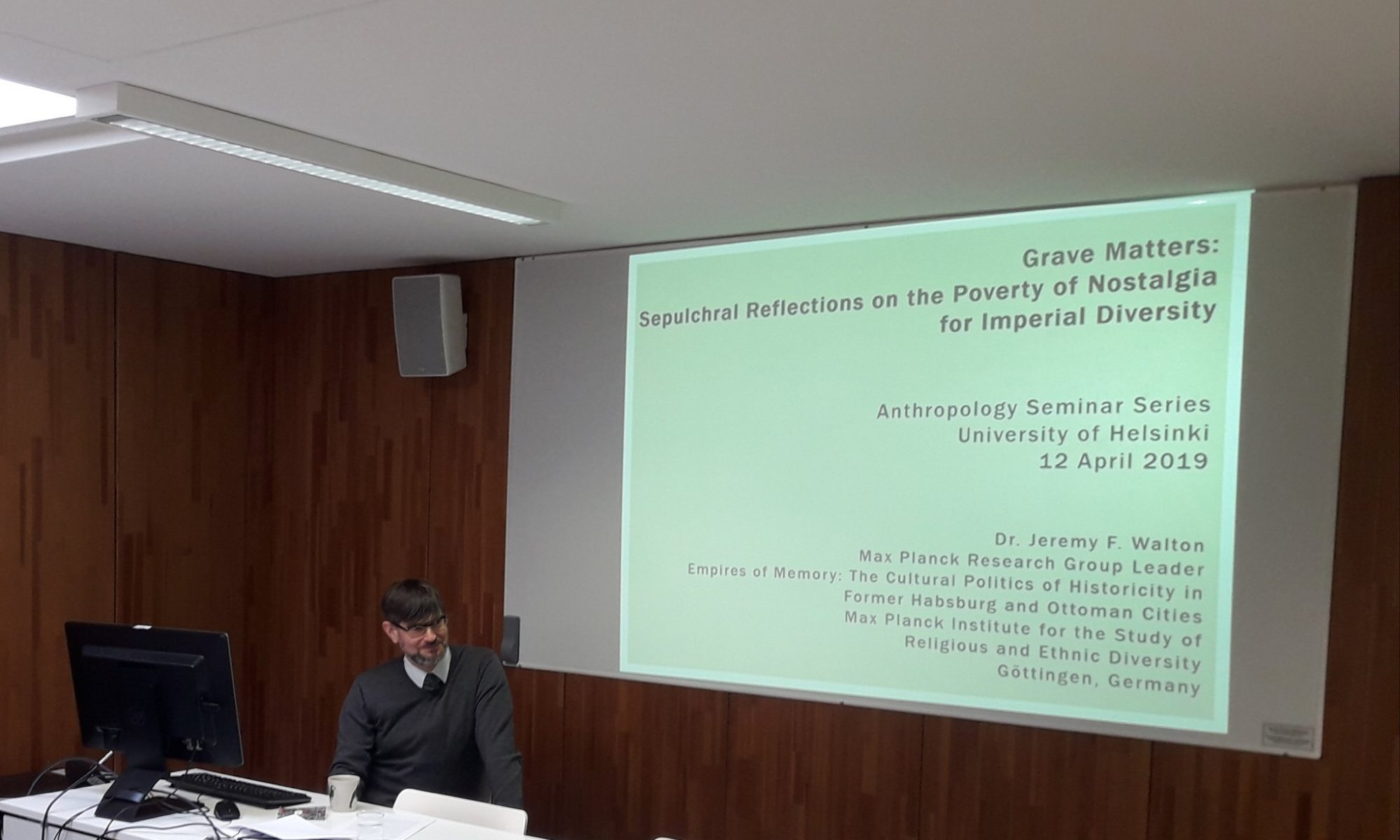 In an era of increasing skepticism over the capacity of nation-states to manage the effects of ostensibly primordial social differences, nostalgia for empire is on the rise. From across the political spectrum, both popular and scholarly reevaluations of imperialism have recast the empires of the past as potential models for addressing the dilemmas of the present. This sort of restorative nostalgia (Boym 2001) is especially robust in relation to the Habsburg and Ottoman Empires (Barkey 2008; Judson 2016), both of which reputedly dealt with difference more supplely than their successor nation-states.

With this context as a backdrop, my panoramic aim in this lecture is to offer a minority report on the structures, textures, and legacies of imperial “diversities” by way of an examination of a rather eccentric archive: late imperial cemeteries. Across the segmented political space of central and southeast Europe and the Balkans, cemeteries speak eloquently of the foreclosed social, religious, and political pasts of empire to those attuned to their cadences. In particular, I focus on four late-imperial graveyards as sites and archives that register empire’s social worlds in sepulchral form: the Zeitinlik Allied War Cemetery in Thessaloniki, Greece; Zagreb’s Mirogoj Cemetery; the Habsburg Naval Cemetery in Pula, Croatia; and, the Soldatenfriedhof in Styria, Austria. By reflecting on what I call the “textured historicity” of empire (Walton forthcoming) embodied in each cemetery, I plumb neglected imperial legacies in order to interrogate the poverty of nostalgia for imperial “diversities.”