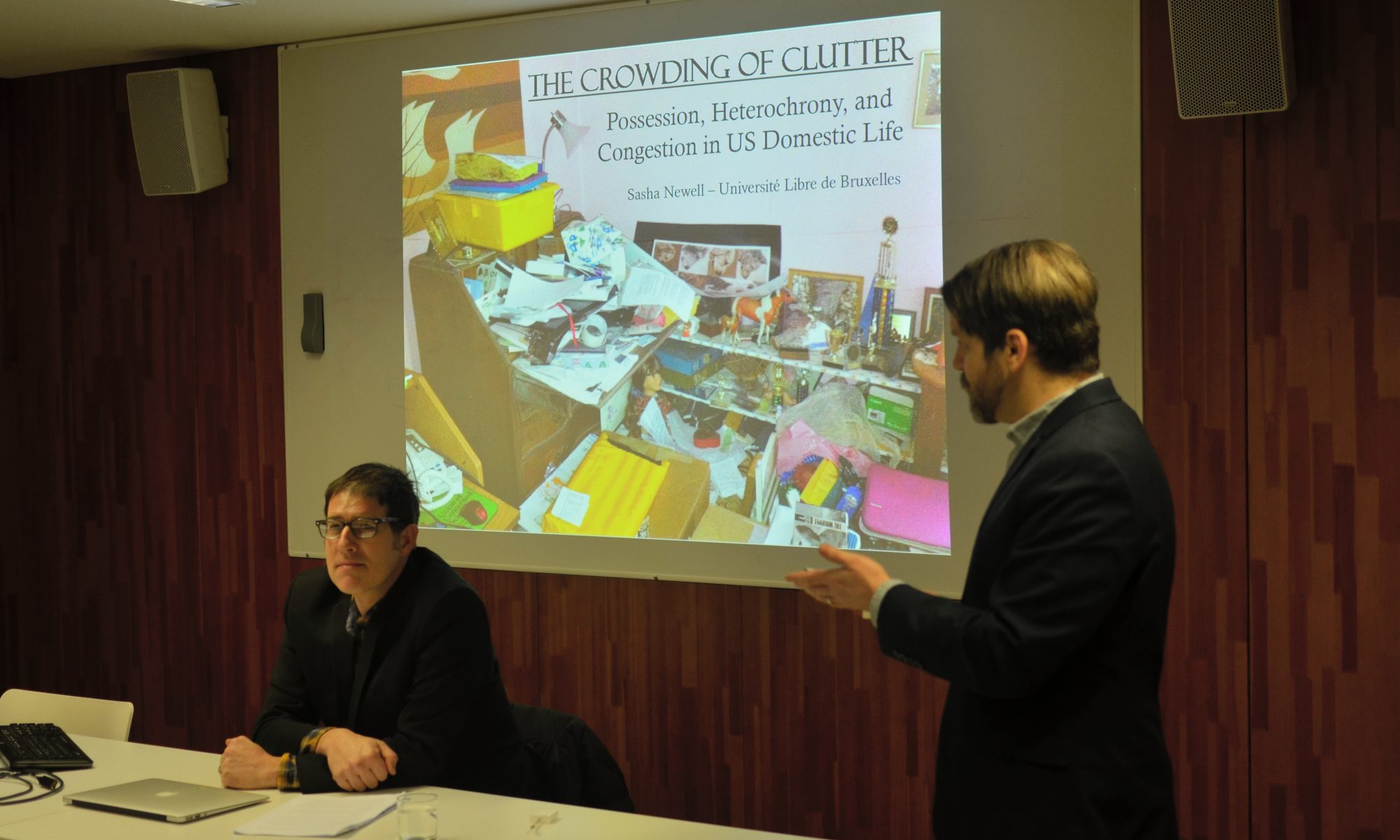 Building upon ethnography in U.S homes , this paper excavates affective intimacies with objects in relation to the animacy of accumulation. Unlike curated collections, accumulations of belongings grow and seep of their own accord in darkened corners, gradually accruing mass and inserting affective hooks into the tissue of their owners’ sociality, until they burst forth into visible space in ways that threaten normative values. Those who fail to contain such accumulations are classified as hoarders, their deviance essentialized as mental disorder, while others anxiously patrol the frontiers of ordered domestic space in hopes of keeping clutter at bay. Clutter is not only spatial but temporal, allowing for arcing constellations of temporal connections that congest and confuse the social space of the home, but also allow for contact and contemplation with both past and future potentiality. Because stored things are often part of the non-conscious cognitive dispositif through which memory, kinship, and temporality are intertwined, the affective force of possessions resists both mental and material containment.