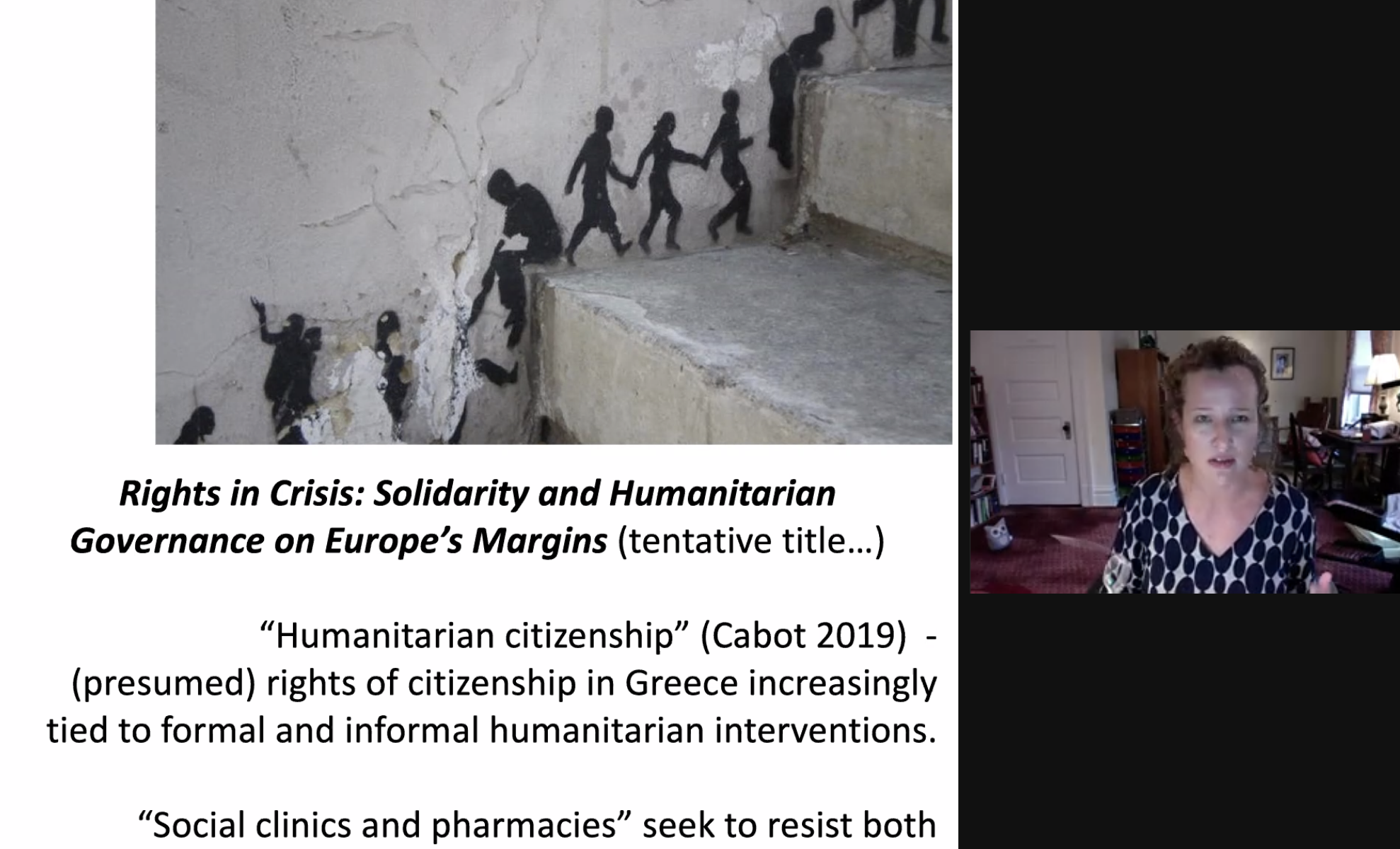 Heath Cabot (University of Pennsylvania) gave a talk titled “The Magic of Bureaucracy in Athens’ Social Solidarity Clinics and Pharmacies” at the online UH Friday Anthropology seminar on 2nd October, 2020.

Social solidarity pharmacies and clinics in Greece are citizens initiatives that seek to redistribute care and pharmaceuticals to people who might not be able to access them otherwise. Amid widespread unemployment and poverty, and state social services that have been actively dismantled under austerity, the social solidarity clinics and pharmacies are forms of grassroots care which, according to my research interlocutors, variously complement, “fill in,” or reconfigure failing and often exclusionary state systems. Drawing on thirteen months of ethnographic research in Athens and its environs between 2015 and 2019 this paper explores how bureaucratic forms are enlisted in the production of solidarity in ways that often mimic those of state services. The use of bureaucracy to serve the anti-hierarchical, horizontalized ideals of solidarity may appear to be a contradiction in terms. However, invocation of certain bureaucratic values, such as consistency and transparency, in the space of solidarity acts as a kind of benevolent “bureaucraft” (Caple-James 2012), meant to counteract the uncertainty and even malevolence often associated with the Greek state. This paper thus shows how bureaucracy and grassroots modes of care interweave in perhaps surprising ways; yet, through the attempt to produce benevolent bureaucracy, the social clinics and pharmacies remain haunted by the very exclusions they seek to counteract.