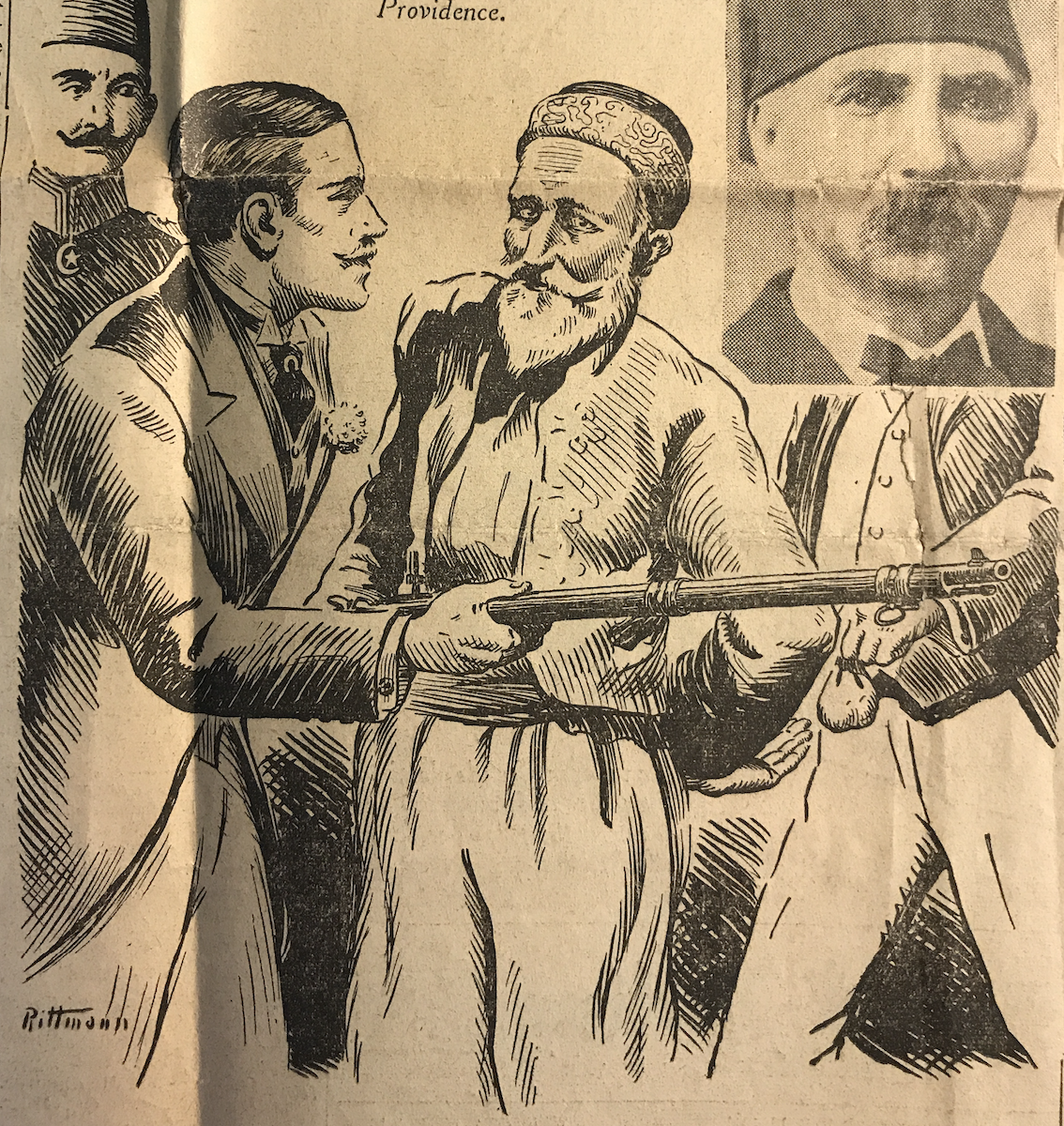 This paper takes a microhistorical approach to explore the U.S. role in the decline of the Ottoman Empire in the late nineteenth century. The study focuses on the culturally-mediated impacts of a major military contract between the Turkish government and the Providence Tool Company. With little or no U.S. government involvement, the contract sent 600,000 state of the art Peabody-Martini rifles to Constantinople to equip the Ottoman army ahead of the Russo-Turkish war of 1877-1878, where they played a critical and lethal role at the Siege of Plevna. Within two decades, the “Turkish Martinis” were already obsolete for front-line units, but they changed hands at the edges of Ottoman authority, valued for their their simplicity, ruggedness and stopping power.  Between 1870 and 1880, the contract also brought Turkish officers and enlisted soldiers for an extended sojourn in Providence RI, as inspectors of the production process. These individuals–all male–were also transformed by their encounter with a fast-growing industrial city and its diverse inhabitants. The outcomes ranged from high-profile suicides to naturalization and citizenship. By tracing the journeys of inspectors and rifles as they changed places, the paper argues for the heuristic value for global history of close attention to the cultural encounters, frictions, accommodations and transformation that occur as ideas, people and objects move between the centers and the edges of imperial oversight.