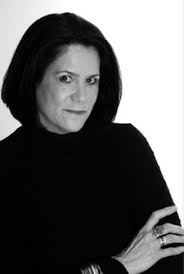 This afternoon Alisse Waterston visited Helsinki to present her paper, Making Knowledge Accessible: Experiments in Multimodal Anthropology with Art, Fiction, and Ethnography. For decades, anthropologists have discussed and debated the politics of representation and “writing culture,” failures to venture beyond the confines of the ivory tower to engage with the world, and how to put anthropological knowledge to public use in the interest of a more just world. These discussions help reveal what Gina Ulysse describes as the dangers of the split, such as the schism between the scholar and the responsible global citizen and between the artistic and the scholarly in representing what we have come to learn. I am one among many anthropologists experimenting with genres beyond conventional academic writing forms and whose hunger never seems to be satisfied for conversation about the often frustrating, rarely celebrated process of communicating what we have come to know and understand. In this talk, I describe my experiments in multimodal anthropology with intimate ethnography and the graphic novel and new endeavors in writing fiction. I will discuss aspects in the process of knowledge production and communication that include the art and the craft, the whys and wherefores, the conceptions and creations, the uses of new tools and technologies, the effort to “write otherwise” (Hannerz 2016), and matters of audience, reception, and a work’s afterlife. Underneath these efforts are various questions for discussion that may include: What is gained and what is lost in crafting works designed to stimulate, disturb and/or inspire? How to effect change in the discipline and its institutions to support experimental formats and efforts to communicate otherwise in anthropology?