Digitalia was well represented in the Digital Humanities i Norden conference, which was held during 7-9.3.2018 in Helsinki.

Results and work of Digitalia was presented for example, in a short paper called: “Creating and using ground truth OCR sample data for Finnish historical newspapers and journals” (paper and slides). This paper was one of the few,  which was given the label of distinguished short paper. Also the notification of the ground truth material got some interests in social media, so maybe we will have others who are interested to improve OCRring methods to experiment with the base data. We got also some ideas on how to improve the data packages, which we can probably improve down the line. 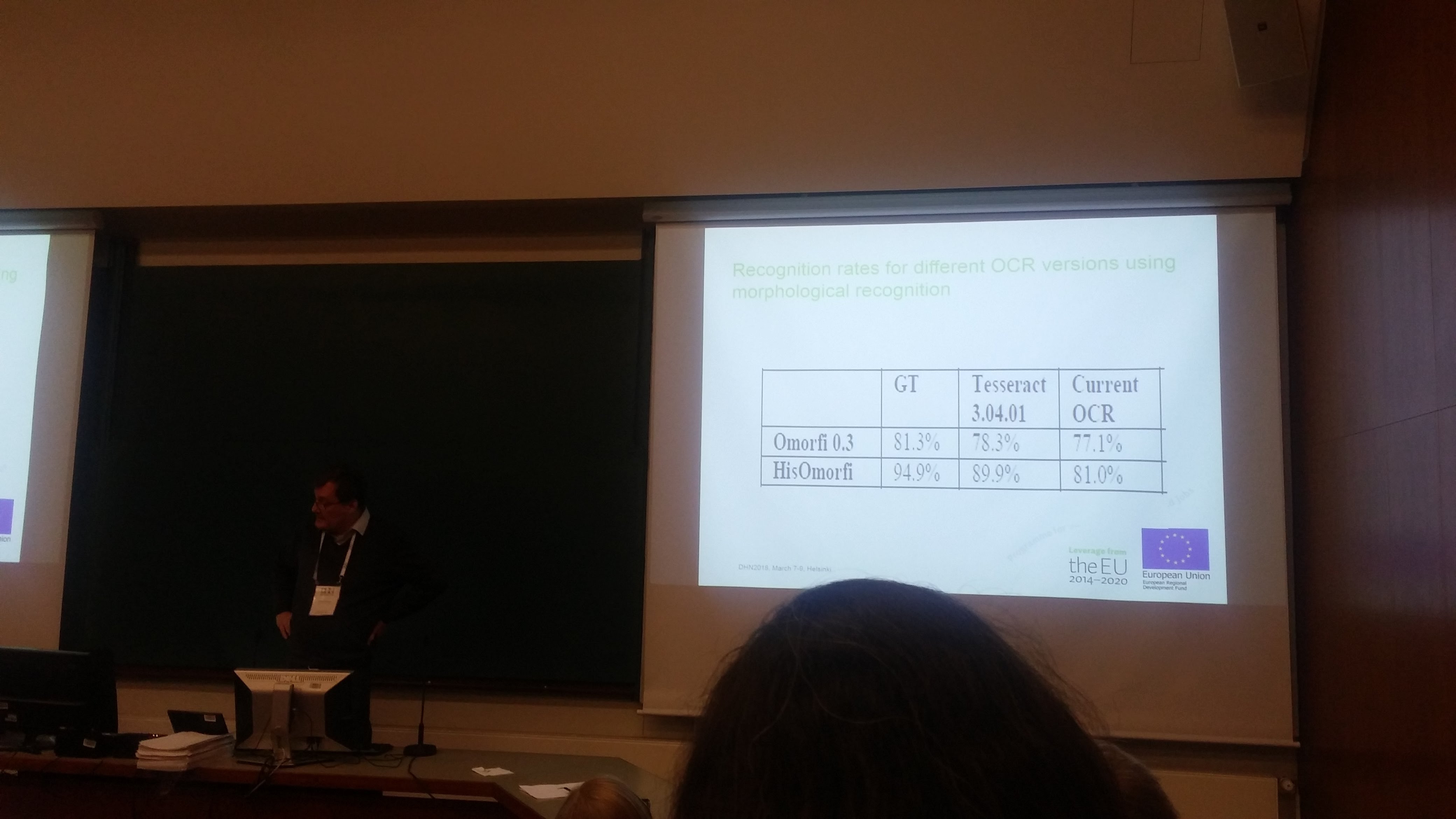 Ongoing work was also visible in the poster session via poster, which describe all of the ground breaking work targeted to make next steps with processing the materials easier. The poster was titled: “Research and development efforts on the digitized historical newspaper and journal collection of The National Library of Finland”. Based on the amount of people who were using newspapers or especially Finnish newspapers, here is opportunity to do good improvements, which benefit many researchers all the way. 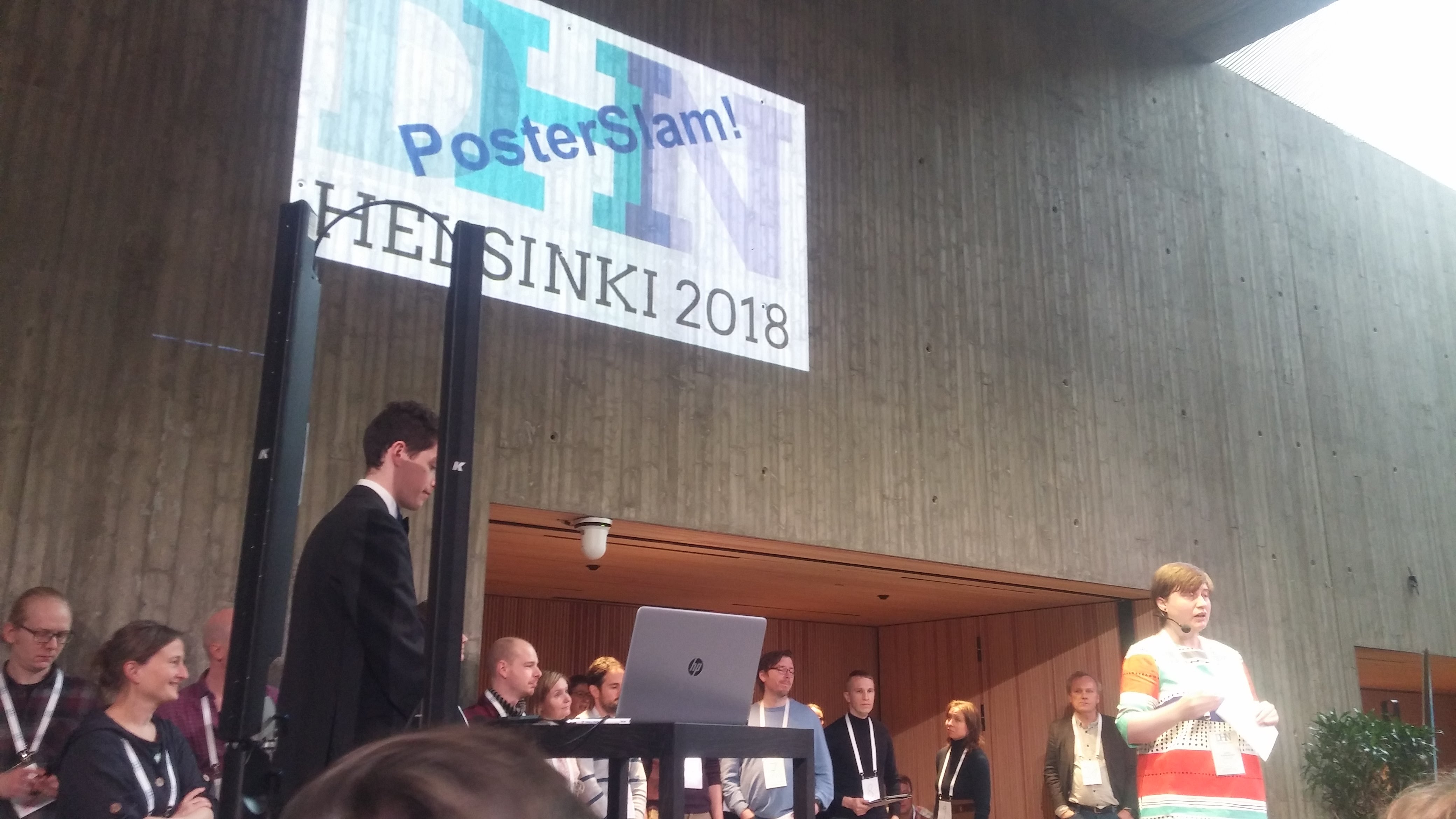 All in all whole conference was full of interesting topics and researchers of multiple fields, which shows the vitality of the “digital humanism scene” in Finland, but also in whole of Nordics. There were also many papers of note that related to the National Library of Finland via newspapers or other listed data:

Potentially interesting also for further development were for example, paper about Sentimentatior full title “Sentimentator: Gamifying Fine-grained Sentiment Annotation” (paper), which enables easy creation of learning data of sentences with annotated sentiments with number of predefined sentiment categorization. The talk “The Nordic Tweet Stream: A dynamic real-time monitor corpus of big and rich language data” (paper) utilized social media data and was preparing online tool for access while still keeping in mind the generic open data needs. The recently started Wikidocumentaries project (paper) is a interesting case as it could act as a bridge between local history endeavours and citizen or local scientists.

All in all very thought-provoking conference and it was super exciting that it was in Helsinki, so it was easy to visit by Finnish DH people and naturally from the Nordic countries. Discussions during breaks were lively and gave more details to the background to various  papers and presentations there were.