A paper published in IEEE Software on how the practitioners viewed the role and importance of refactoring, and how and when they refactored. The study was based on the interviews of 12 seasoned software architects and developers at nine Finnish companies.

The respondents considered refactoring to be valuable but had difficulty explaining and justifying it to management and customers and did not use measurements to quantify the need for or impact of refactoring. Refactoring often occurred in conjunction with the development of new features because it seemed to require a clear business need. 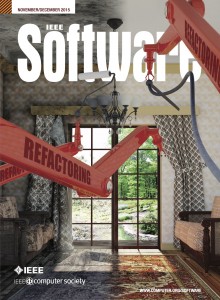