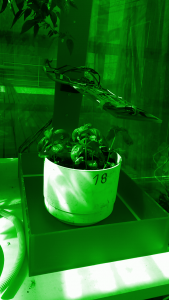 How did we end up doing this?

We all wanted some automated system to follow and manage our plants, even from another country. So we brainstormed some ideas, first we thought about automated watering, playing around with different setups of lights and water to find the optimal way of growing a certain plant. Then we narrowed it a little down, following the plants well being was enough, the watering part if wanted could be made with a pump of some sort.

And we all love of course a… plant disko! 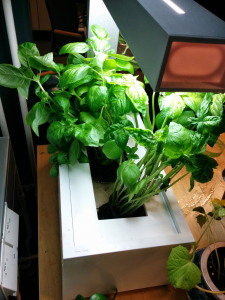 First every piece of plastic was cut, then taped together and finally glued with silicon. Silicon that we used required 48 hours of cooling down. 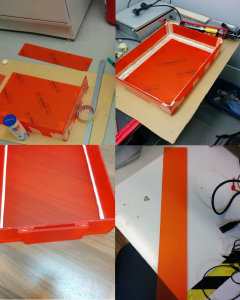 Everything is controlled through Raspberry PI running Raspbian. Code can be found here.

The main idea of the project is to follow the light sensor (and maybe also temperature sensor) to control the 3 rows of LEDs in the ‘top part’. 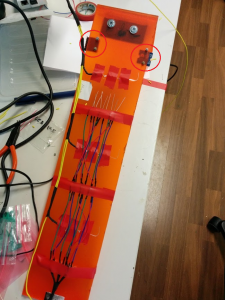 There are 2 sensors attached, light sensor and temperature as shown in the picture. The more important of them is the light sensor, which sends data to raspi from where the polled sensor data is sent to a cloud storage and from there to an SQL database through the filters. This data is displayed on the web UI.

Components used for this:

The leds are controlled through the Raspi. The raspberry PI is connected to a Digital To Analog converter where the voltage out is connected to a transistor. The lights are high intensity leds, so we used a external power supply (12V) for them, and for this reason we had to use mosfets between the leds and the raspi. 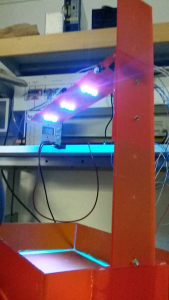 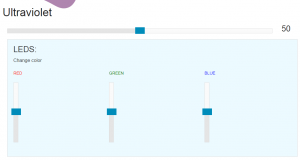 From the UI it is possible to control the lights, ex. if a plant needs more light in the evening you can turn the light level up with your phone.

The backend was made with Node.js express. It had a simple API for sensor values and color control. Idea of the backend was to poll the SQL database running in cloud service, and to provide API for the UI for easy data handling. 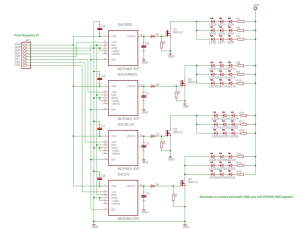 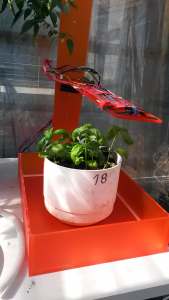