It’s been a while since our trip to Japan, but the memories are still so colourful, like it would be yesterday.

After receiving invitation from Koyata-san, somewhere in the summer, the preparation for the trip took many months.  It was Sunday 14th of October, when Hannu and I took 9,5h long flight (surprisingly we were not in the same plane) to Narita airport. Our travelling plans with Hannu were different from the beginning to the end. Mine plan was: to take a plane to Narita then get to the Tokyo Train station, then by Shinkansen to Aomori-shi then local train to Hirosaki. Regardless many worries of Koyata-san, my trip went smoothly and I got to Hirosaki without any problems.

Something funny about the “bullet train” Shinkansen, after our presentation, one of American professors asked me “what was the strangest thing to you while travelling by Shinkansen?”, after some time of thinking I said: “lack of luggage storage and lack of garbage bins”,  he answered surprised: “really? not the silence?”, my very fast answer: “oh now, I’m used to it, I live in Finland..”

And coming back to our trip: Hirosaki, located in the northeast part of Honsiu welcomed us in November with warm and little moist wheatear, close to Finnish summer. Accommodation in Blossom Hotel was good, regardless lack of EU electricity plugs. The choice of Japanese style or western style breakfast was always a nice challenge in the morning.

Koyata-san has put a lot of effort, to make our stay as much comfortable as possible. We were officially welcomed by many professors and the dean himself. During our week long stay in Hirosaki, we had many opportunities to discuss the research issues interesting for our universities. During one of such conversation, totally new idea came up, CGE modelling of the impact of the tsunami and the great earthquake in 2011 on the nearby regions and its economy. The cooperation idea, which is now in a very good-looking stage, started right there, in Hirosaki, during a meeting, lunch or maybe a dinner. 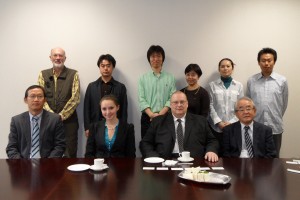 The official CGE seminar was held on Fri evening and was attended maybe by more than 20 participants including professors and students. After our presentation an interesting discussion took place, but it was clear: Hannu has “sold” the CGE modelling method to our Japanese friends!

Following, last dinner took place in very cosy and small place. The amount and variety of the food was really surprising. One dinner characteristic that maybe would not work well in Finland was that with a fixed price per person for the meal, all drinks were included. Just trying to imagine it in Seinäjoki… no, I can’t! 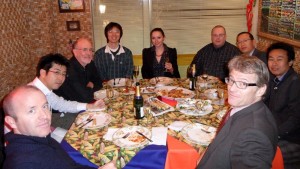 Somewhere between meetings, lunches and dinners was a time for sightseeing. This small town (in Japanese scale) turned out to be really tourist friendly. Beautiful castle surrounded by 2000 cherry trees (WHICH DO NOT GIVE FRUITS!), apple road, apple park, temples and shrines, Bunaco factory, “a rich man’s “mansion.. those are for sure places worth a visit!

The trip to Hirosaki was a big success, both for professional issues and culture-discovering and leisure. I will be forever thankful for the opportunity of participating in that trip and making my biggest dream, visiting Japan, come true. 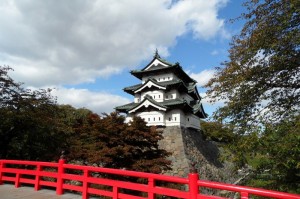 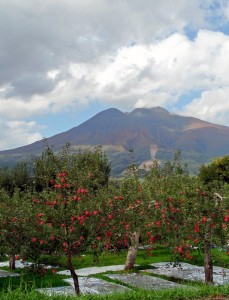 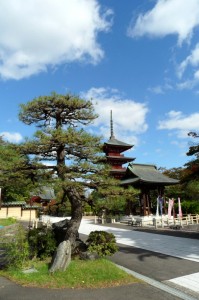