Ruralia Institute has a cooperation agreement with Hirosaki University situated in Aomori prefecture in the most northern part of Japanese main island Honsu. Our Japanese colleagues have visited us more than ten times. Researchers of Ruralia Institute have also been in Hirosaki numerous times. We have participated in conferences and seminars together and published some joint papers now and then. In the spring of 2014, I was made an interesting offer by Professors Carpenter and Koyata. They would like to see me teaching an intensive course on European integration at the Faculty of Humanities in the department of international society.

As I am originally specialized in world politics, I eagerly agreed. I also made a counter proposal that we should do fieldwork about the Japanese ways of the “third mission of university” – or university interaction with the society, which in this case would mean finding out how the professors of Hirosaki University co-operated with food sector companies. Professor Koyata agreed and thus in the February 2015 I headed to Hirosaki to start my visit by teaching my class that consisted mostly of 2nd year students. 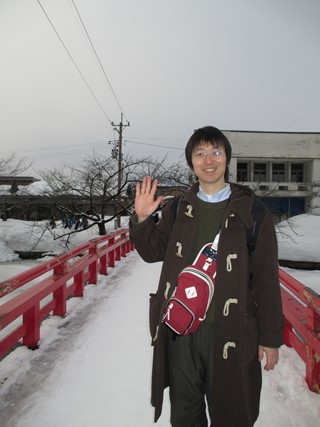 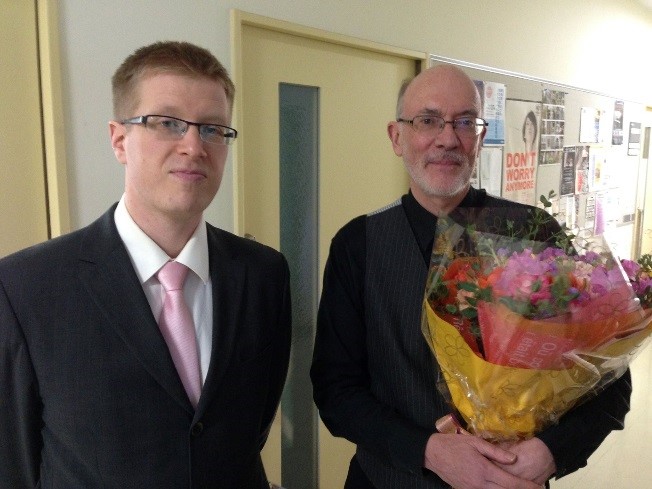 Teaching in Japan had some peculiarities compared with teaching in Finland. One interesting difference was that every day at least one or two of the students fell asleep during my afternoon lecture sessions. Usually, sleepy ones rested around 10-15 minutes and then they continued to listen as if nothing had happened. This was considered business as usual, as the students were studying around eight hours or more per day. On top of that majority were working part time for 3-4 hours for 6 days a week or so. Altogether this meant that average student was “working” 11 – 12 hours a day and had very little free time. Despite tightly scheduled days, students had frequent parties and they took part in extracurricular activities. They also graduated on time. The commitment to studies seemed exceptional, students were really working hard. Against this background falling asleep during a lecture now and then seemed quite understandable. 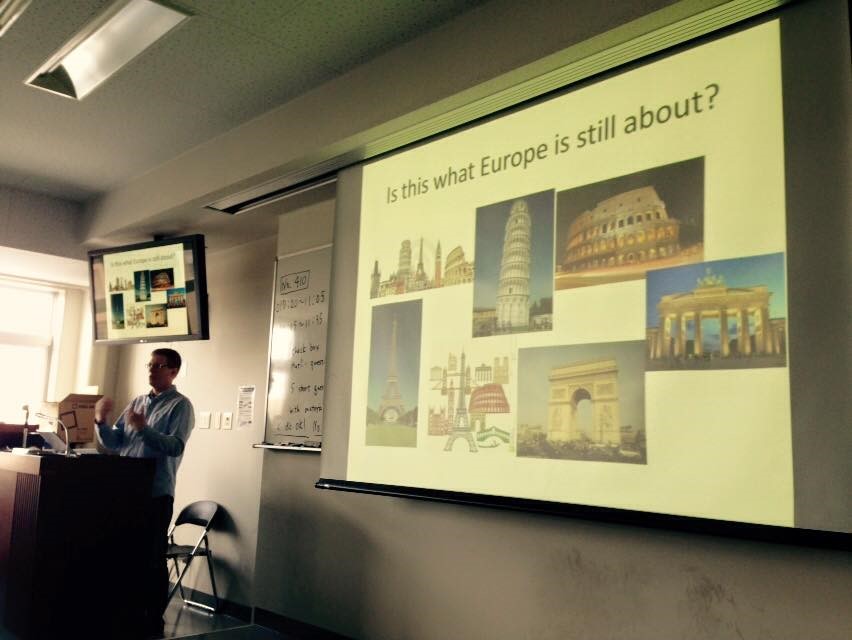 The students of international society Bachelor’s program did not just behave well in my classes, but they also hosted me. They for instance invited me to a dinner, took me to the mountains to see Iwakiyama shrine and (upon my request) showed me the closest MOS burger fast food restaurant. They also gave me small presents. I am very thankful for this hospitality. I also think that involving students in the hosting of foreign lecturers is very helpful for both sides. The students get experience on how to interact with foreigners and the visitors can get firsthand information about life in Japan. 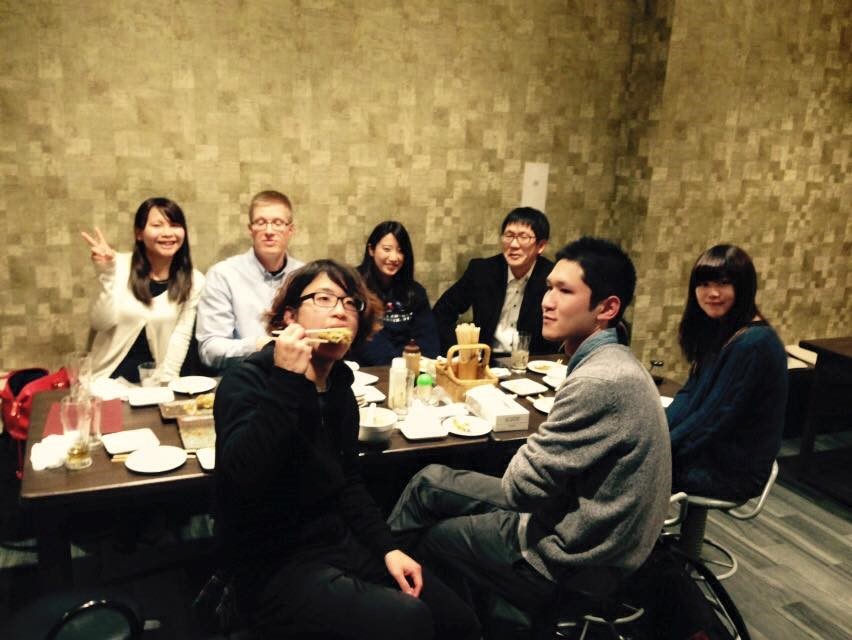 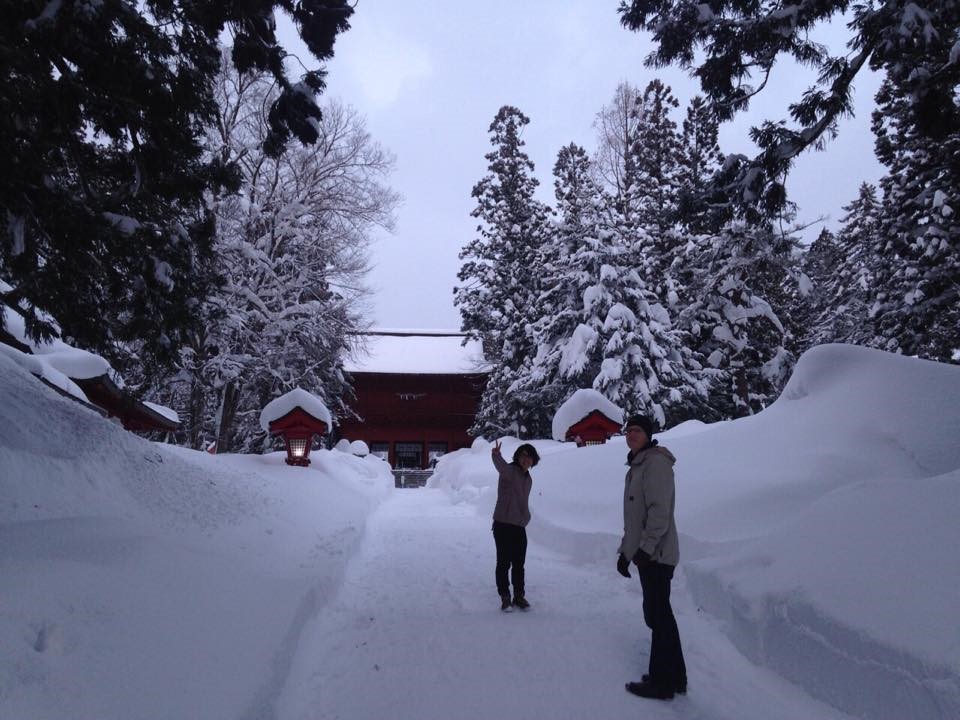 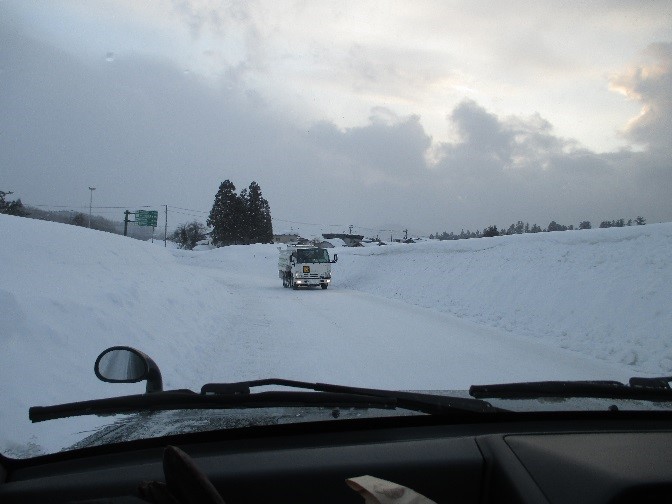 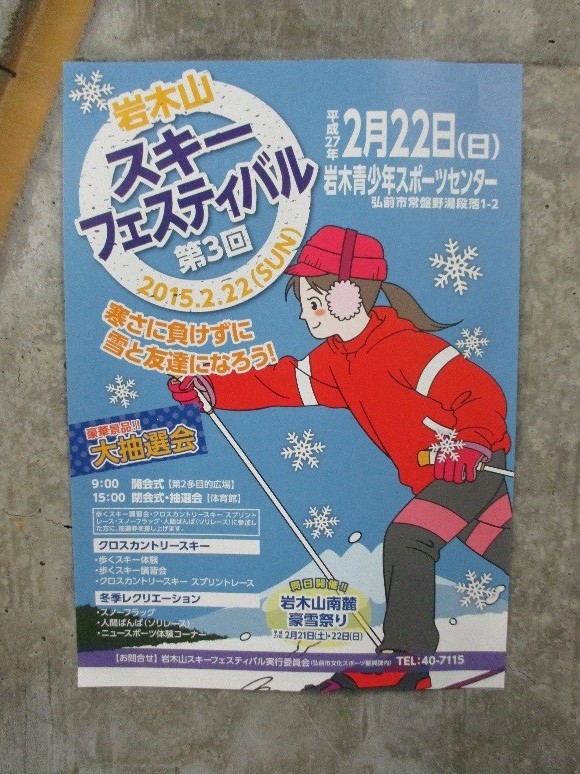 Teaching in Japan had many similarities too. One was the silence in the classroom. Many of the students seemed shy in answering to my questions in English, but eventually we were able to exchange ideas. As a representative of culture which follows the motto: “Reden ist Silber, Schweigen ist Gold” or “silence is golden” I did not find this disturbing. Actually, it gave me the feeling that Finnish and Japanese culture bare a lot of resemblance in this regard. After 30 hours of intensive lecturing came the final exam. The results seemed to follow the classical Gauss chart pattern (I do not use it for evaluation purposes though). The majority of students got good or satisfactory grades, but there was also a small minority of excellent students as well as those who barely passed the exam or failed. In this regard, there was no difference from Finnish situation. 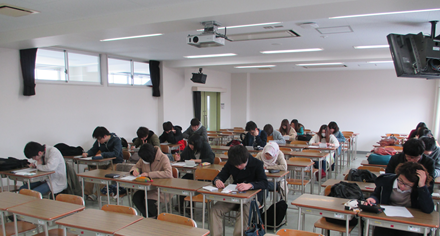 The second purpose of my visit, interviewing the professor of Hirosaki University about the ways of university business co-operation revealed some interesting similarities. The professors interviewed were among the most successful ones in societal interaction with private companies. They had carried out several research projects varying from how to use salmon skin collagen in cosmetics industry to the development of new apple variety for Chinese markets. Like in Finland, the professors did not consider the interaction itself to be interesting, but they saw it as one way to fund scientific research that they could publish the results in the international peer reviewed journals, which they considered to be their most important task. This was, however, sometimes in contradiction to the interests of companies that wanted to keep the research results secret as long as possible. On the other hand, academic basic research as such had little if any use for the companies.

Creating a research project that would benefit both the academic and business side of the joint endeavor was considered extremely difficult but not impossible. Nevertheless, the possibilities do co-operation with companies are better in sciences that are more applied by their nature. The professors interviewed represented such fields as fishery science, food science and agricultural science all fields where co-operation with companies was probably more natural than for those working in the field of arts and humanities for instance. Actually, I heard a story about one Professor of humanities who quit because he saw the requirement of societal interaction pointless and impossible to answer. Protests like this were rare, but the interviewees told that many of their fellow colleagues thought that societal interaction needed time they would have rather spent on research work.

One of the most memorable interviews took place in the freshly established Institute for Food Sciences in the Aomori city some 70 kilometers from Hirosaki. There we interviewed director Naotsune Saga and Professor Yuji Nakai. They both gave some interesting ideas how researchers could co-operate with companies better. One of the key ideas was that the newest scientific findings are often too risky to be applied to the needs of private companies as such. It is better first to publish scientific results and wait that the technologies mature, and only then start applied research projects with companies if seen necessary. This method makes it possible to publish in journals that have a high impact factor. After publication it is then possible to do applied research with companies, which can lead to economic gain for the researcher.

During the interview Professor Naotsune criticized Western research policies. In the West, applied research is undervalued, he stated. At the same time, western people are too impatient with basic research. We want to see results and solutions fast, but basic research is not a tool for that – that being the role of applied research. These ideas seemed radical at first, but maybe there is some truth behind them. In Finland for instance, universities are described playing an important part in our national innovation system that benefits the society at large and the economy especially. Yet, our recent government will do substantial cuts to the funding of our universities directly and indirectly in the face of economic crisis we have been living the past four years or so. This will probably do more harm than good for our innovation capabilities. Maybe our research and innovation policies are shortsighted indeed. 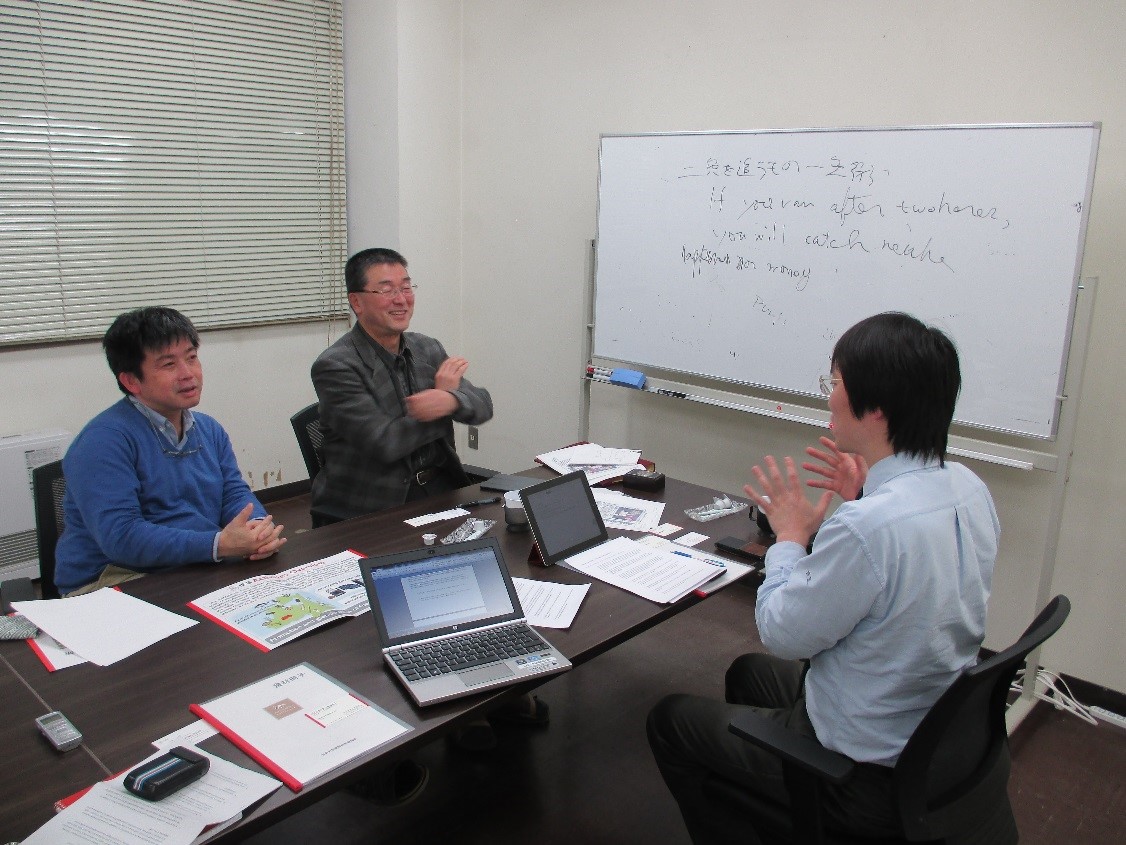 Professor Nakai, Director Saga and Associate Professor Koyata. On the board a slightly edited version of the old Chinese (or Roman) proverb: “If you run after two hares you will catch neither” – It was used to demonstrate how it is impossible to combine making “pure science” (basic research) and business in a single project.

In the actual practicing of university business co-operation Professor Saga emphasized the role of informal discussions by using the words of his former PhD instructor: “Night seminar is more important than the day seminar, do not miss the night seminar”. These words underline the idea that formal events give too little time for people to get to know each other. After sharing some cups of sake individuals express their thoughts sincerely, which is the first step for starting collaboration. The emphasizing of the role of informal meetings sounded familiar. While doing research interviews in Finland, I have heard how new business ideas came up in the discussions during the coffee break of an official seminar organized by university or some development agency or how participation in some regional delegation turned into something more useful as discussions on the dinner table led to long lasting collaboration. Despite many cultural differences, it thus seems evident that sharing a drink or food with a fellow man is a good way to start fulfilling the third mission of the university both in Finland and Japan.