The research project “Climate Sustainability in the Kitchen: Everyday Food Cultures in Transition” at Gender Studies, University of Helsinki, is hiring

Skills, experience and other requirements

Interviews with selected candidates will take place in the second half of February.

For more information about the project, please see here.

We are looking for chapter proposals for an edited volume entitled ”Developing feminist animal studies: critical perspectives on food and eating”. If you are interested in contributing to this book, please submit an abstract (maximum 250 words), along with a brief bio to kadri.aavik@helsinki.fi by May 31, 2020. Decisions of acceptance of the abstracts will be made by early June.

UPDATE! Due to current circumstances related to the coronavirus, we have extended the deadline of the chapter proposals until May 31.

This edited volume advances feminist approaches in critical animal studies (CAS), exploring the cultural and structural oppression of non-human animals and possibilities for changing their condition from critical feminist perspectives. The volume focuses on analysing human–animal relations in the context of food production, consumption and politics. Concurrently, the edited collection responds to calls to develop distinctly feminist approaches to animal studies (see Fraser and Taylor 2018; Gruen et al. 2012; Gibson 2019). These approaches are needed to enable enriched intersectional analyses in CAS and to take into account broader developments in feminist studies that could further contribute to CAS, meanwhile challenging the anthropocentric frameworks of (mainstream) feminism. This volume offers an opportunity to consider how contemporary feminisms can inform CAS in the context of food and eating, thus offering novel insights into the development of feminist animal studies.

Particularly ecofeminist scholarship (Adams 1990/2000; Cudworth 2005; Donovan 2006; Gaard 2002; Kemmerer 2011; Kheel 2008) has been central to the development of CAS and feminist animal studies, theorising links between sexism and speciesism and highlighting animal liberation as a feminist issue (see Twine 2010). While ecofeminist perspectives inspire the approaches in this book, the volume strives to complicate and challenge the narrow focus on gender/species intersections and theories of patriarchy that have been prevalent in much of ecofeminist research.

In recent years, feminist analyses of animal oppression and approaches in CAS have critically engaged, for example, with posthumanism (Giraud 2019), colonialism and racism (Deckha 2012, Narayanan 2017), and the politics of mourning (Stanescu 2012). In addition, feminist methodologies have been developed to study human–animal relations (Birke 2014; Gillespie 2019). Despite these developments, research that utilises contemporary feminist approaches in CAS remains scattered. We suggest that contemporary feminisms provide a range of approaches that could be relevant to the development of feminist animal studies. For example, feminist theorists have examined nonhuman animals, food and eating from poststructuralist, new materialist, postcolonial, queer and science studies perspectives (e.g. Despret 2016; Giffney and Hird 2008; Hamilton 2016; Haraway 2016; Mol 2012; Mortimer-Sandilands and Erickson 2010; Muñoz et al 2015; Probyn 2016; Steinbock et al 2017; Tsing 2015). However, this theorisation has rarely taken a critical focus on the oppression of nonhuman animals nor centred on the question of food from the perspective of CAS. Thus, its implications and possibilities for benefitting CAS inspired feminist animal studies remain nearly unexplored.

Vegan scholars of colour have argued for the centrality of race in conceptualising veganism and our relationship to other animals (Harper 2010, Ko and Ko 2017). Disability theorists have pointed to the ableist underpinnings of our relationship to other animals, current food systems and debates about veganism (e.g. Taylor 2017). Queer, trans and critical race studies scholars have, for example, theorised “species identity” as a performative product that distinguishes humans from other species socially and politically (DellArvesano 2010). They have shown how racialisation works as part of the processes where human/animal boundaries and who counts as “human” are sedimented (Muñoz et al 2015). These scholars have also analysed how normative categorisations related to gender, sexuality and family intersect with those of nonhuman animals (Weaver 2015, 2017), arguing that love for nonhuman animals and multispecies styles of homemaking can question heteronormative family constellations and home spaces (McKeithen 2017). As these examples suggest, contemporary feminist scholarship has a potential to offer a variety of concepts and viewpoints that could enrich what we call feminist animal studies. In this book, we propose that there is a need to expand and enrich feminist scholarship in CAS by introducing to the field a range of feminist approaches that have been thus far employed to a limited extent in critical explorations of human–animal relations, food and eating.

We invite chapters that explore species-based oppression as an intersectional issue in the context of food consumption, production and politics from various feminist perspectives, including queer, trans, postcolonial, indigenous and disability studies feminisms. We welcome theoretical and methodological contributions as well as chapters based on empirical research. Activists are also welcome to contribute to the volume. We invite all chapters to explore the approach of feminist animal studies and/or feminist animal activism from their own perspectives. Chapter proposals can address, for instance, the following topics:

This edited collection is intended for scholars, activists and students interested in feminist approaches to human–animal relations, food and eating. The interdisciplinary book is relevant for various disciplines in social sciences and humanities, including but not limited to gender studies, sociology, environmental humanities and environmental social sciences.

Due to current circumstances related to the coronavirus, we have extended the deadline of the chapter proposals. If you are interested in contributing to this book, please submit an abstract (maximum 250 words), along with a brief bio to kadri.aavik@helsinki.fi by May 31, 2020. Decisions of acceptance of the abstracts will be made in June. Please note that the final acceptance of the manuscripts will be done only after peer-review.

First drafts (3000–5000 words) are due September 15. Contributors are invited to discuss the manuscripts in a chapter workshop, which is organised on October at the University of Helsinki or online, depending on the corona virus situation. Final versions (ca 7000 words) are due December 15, 2020.

The edited collection is prepared in a research project Climate Sustainability in the Kitchen – Everyday Food Cultures in Transition (University of Helsinki, 2018–2021). The project is funded by Kone Foundation. For further information, please visit the website of the project.

Birke, L. (2014). ”Listening to Voices: On the Pleasures and Problems of Studying Human–Animal Relationships.” In Taylor, N., Twine, R. (eds.) The Rise of Critical Animal Studies: From the Margins to the Centre, 71-87. Oxon: Routledge.

Despret, V., Buchanan, B. & Latour, B. (2016). What Would Animals Say If We Asked the Right Questions? Minneapolis, Minnesota; London, [England]: University of Minnesota Press.

Giraud, E. H. (2019). What Comes After Entanglement? Activism, Anthropocentrism, and an Ethics of Exclusion. Durham and London: Duke University Press.

Narayanan, Y. (2017). Street Dogs at the Intersection of Colonialism and Informality: ’Subaltern Animism’ as a Posthuman Critique of Indian Cities. Environment and Planning D: Society and Space, 35(3), 475-494.

Tsing, A. L. (2015). The Mushroom at the End of the World: On the Possibility of Life in Capitalist Ruins. Princeton: Princeton University Press.

Call for papers for the workshop Violence against non-human animals: intersectional perspectives

This workshop examines violence towards non-human animals. Examining and rethinking (violent) human-animal relations is especially pertinent in the Anthropocene an era where human beings are profoundly transforming the planet. Human-induced phenomena, such as climate change, have significant, and often damaging, consequences for the wellbeing of ecosystems, as well as for numerous humans and non-human animals living on Earth.

The workshop invites to examine how violence in human-animal relations is manifested in its various forms. We particularly welcome papers that take an intersectional perspective to analyse how categories such as gender, race, class, and ability are configured in violence towards non-human animals. We also encourage papers to engage with questions of how to end violence against non-human animals and positively transform human-animal relations. We invite papers from ecofeminist, posthumanist, critical animal studies, postcolonial and other critical perspectives to consider how violence towards animals figures in discourses as well as in material practices, such as food practices. The workshop is organised by the project Climate Sustainability in the Kitchen: Everyday Food Cultures in Transition at the University of Helsinki.

Please submit your abstract (max 2000 characters with spaces) by the 30th of April using this e-form.

The conference is organized and hosted by the Gender Studies Discipline of The University of Helsinki together with the Association for Gender Studies in Finland (SUNS).

The book Through a Vegan Studies Lens: Textual Ethics and Lived Activism (2019, University of Nevada Press), edited by Laura Wright, develops the new and emerging field of vegan studies. The essays in this edited volume critically analyse representations of veganism in contemporary cultures and societies. The volume is published in the series Cultural Ecologies of Food in the 21st Century by the University of Nevada Press. The volume consists of 14 chapters written from various perspectives such as cultural studies and critical theory.

Dr. Kadri Aavik from our project contributed with a chapter “The Rise of Veganism in Post-Socialist Europe: Making Sense of Emergent Vegan Practices and Identities in Estonia”. The chapter critically examines the emergence of veganism as a new social and cultural phenomenon and a social movement in post-socialist Europe, focusing on Estonia, where veganism as a practice and identity was not available until recently, due to historical reasons. The chapter considers ways in which veganism disrupts some social and cultural norms in Estonia. It suggests that an intersectional perspective is useful to understand representations of veganism and practices of vegans in more nuanced ways. 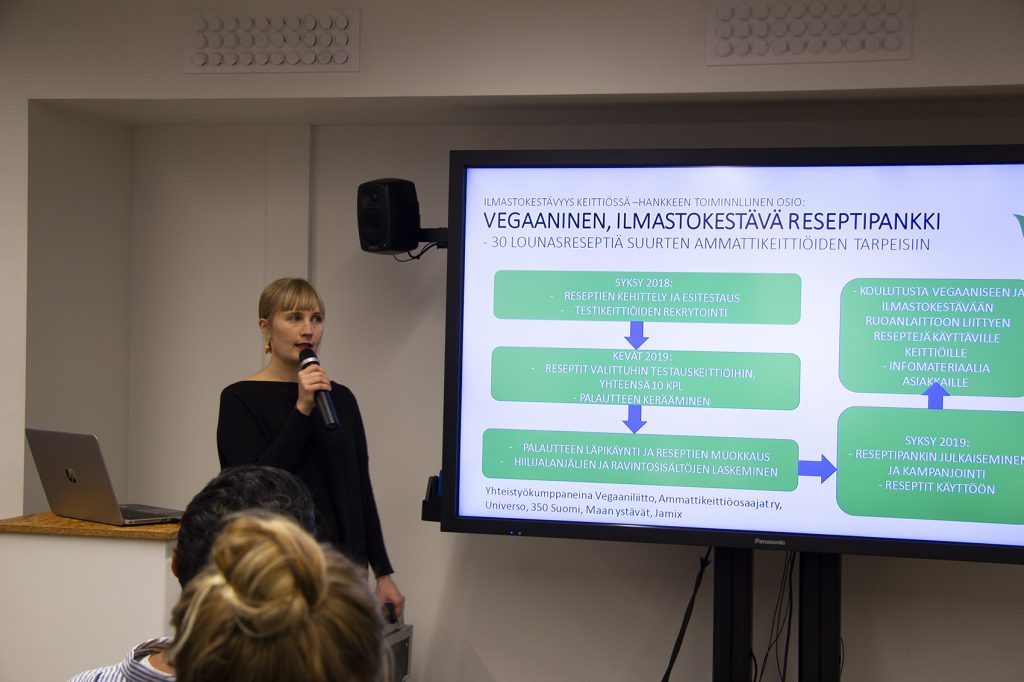 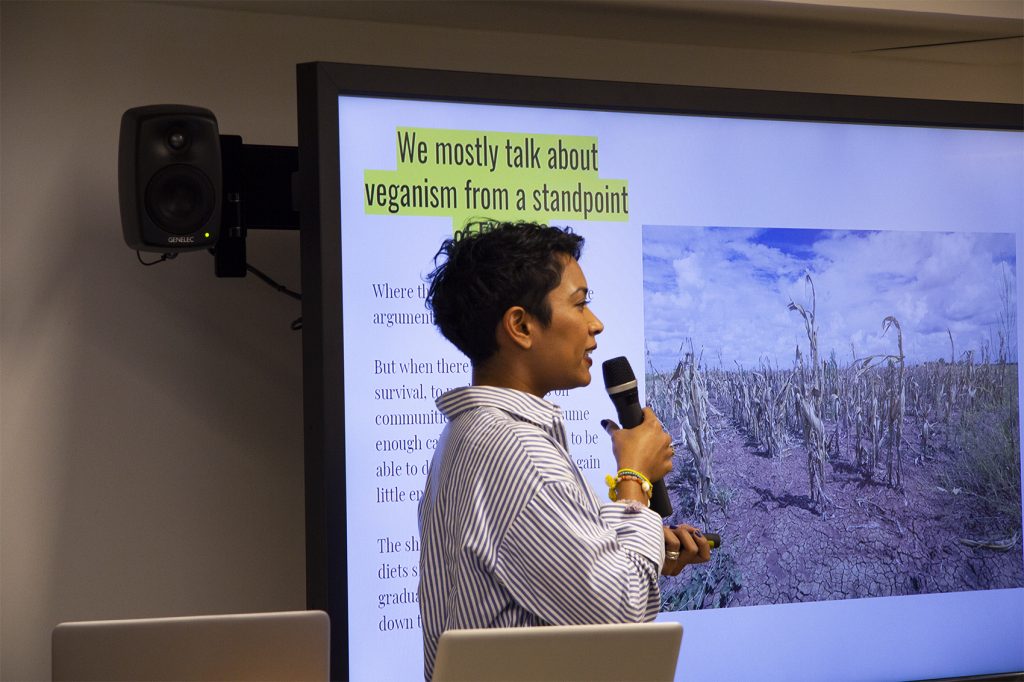 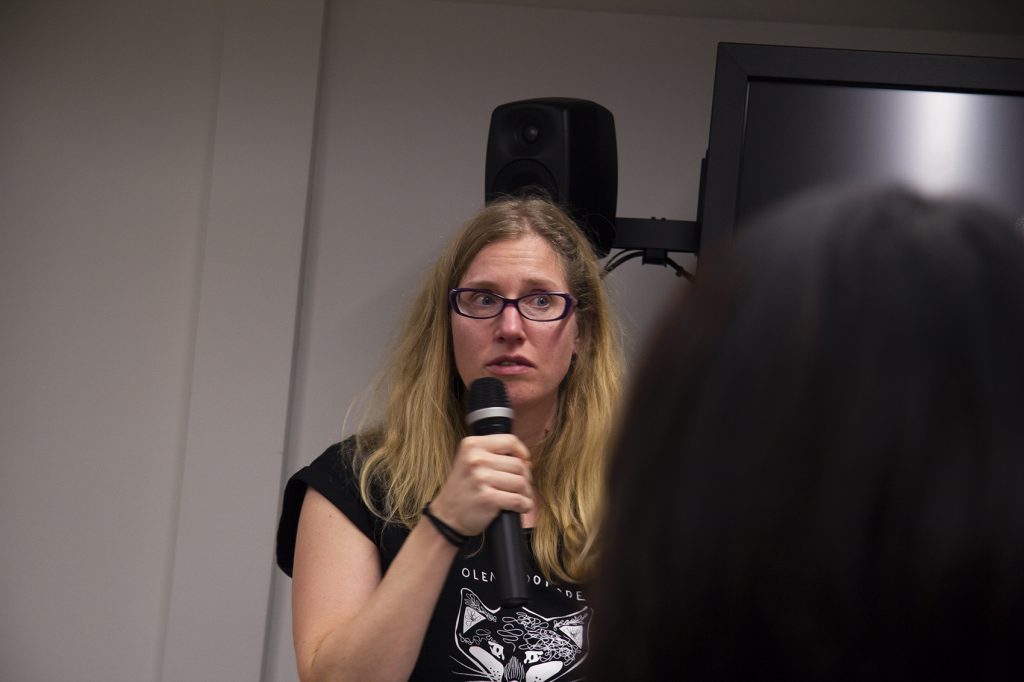 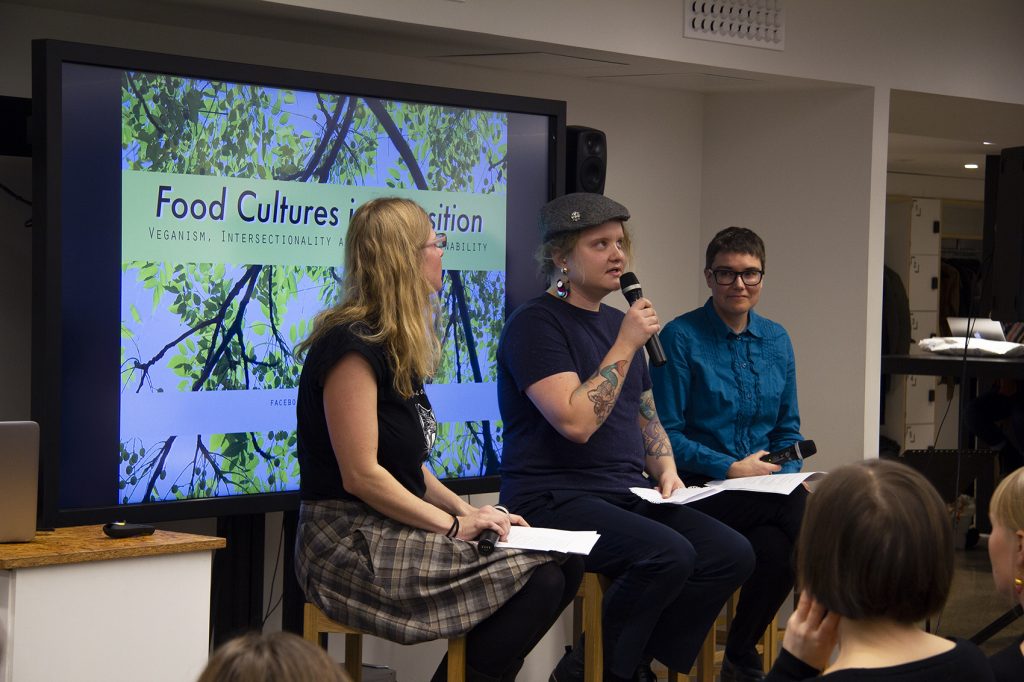