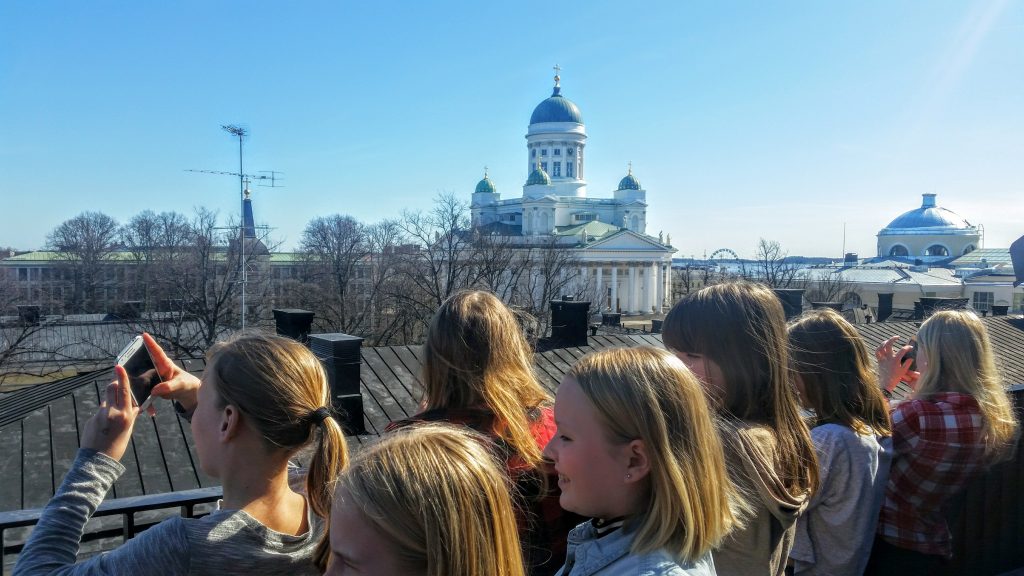 On a Friday in April 2016, the Language Centre’s director Ulla-Kristiina Tuomi received an unexpected phone call from Joonas, a pupil at Kotinummi Comprehensive School. He told her about his school’s phenomenon-based project called “Language and People”, which aimed to cross class and subject boundaries.

The pupils wished to interview language experts for their project. Soon after, the following Wednesday, the Language Centre welcomed a group of researchers consisting of year 5 and 6 pupils.

The Language Centre’s support unit for teaching and learning (OOTU) hosted the visitors. German teachers Tia Patenge and Christian Niedling as well as Johanna Vaattovaara, senior lecturer in university pedagogy, had agreed to answer the pupils’ questions. The pupils were divided into groups, each of which focused on a specific issue. One was interested in language research, while another concentrated on the history of language.

Some of the pupils’ questions made the Language Centre experts scratch their heads: “How many languages are there in the world?”, “Is language teaching easy?” and “What’s the world’s most difficult language?” But Tia, Christian and Johanna did their best and were met with the sound of scribbling pencils and approving nods.

In the afternoon, the pupils were given the opportunity to attend Pia Matilainen’s introductory course in Japanese. Though Japanese is often considered a difficult language, the pupils learned what is easy about the language as well as about the origin of Japanese characters.

When the group was leaving the Language Centre, one of the pupils was heard exclaiming: “This was such a cool day!” 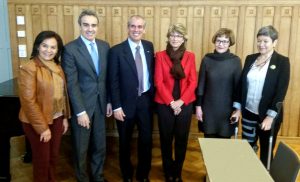 On 15 February 2016, the University of Helsinki Language Centre held a symposium on connections between Finland and Spanish-speaking countries as well as related employment prospects. Ambassadors from Spain, Mexico, Cuba, Columbia and Argentina spoke about the importance of the Spanish language at the Language Centre’s festival hall to a packed audience of students. Spanish is the second-most widely spoken language in the world after Mandarin Chinese and the geographically second-most widely distributed language after English.  The ambassadors emphasised the importance of the economic and cultural relations between Finland and Spanish-speaking countries in the near future.

The ambassadors were grateful to have been invited to the symposium. They encouraged students to embrace the rich and diverse culture of Spanish-speaking countries by studying, researching and working in them.