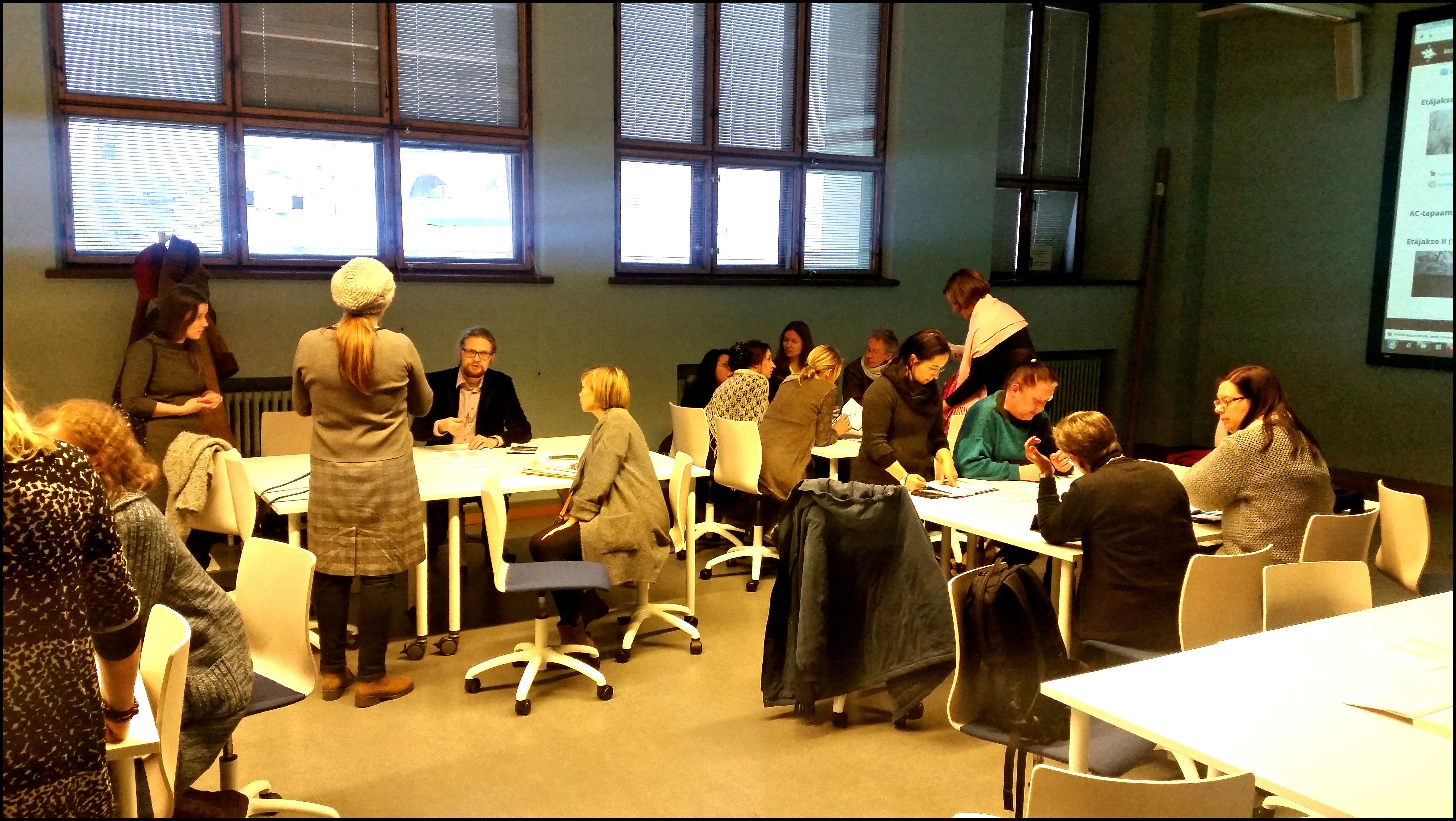 In the 2016 spring term, the University of Helsinki’s Language Centre offered an open nationwide course (5 cr) in constructive alignment in the planning, provision and assessment of language teaching. Geared to language teachers, the Language Centre’s courses on academic teaching and learning have in previous years had a handful of participants from other Finnish language centres. As demand increased, the Language Centre decided to offer a blended-learning course. The participants would need to travel to Helsinki only once or twice in the spring.

The course objectives and methods were tailored together with the participants to meet the needs of language centre staff. The course teachers were Johanna Vaattovaara, senior lecturer in university pedagogy, and Janne Niinivaara, coordinator of online learning and communications.

The course began in January with a meeting in Helsinki, after which the work continued in theme-based remote teams as well as in the local team of each of the participating language centres. The remote teams were established at the beginning of the course based on the participants’ personal development interests. Each of these teams included participants from several language centres. Meanwhile, the local teams worked on issues together with the local work community. For example, participants from Aalto University organised a motivational workshop, those from Turku held an open webinar, the team from the University of Eastern Finland arranged a development day at their language centre, the Hanken participants invited others to join in an interactive poster project in break rooms, and the Helsinki team organised a peer workshop for their colleagues.

The learning community outlined several ideas for development and concrete collaboration, the latter of which is planned to continue in the future. The course participants provided enthusiastic feedback on the support they had received to develop their work together with others by sharing experiences and using research literature that is crucial for each team. The coursework also included the peer observation of teaching, which the participants mentioned in their learning reports as an inspiring work method which many had not experienced before.

“We especially appreciated the peer observation of teaching and the provision and receipt of feedback! The course inspired/forced us to read relevant literature, and we also got to know colleagues from other universities in a whole new way,” one of the groups stated in the feedback discussion at the end of the course.

“This process is not over, but will continue! We now have the tools necessary for professional development,” another group wrote in its feedback summary.

FROM EXPERIMENT TO CONCEPT?

As of the beginning of 2017, training in university-level teaching and learning is no longer organised on a unit-specific basis, but centrally by the Centre for University Teaching and Learning (HYPE). The experiment may not lead to nationwide courses tailored for language teachers, but the course concept can be applied within each university by creating a network of teachers on different campuses.

“A course that combines online work with teamwork based on the jigsaw method supports teachers in using digital tools and develops their teamwork skills. This nationwide blended-learning course has been one of the most meaningful teaching and learning experiences I have ever had,” Johanna says.