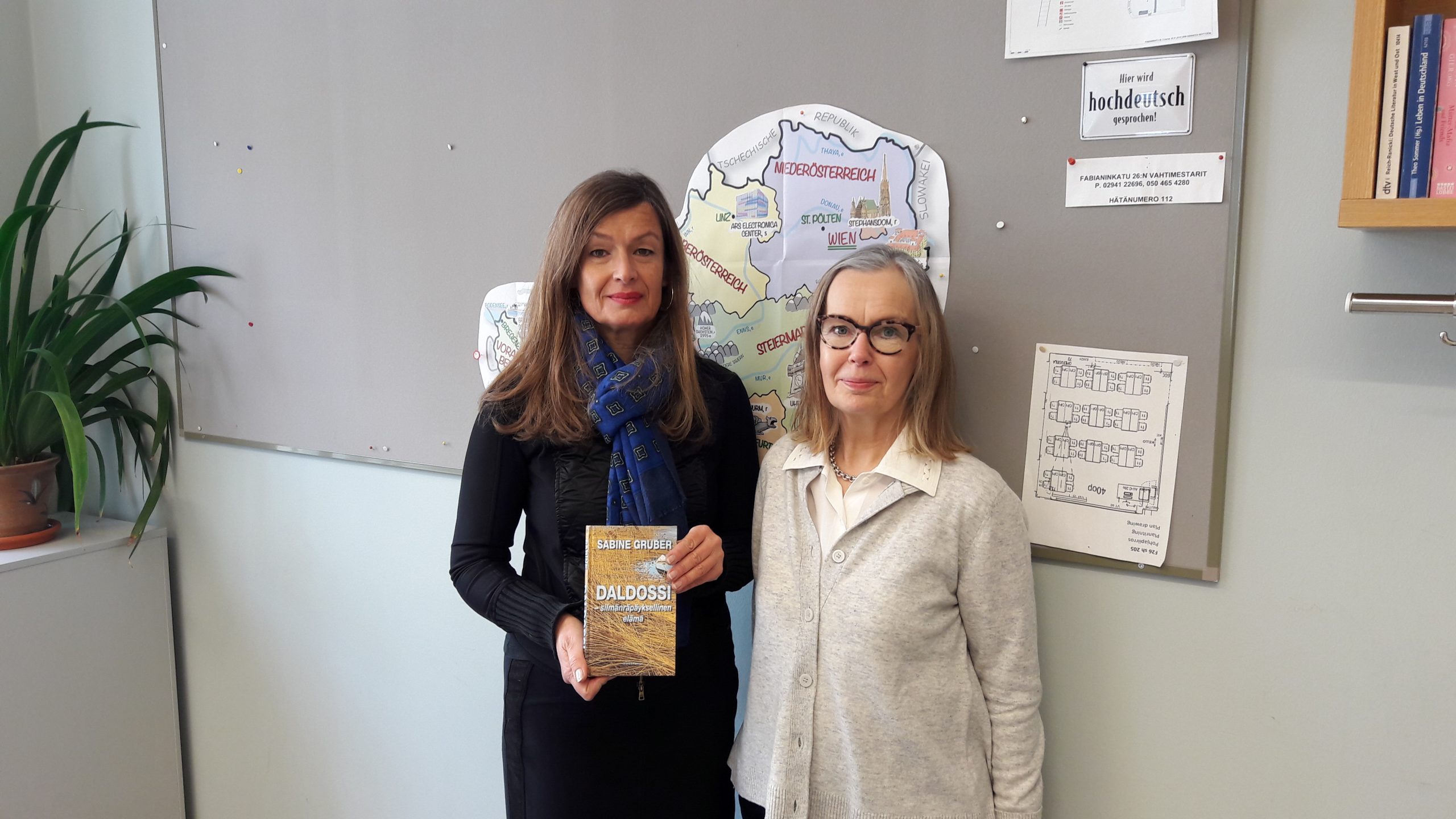 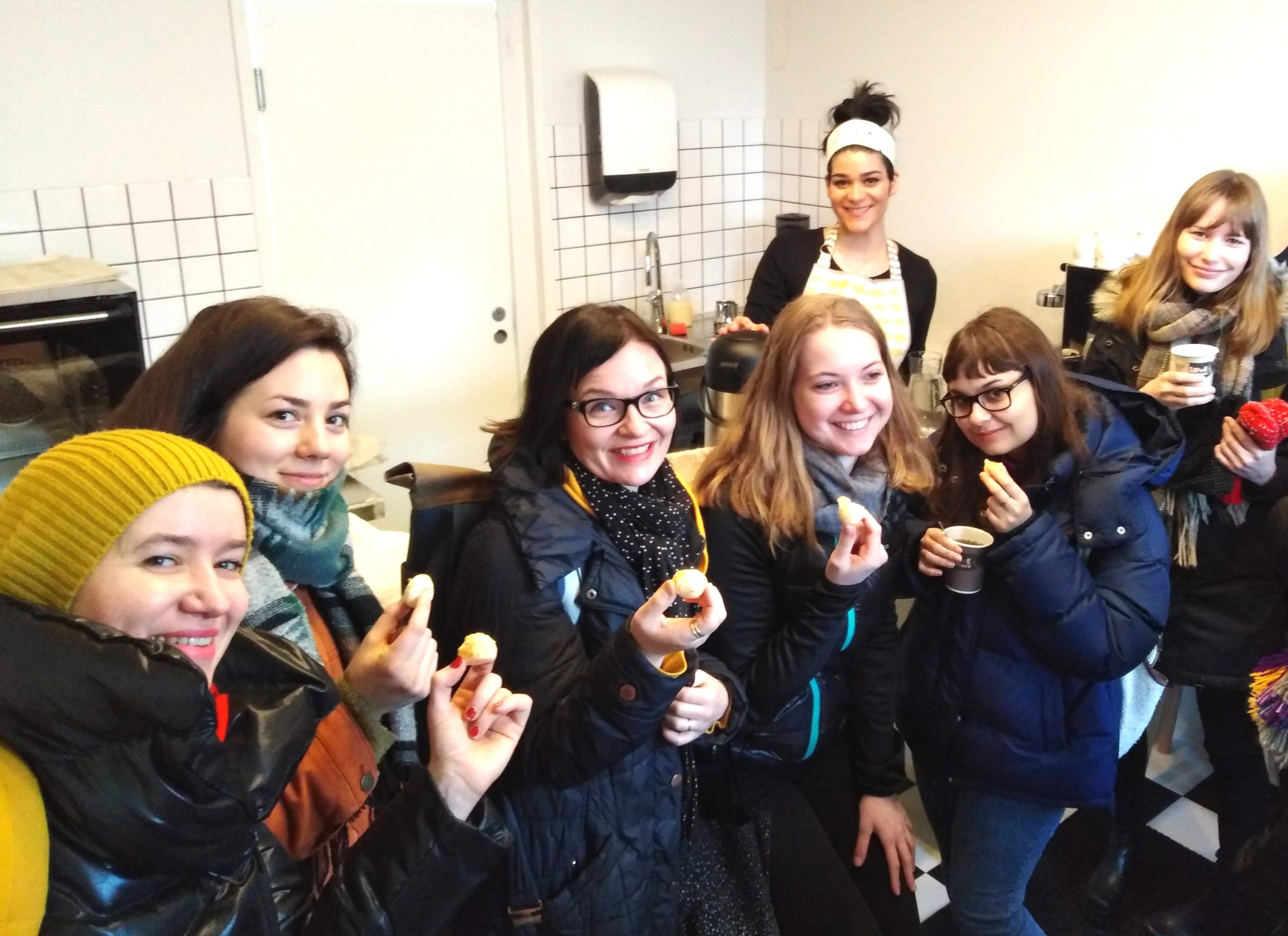 April: Minna Intke-Hernandez, university instructor of Spanish (third from left) and Raquel Fernández, a Spanish teacher trainee (second from right), took a group of students to the Chipa Kiosk in Hakaniemi. They were offered tasters of the items available and listened to a presentation of the company in Spanish. They also found out more about the story and tradition of chipas (South American cheese bread balls). 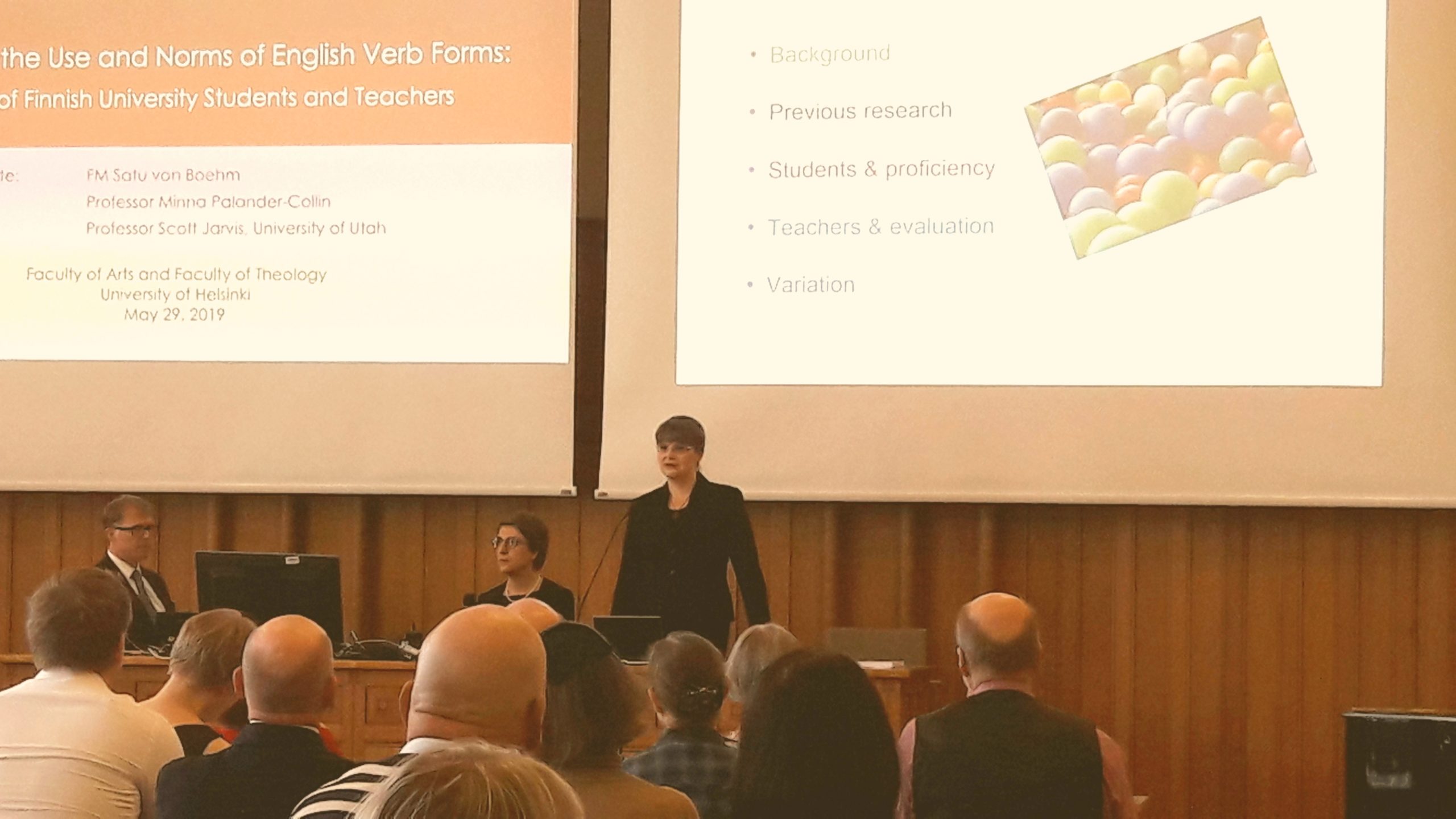 May: Satu von Boehm, university lecturer of English, defended her doctoral thesis in the Language Centre festival hall on the topic of ‘Variation in the Use and Norms of English Verb Forms: A Study of Finnish University Students and Teachers’. 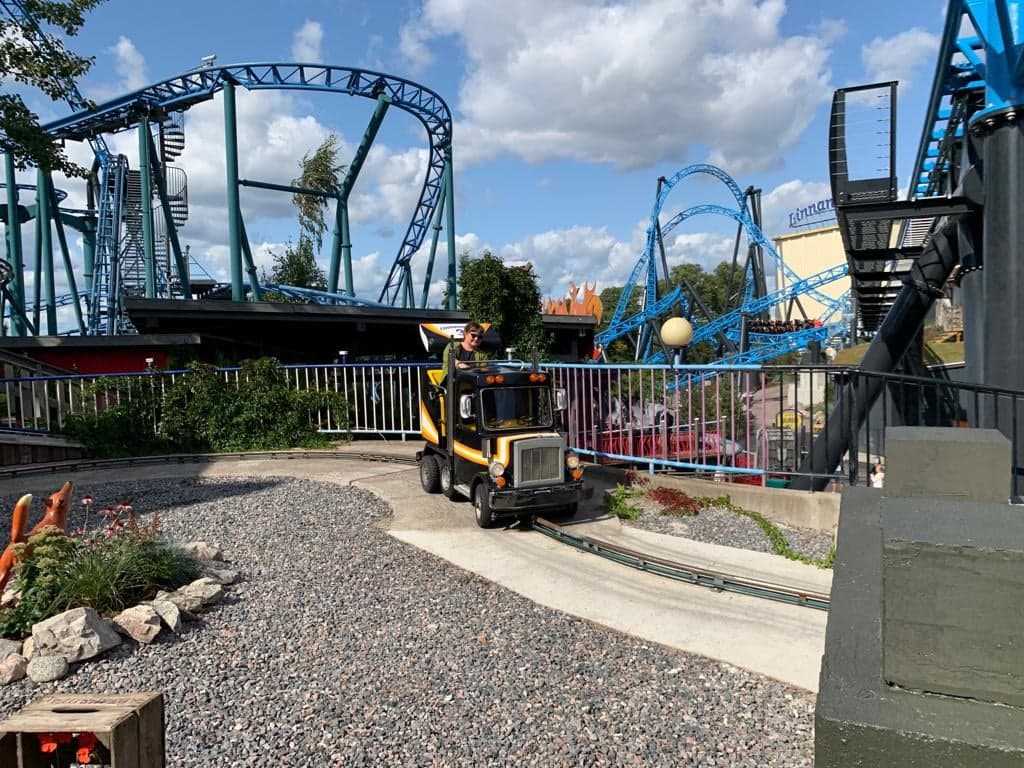 August: The Language Centre’s development and recreation seminar was organised in the Linnanmäki amusement park. In the picture, University Instructor Riikka Järvelä shows how it is done. 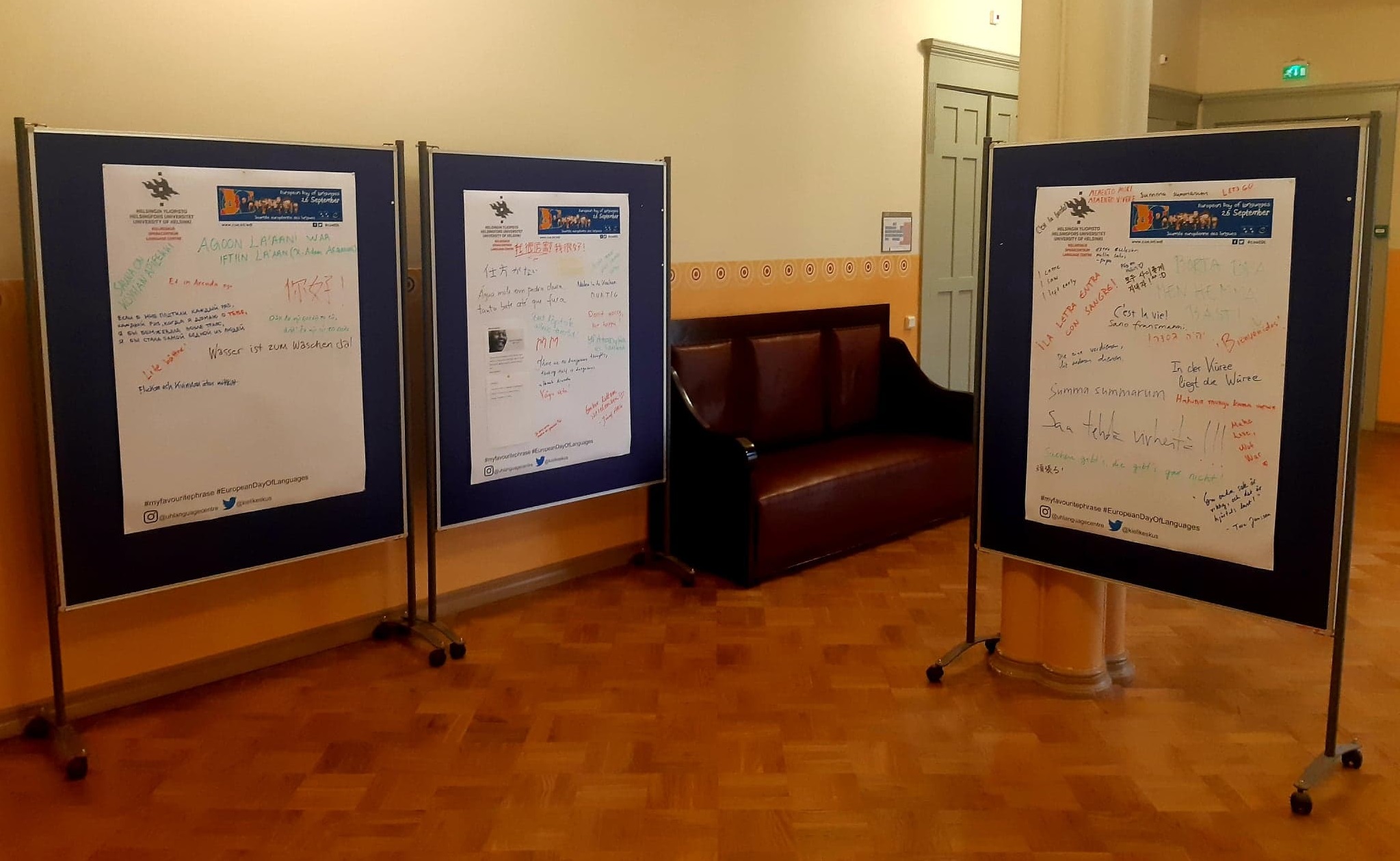 September: To celebrate the European Day of Languages, the Language Centre asked members of the University community about their favourite phrases in various languages. The results were on display in the Fabianinkatu 26 facilities for a few weeks. 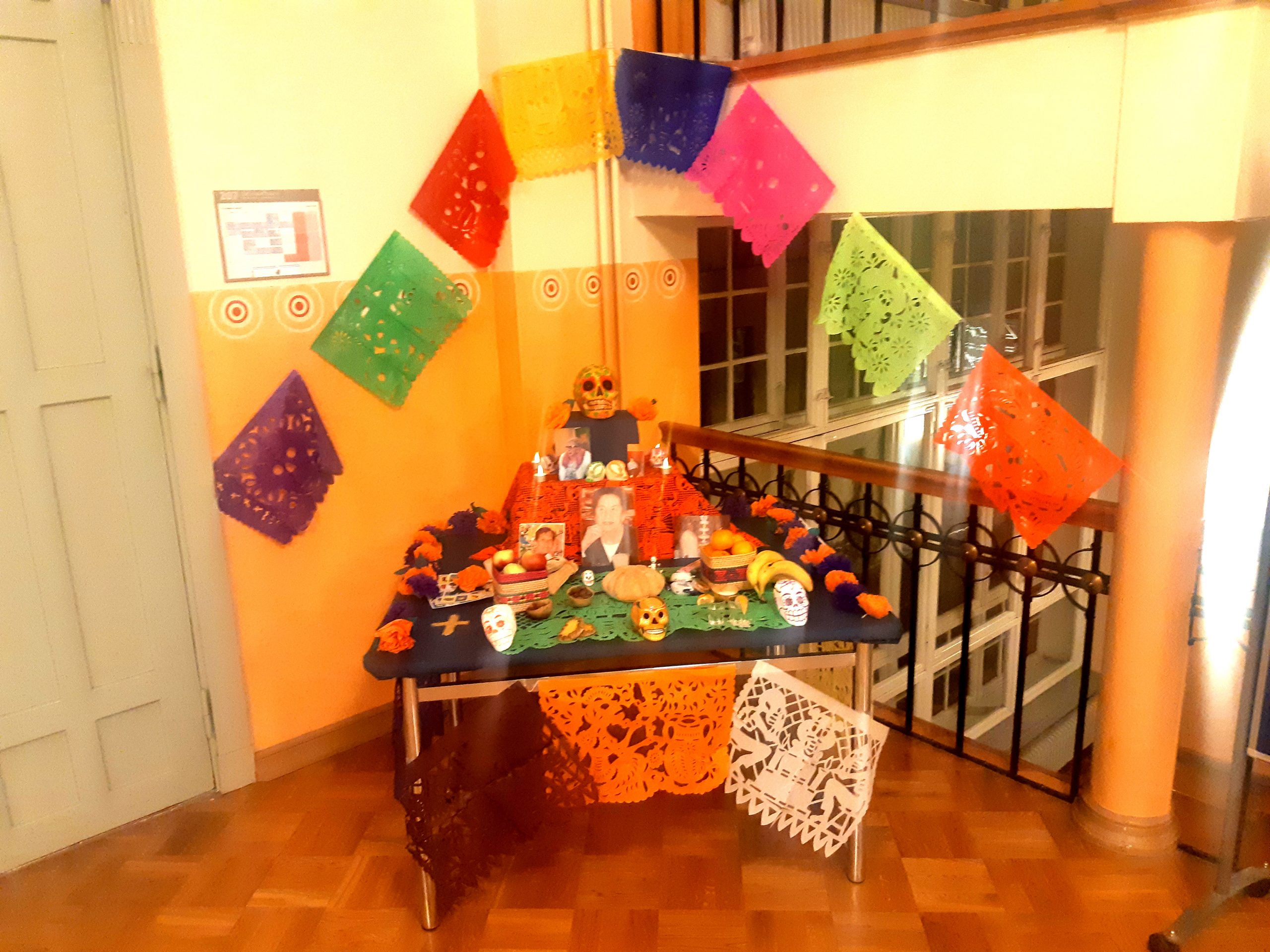 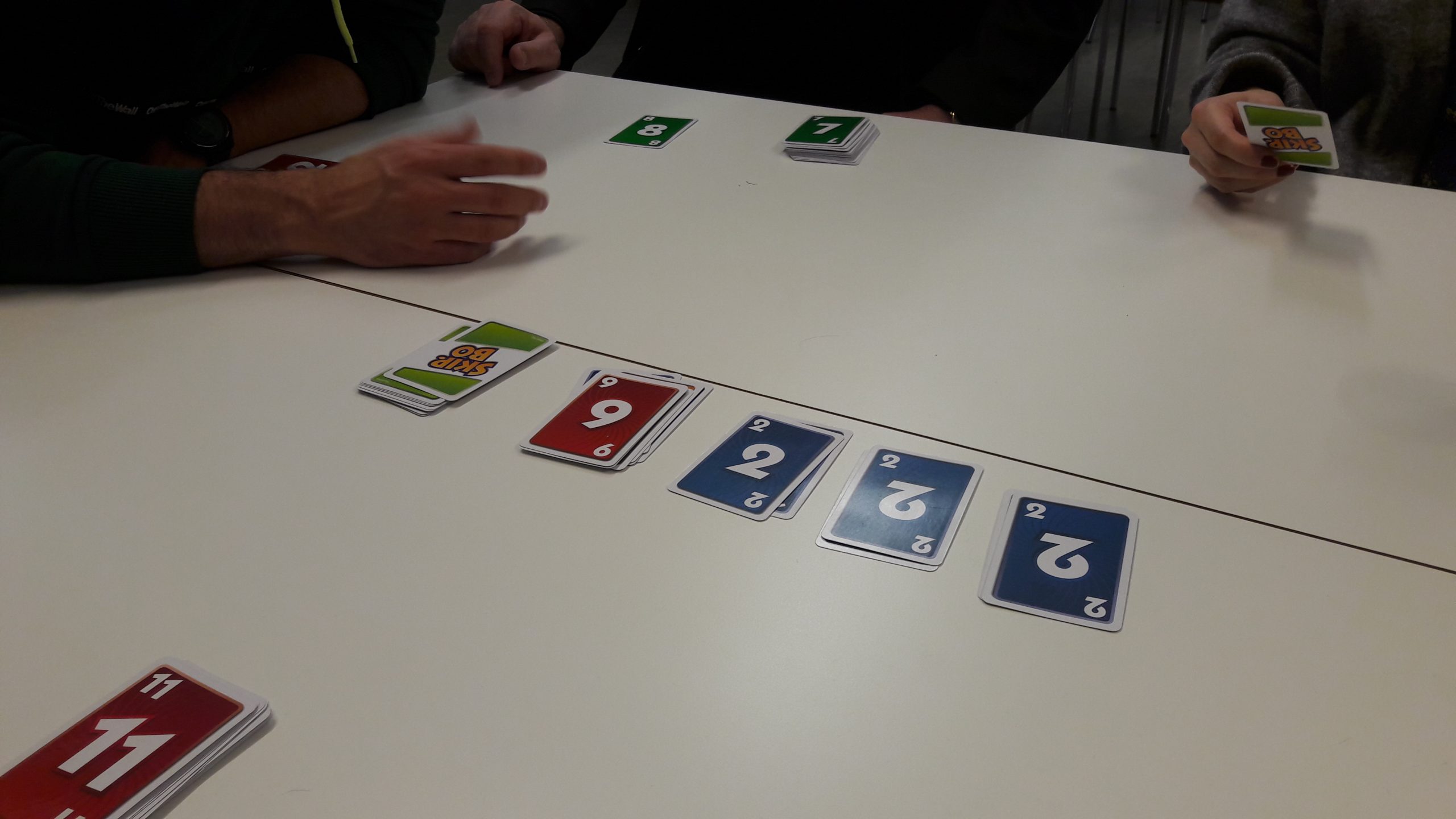 November: The Language Centre committee for wellbeing and guidance (HYMY) was responsible for organising the HILC seminar in November under the theme of ‘Play and relax’. The Language Centre staff had the opportunity to choose an activity from among laughter yoga, a relaxing workout or board and card games. 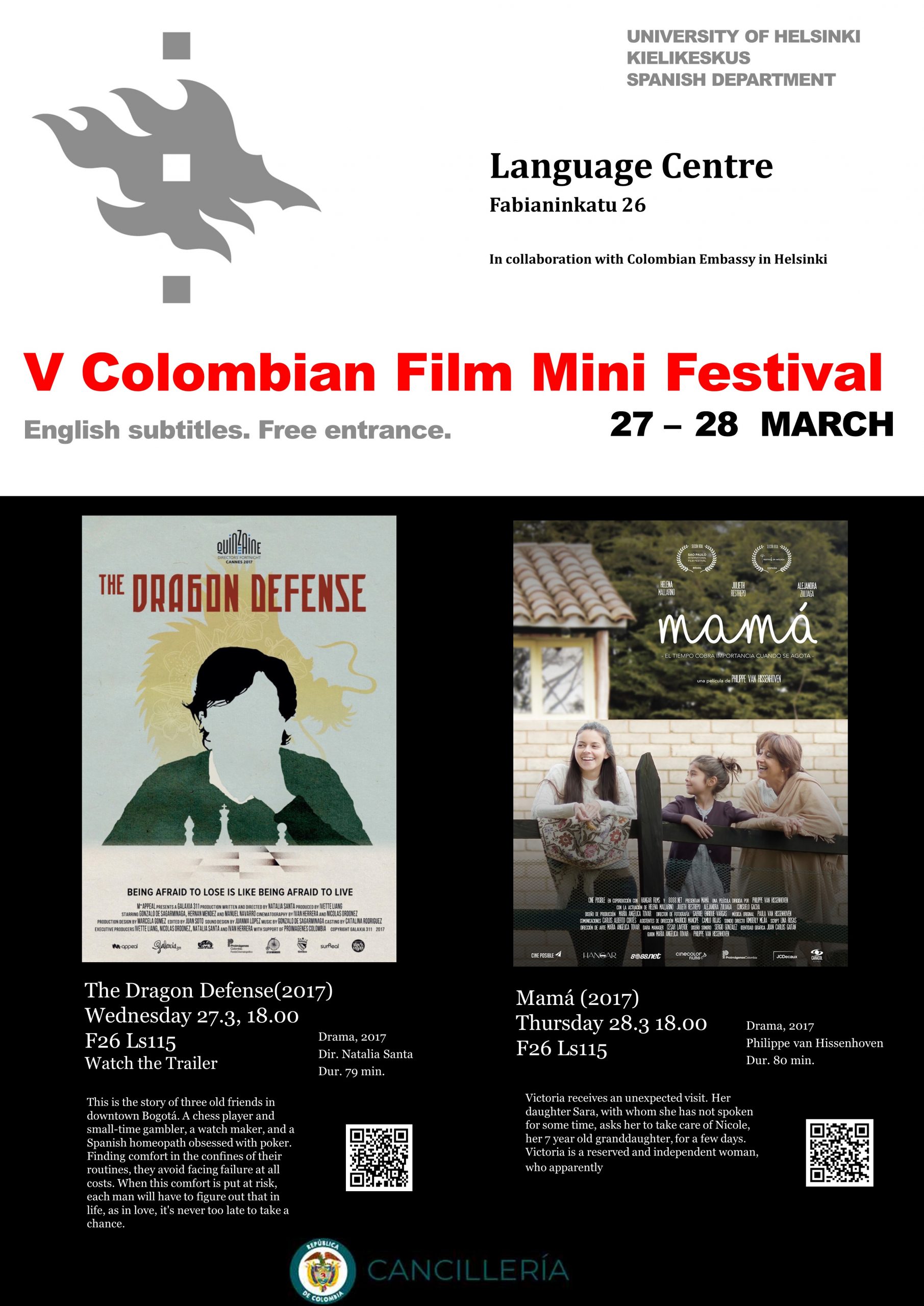 November: A collaborative effort by the Language Centre and the Columbian Embassy, the Columbian Film Mini Festival was organised for the fifth time. 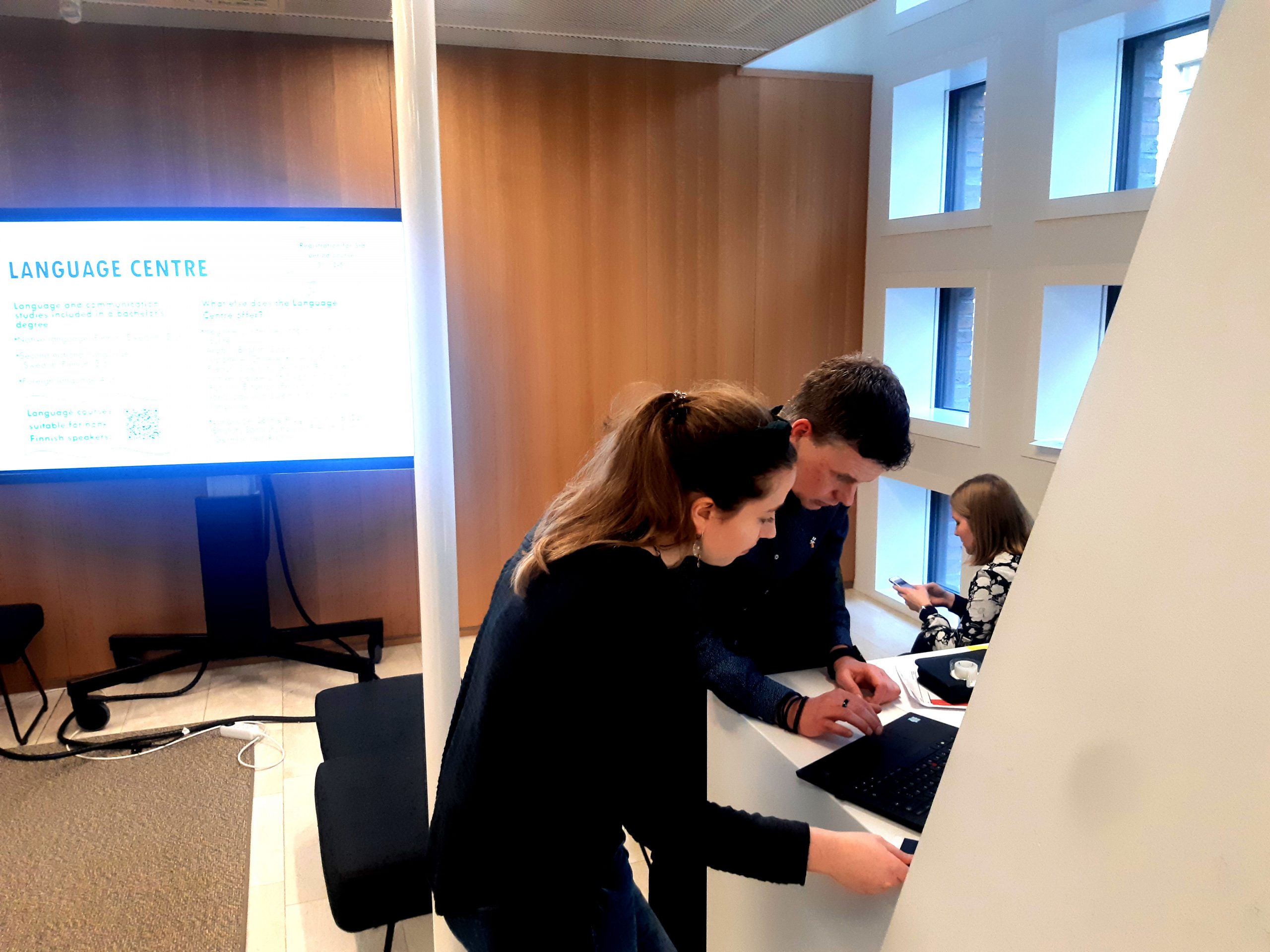 December: A special guidance session on communication and language studies was organised in the Kaisa House Guidance Corner on an afternoon in December. Students had the opportunity to ask about various ways of completing compulsory and optional language studies. 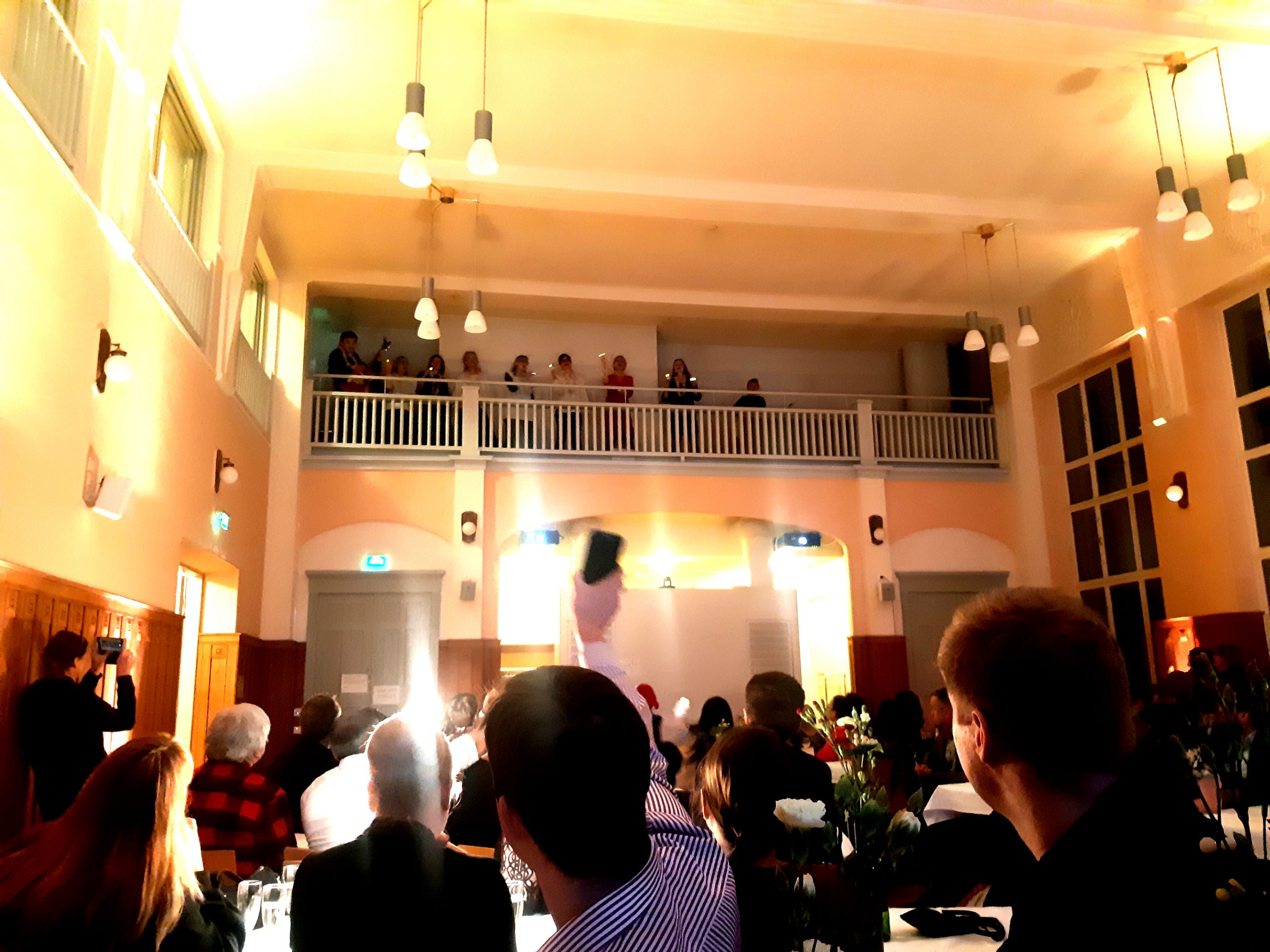 December: The Language Centre held its Christmas party in its own facilities for the first time in years. The programme began with the Language Centre’s Singing Tongues (Laulavat kielet) choir getting the staff into a multilingual Christmas spirit.