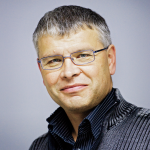 Carl-Gustav Lindén is an Associate Professor of Data Journalism at the University of Bergen (Norway) and a docent at the Media and Journalism Development in University of Helsinki (Finland). His main research interests are data-driven media and journalism as well as media business models. He recently published the book, “Silicon Valley och makten över medierna” (2020, Gothenburg: Nordicom). Previously, he was a Senior Communications Specialist at UNU-WIDER, a research institute within the United Nations University. He has a background as a business journalist and opinion writer working for print and television. 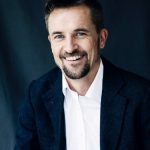 Professor Mikko Villi is a Professor of Journalism in the Department of Language and Communication Studies at the University of Jyväskylä (Finland). An emphasis in his work is on the contemporary context for journalism, especially new media platforms and social media. Among his interests is also the study of media organizations and media management, thereby joining the study of organizational communication with journalism and media studies. 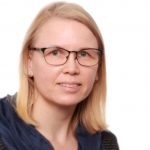 Docent Katja Lehtisaari is a Senior Lecturer in Journalism at Tampere University (Finland), and a Docent of Media and Communication Studies at the University of Helsinki (Finland). Her research topics include media business, media policy, changing media structures, and journalism – often in an international setting. She is the co-editor of the book Freedom of Expression in Russia’s New Mediasphere (2020, with Mariëlle Wijermars) and editor-in-chief of Idäntutkimus, a Finnish review of Russian and East European Studies. She has a background as a business journalist. 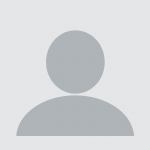 Mikko Grönlund is Research Manager of the Brahea Centre at the University of Turku (Finland). He has more than twenty years of experience in domestic and international media-related research projects. His work has concentrated on issues such as media business models, the economic development of the media industries, concentration and ownership in media markets, and the impact of digitalisation on different media and creative industries. The European Commission, Finnish ministries, industry federation and companies have commissioned his research projects. He has published articles in academic journals such as Journalism Studies, European Journal of Communication, Digital Journalism, and Journal of Media Business Studies. In addition, he is the author of several media economics and management related reports, books and book chapters. 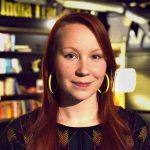 Doctoral researcher Hanna Tuulonen is a third year doctoral student at the Swedish School of Social Science, University of Helsinki (Finland). In her PhD thesis Hanna researches how news automation is used in China, and what kind of effects it has on news work and content in China and in Europe. Previous to her PhD studies, Hanna worked as a journalist and correspondent for e.g. Xinhua and several Nordic media outlets, and she has a Master’s Degree in International Investigative Journalism. 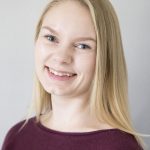 Liisa Niemi is a MA in Journalism from the Department of Language and Communication Studies at the University of Jyväskylä (Finland). Her research interests include the future directions of digital media and journalism as well as social media. She has a background as a journalist working for local and national newspapers in Finland.