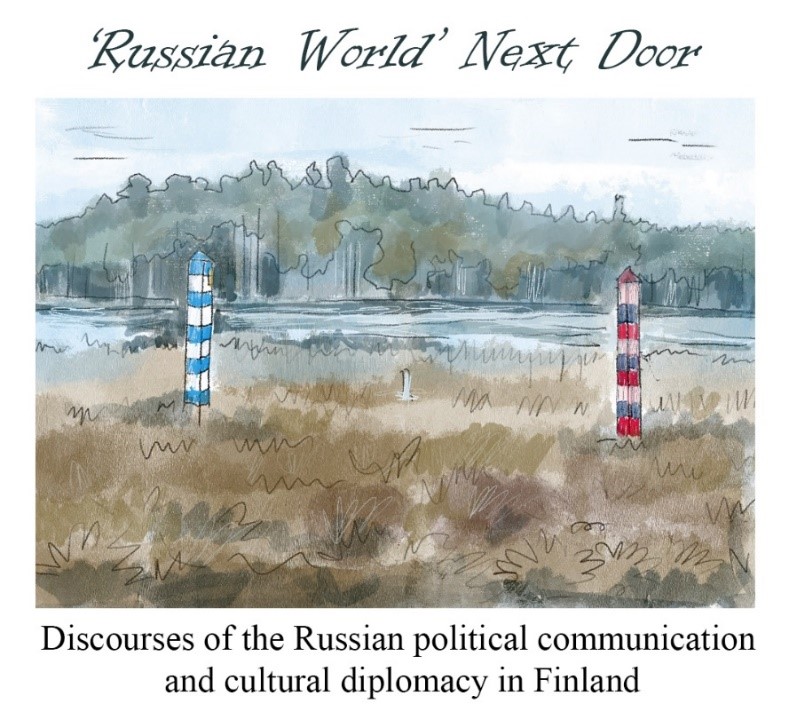 Online talk in September hosts a kick-off seminar on the project “‘Russian World’ Next Door: Discourses of the Russian Political Communication and Cultural Diplomacy in Finland”. The project will be presented by Vera Zvereva, Tatiana Romashko and Rasa Žakevičiūtė from the University of Jyväskylä. Researchers will talk about the objectives of the study and the original goals of the project, and how they were affected by the Russian invasion of Ukraine in February 2022.

Online talk will be organized in Zoom September, 13 from 12:00 to 13:30 (Helsinki time). If you want to participate and get emails about the next online talks, please leave your contact information here until September, 12 noon: registration form. If you registered for Online talks or RMLN email list before, no need to register again, you will get the information.

About the research project: “Russian World Next Door” seeks to examine the discourses, ideas and images of the “Russian World” seen as a particular niche of Russia’s soft power and a geopolitical strategy aimed at leadership in Finland. It explores discourses, content, and ways of disseminating ideological messages in Russian political communication and cultural diplomacy in Finland.

The project aims to:

Since the Russian invasion of Ukraine, political situation has been changing rapidly. There is a significant reduction in the space of “Russian cultural diplomacy” in Finland. Internet sources that supported the activity of Russian pro-state organizations in Finland are disappearing, and the reluctance of our potential respondents to talk about topics related to Russia, Russian culture or Russian-Finnish cooperation is growing. During the Online talk, we will discuss new ways of collecting data and possible research methods, receive critical comments and suggestions from the audience on our plan, and think together about possible ways of collaborating with interested researchers.

Researchers’ bio: Vera Zvereva, PhD, is a Senior lecturer in Russian language and culture, University of Jyväskylä; member of the Steering Committee of the international online journal Digital Icons: Studies in Russian, Eurasian and Central European New Media. She has published on media culture, television and new media studies. She is the author of monographs Network Talks: Cultural Communication on the Russian Internet [in Russian] (University of Bergen, 2012) and Real Life on TV Screen [in Russian] (Moscow: RSUH, 2012), and a co-editor of collected volumes: From Central to Digital: Television in Russia (with Vlad Strukov) [in Russian] (Voronezh, 2014), and Memory, Conflict and New Media: Web Wars in Post-Socialist States (with Ellen Rutten and Julie Fedor) (Routledge, 2013). Her current research deal with populism, Russian state propaganda and political communication in digital media.

Rasa Žakevičiūtė is a researcher and lecturer at the Department of Social Sciences and Philosophy, University of Jyväskylä, Finland. As a sociologist, Rasa is interested in post-Soviet transition, co-creative decision making, visual communication and data visualization. Since 2016 her main research and teaching interests are in visual research methods, data presentation and vizualization, and visual communication.

Tatiana Romashko is a PhD candidate at the University of Jyväskylä, Finland. Her research interests encompass Russian cultural policy, Finnish-Russian cross-border cooperation, governmentality, and post-structural discourse theory. At present, Tatiana is finishing her doctoral research, which is devoted to the emergence of state cultural policy in Putin’s Russia.