I am of the generation of women who have seen their princesses turn into generals — or, well, at least one: Princess Leia. In the Star Wars films of my youth, Princess Leia was very much the damsel in distress, albeit a sassy and outspoken one, rescued in turn by her brother Luke Skywalker and by the rogue Han Solo (and sometimes rescuing them back). Seeing the character then enter the scene decades later as the down-to-earth and unobtrusive, yet authoritative and respected General Organa, leader of the galactic resistance movement, with life, experience, and pain clearly visible in her expression, was a powerful narrative moment.

The Star Wars saga is a violent story of interstellar war, of good vs. evil, of heroes and witty droids fighting stormtroopers, dark lords and destruction. As such it is a classic narrative, not unknown to any genre from the Bible to Medieval ballads, from Renaissance drama to post-modern fantasy. While war is traditionally a male topic (and not a topic endorse as such, I may add), yet, the development of this one science-fictional female protagonist gives me pause. The Princess who became General.

This plot, however, is not unprecedented in fiction — nor is it unparalleled in history. In the genre of the early English novel we meet heroines who mature from princesses (or rather: young society girls) into strong, independent women making their own choices. With Jane Austen (1775–1817), for example, we far too often focus on the female protagonist’s pursuit to marry – preferably well and for love. But if we look to the continuum of Austen’s writing, from her early juvenilia and her first published titles, to her latter three novels, we can see how she eventually develops her heroine into a woman mindful of the social structures of her time (Mansfield Park, 1814), searching for her place in the world (Emma, 1815/16), finally finding herself beyond the choices made for her by others (Persuasion, 1818). Although it may seem that the victories of even these later Austen heroines are ultimately mostly romantic and thus perhaps trivial in the larger scheme of things, yet, set in the social context of the times, the manner in which these victories were achieved was indeed revolutionary. (And, to be fair, also Princess Leia gets her prince in Han Solo.)

On a professional level, Jane Austen had the good fortune to be born in a family that encouraged and supported her literary pursuits, but even then, becoming a published female author in late-18th-century England was not uncomplicated. Growing from a clergyman’s daughter with a vivid imagination and a gift for story-telling into one of the most influential female writers in England, Jane Austen shows, with her own example, what determination and resoluteness in pursuing your vision can do.

In English royal history, perhaps one of the most powerful tales of female endurance can be found in the legends of Eleanore of Aquitaine (1122–1204), Duchess in her own right and then queen, first of France, then of England. Having admittedly (and not unlike Princess Leia) inherited a title and wealth, which gave her a standing in life as well as made her the most eligible bride in Europe of the time, Eleanore also led armies and participated in crusades. Adventuring her life and freedom (and ending up imprisoned by the king for sixteen years), she took to arms to defend the legacy of her sons, and she lived to see and support two of them become kings.

What the story of General Leia Organa has in common with as well the fictional later Jane Austen heroines and both the celebrated author herself and the legendary Queen Eleanore, is showing that the true Force lies in perseverance, stamina, and faith. It is the perspective of time in each of these stories, be they fact or fiction, that helps us connect to the narrative and learn from the plot development. These women all had to struggle to follow their calling, and they may have come to share the conclusion that “God never gives us more than we can handle, so if He gives you a lot, take it as a compliment”* — and they all prevailed. Maybe these heroines, then, both fictional and real, can lead the way and show us that it is worth pursuing a dream and fighting for a cause, and that the tomorrow which we seek, whether in the area of love or labour, is out there to be reached — not only a long time ago, or in a galaxy far, far away… 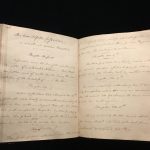