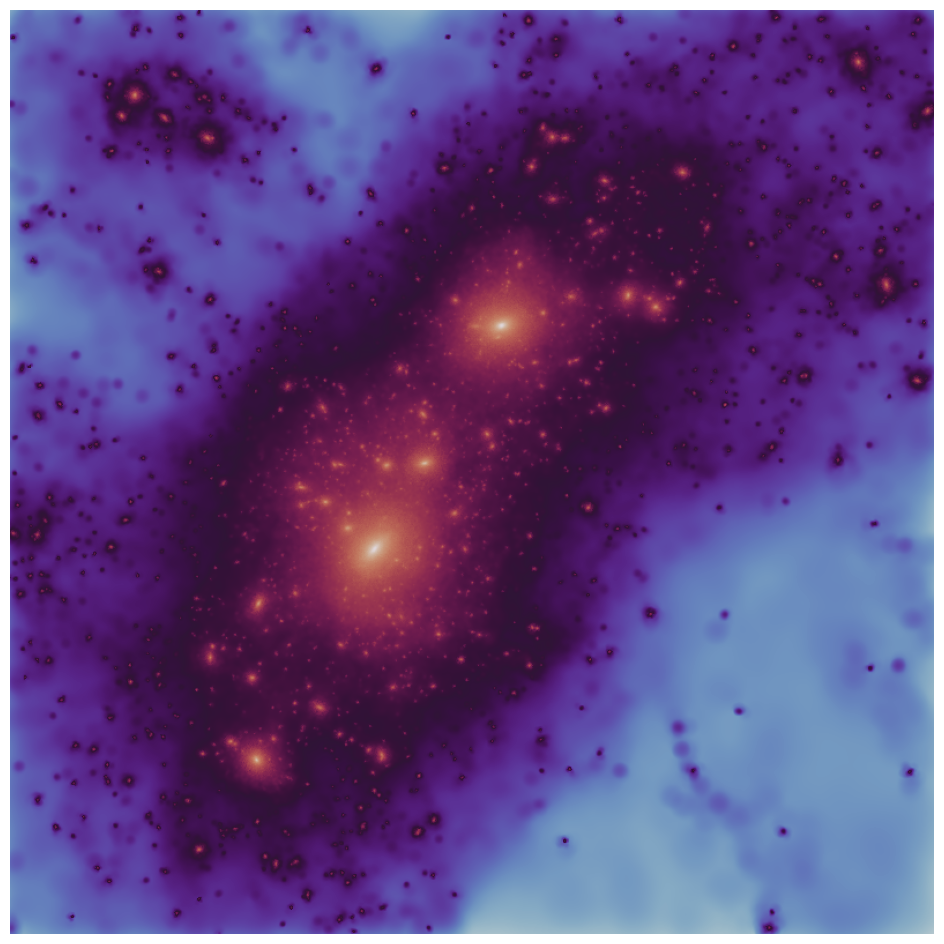 Cosmological simulations evolve a density field, specified at high redshift, forward in time. One of the tenets of the Inflationary Model is that the initial density fluctuations were created by quantum fluctuations within a fraction of a second during the Big Bang. Any density field can be described by the amplitudes of the fluctuations (the Power spectrum), which are determined by the cosmological model, and the phase information, which determines the specific peaks and dips in the density at different locations. A common way to parameterise this information is using Fourier modes.

In this paper, we use a new method for setting the initial conditions for cosmological simulations, building on earlier work by Adrian Jenkins, to specify the phase information. Instead of Fourier modes, we use orthogonal Octree basis functions, which have the benefit of being localised in space. By creating many variations of density fields, changing the phase information on different levels of the Octree (different spatial scales), we measure which scales in the very early universe effect the foŕmation of haloes we can observe today.

We quantify, for example, on what scales the information for objects like the Milky Way or the Virgo Galaxy cluster is defined. We also quantify how perturbations of the density field on smaller scales affect observable properties of the system, such as the mass, concentration, or position. 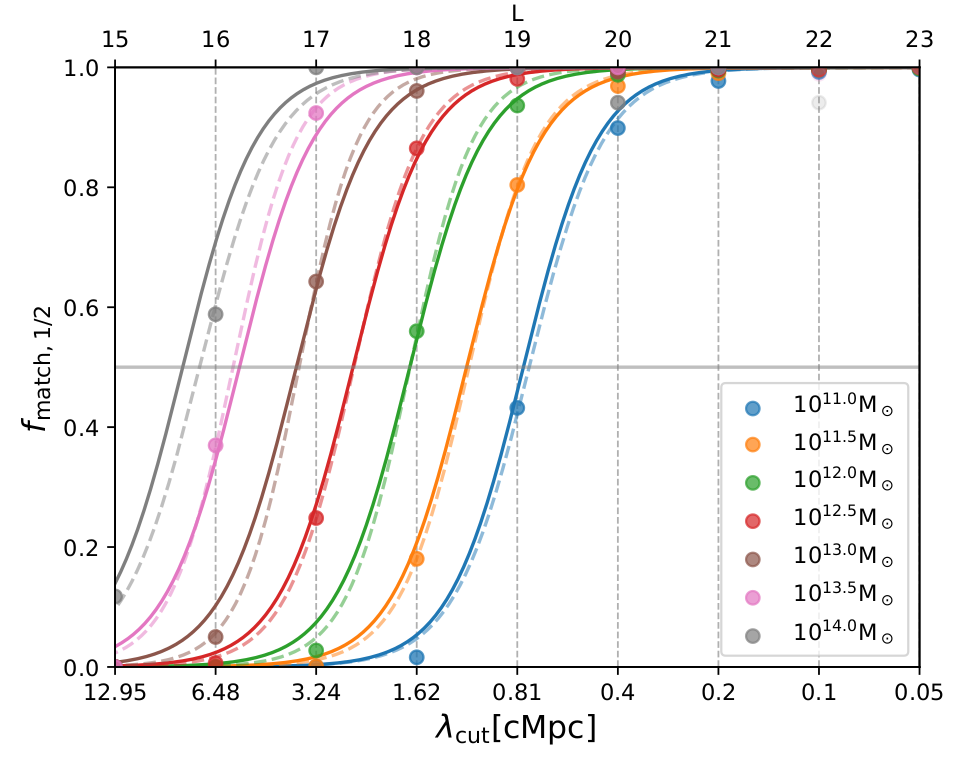 The level of the Octree (top axis) and the equivalent length scale (bottom axis) at which the density field needs to be specified in order for haloes of different masses to be uniquely defined. For example, Milky Way mass haloes (green line) are defined by density fluctuations of approximately 1.6 Mpc.

We, astronomers and astrophysicists from Finland and in Finland, strongly condemn harassment and discrimination. This includes but is not limited to harassment or discrimination based on sex, gender, sexual orientation, race, or disability. Harassment can take the form of unwanted sexual attention, bullying, coercion, or the creation of an unsafe or hostile work environment, especially in the presence of imbalances of power. Our own academic community is no exception.

Harassment is a serious offence that too often goes unreported and unchallenged. When  victims come forward, they must be able to rely on our support. We must address the issue head-on. Otherwise, we not only enable harassers, but also send a devastating message to the individuals who have been harassed – and whose careers are often destroyed or seriously disrupted – as well as to the whole community.

Our concern and solidarity is first with victims of harassment, and with the right of all staff and students to work in a healthy and safe environment. And while we also recognise the possibility of rehabilitation, it can only be at the end of a process that begins with an acknowledgement of the offense, and taking responsibility for the harm caused.

The Finnish astronomical and astrophysical community is diverse and international, and it is also deeply connected. It strives on principles of fairness and equal opportunities. Harassment or discrimination threaten our community and our way of working together. They have no place here.

Finnish or Finland-based astronomers or astrophysicists, please use this form to sign: https://goo.gl/forms/TSqOjg1pIq1xHtNA2

Other academics, please use this form to show your support: https://goo.gl/forms/GQ0oImljndVEl68q1

The APOSTLE collaboration is “A Project Of Simulating The Local Environment”.

An offshoot of the EAGLE collaboration, it was started by myself, Carlos Frenk, Azadeh Fattahi and Julio Navarro in 2013, and has now grown to a large international collaboration. To date, more than 20 papers based directly on APOSTLE data have been written by more than 30 different co-authors from Argentina, Belgium, Canada, Chile, China, Finland, Germany, Iran, Ireland, Italy, Mexico, the Netherlands, Poland, Romania, Switzerland, the UK and the US.

Click below for a list of APOSTLE papers published to date. We also keep a repository for ongoing projects (password required). If you are interested in using APOSTLE data for your own project, please send me an email (till+DOT+sawala+AT+helsinki+DOT+fi)

END_OF_DOCUMENT_TOKEN_TO_BE_REPLACED 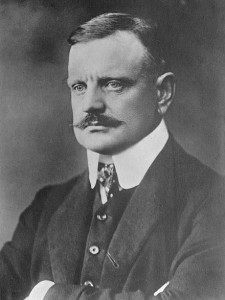 Music to our ears: CSC, the Finnish national supercomputing centre, have approved our Grand Challenge application for the SIBELIUS project: simulations beyond the Local Universe. Lots of exciting things to come!

I have moved on – and I have found a new academic home in the astrophysics group at the University of Helsinki. I’ll be working with Peter Johansson, but of course, I’ll still work with my colleagues from the ICC in Durham. 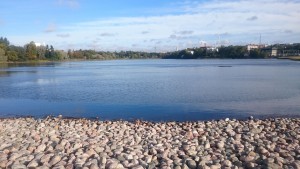 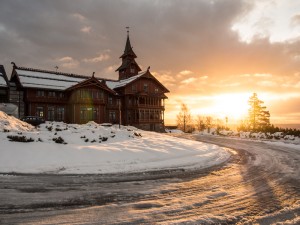 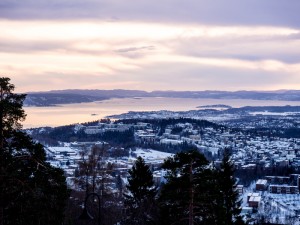 END_OF_DOCUMENT_TOKEN_TO_BE_REPLACED

Dirac Day is being held in Durham, and I have prepared another augmented reality poster using DARO (This time exploring the state container, which allows for much greater flexibility). As before, the augmented reality elements will work if the poster is viewed on your screen just like the printed poster.

If you have just scanned the QR code using your phone, but you are reading this message, you probably have not installed the DARO viewer yet. Please speak to me – I’ll be happy to lend you my tablet. Alternatively, you can download the latest version of DARO for your phone from the DARO project website. I can also help you install it.